World Congress on Pain comes to you. 3: Learning Pain pt 1 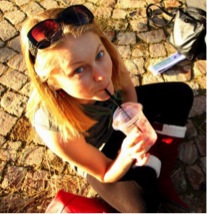 Professor Johan Vlaeyen delivered his plenary lecture at the World Congress on Pain over video. The IASP promised to provide the recording on their website, but some of you had already asked for blog posts on the congress sessions, so I will provide a synopsis of Prof Vlaeyen’s lecture here. His talk was a helpful exploration of the roles that certain learning processes are thought to play in chronic pain.

He began by exploring Pavlovian conditioning, which reflects learned predictions. When we experience two stimuli in association with each other, we may learn that they are related in some way, such that the presence of one of those stimuli tells us about the likelihood that the other one will also occur. Typically, one of these stimuli is biologically relevant – a painful input, for example – and the other is initially neutral, but that initially neutral stimulus acquires meaning after being paired with the biologically relevant stimulus enough times. Research has demonstrated that when tactile cues, visual cues, and movements are paired with painful input enough times, they can develop meaning such that they can elicit a similar response to that elicited by the painful input itself. Changes in muscle reactivity, fear of movement-related pain, and even pain itself can be ramped up by these previously neutral stimuli due to Pavlovian (classical) conditioning. This is what we call a ‘classical conditioning effect’. But the learning can also be generalised to other neutral stimuli that are similar to the one that was paired with the painful input, so that they, too, elicit the response. A clinical example of this would be someone who feels fearful each time they must bend forwards, because they used to have horrible back pain each time they bent forwards. The movement was initially neutral, but after they injured their back the first time, they experienced pain each time they bent forwards. They became afraid of the pain, and because the pain was associated with the movement, they then became afraid of the movement. Over time, they may also become afraid of other similar movements – bending sideways, or sitting on the floor – because they have generalised the fear to those other movements. Of course, generalisation reduces the risk of missing something that signals for danger, and as such it is a useful and helpful phenomenon, but it also raises the risk of unnecessary responses to things that don’t actually signal for danger, and may lead to functional losses. Inherent to this idea is that of safety learning. As we move along the continuum of dangerous activities/stimuli to safe activities/stimuli, we should reduce our threat-related responding. If we don’t, we are generalising our learning excessively. Excessive generalisation is a key mechanism in generalised anxiety disorder, and there is some evidence that it may also play a role in some conditions that are characterised by chronic pain. Two different studies have found evidence that people with fibromyalgia don’t identify safety cues as well as their pain-free counterparts.

Pavlovian conditioning is the model that underlies exposure therapy. The driving idea is that people who have learned associations that were once helpfully protective now need help to change that learning, because the associations are no longer appropriate or helpful. So we try to help them to form new associations, still using the same previously neutral stimuli, but now pairing them with safety cues.   It is an experiential treatment approach: people must expose themselves to the things they fear so that they learn, in person, that their fear is not founded upon genuine threat. Exposure therapy has shown promising results with several pain conditions, and some of the evidence suggests that it is reduction of fear, not of pain, that facilitates return to function.

Tory arrived from South Africa to start her PhD at BiM.  She is a physiotherapist who worked clinically before turning her focus toward research.  She is interested in pretty much anything related to pain and neuroscience, thanks to some particularly inspirational teaching by Romy Parker during her undergraduate training at the University of Cape Town.
Tory’s research looks at classical conditioning and pain.  She is also an associate editor for BiM.  She tries to spend much of her spare time exercising to compensate for the vast quantity of chocolate that lives in her bottom desk drawer.  Luckily, she loves trail running as much as she does food.