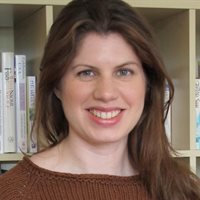 If chronic pain is so difficult to communicate in language, what understanding might we gain from using methods that are not focused primarily on words? The Communicating Chronic Pain project examined non-textual modes of expressing chronic pain, looking at what visual, aural, tactile and other materials might offer for understanding the experience of pain.

The first phase of the research examined expressions of chronic pain on social media [1, 2].  Sociological and anthropological literature on pain has often focused on the role of illness narratives in how patients express their pain [3,4]. We were interested in what happens when there is no narrative structure: how does pain get expressed through photographs, memes and gifs?  What is communicated through these media?  For this reason, we focused on predominantly visual platforms:  the photo sharing site Flickr and the microblogging community Tumblr.

We set up profiles for the research project on both sites. On Flickr we searched for images tagged with ‘chronic pain’ as well as similar tags and related conditions.  We also studied two groups specifically devoted to chronic pain images.  From over 6000 images, 133 were selected for deeper analysis on the basis that they were attributable to an individual user, were not intended to advertise anything; and the person who produced them was referring to their own experience. On Tumblr we selected 110 blog posts from a stream of 749 chronic pain related blogs. We followed the dynamics of gif and meme popularity via likes and reblogs over an eight-month period, observing user interaction on popular posts. We used the qualitative methodological principle of ‘theoretical saturation’ [5] to include the widest possible variety of image types.

Images on Flickr communicated about pain in three ways. First, they tried to make pain visible by portraying the person in pain, employing selective use of colour and special filters and effects on the image and portraying facial expressions of suffering, and bodily postures of hurt or self-protection.  They also showed measurable aspects of daily life such as medication. Second, they appealed to empathy, making pain felt by using visual metaphors or similes that compared the pain to a thing such as nails, needles, or spiders; or evoking the feeling of the pain, depicting stabbing, burning and other sensations on or within the body. Third, some sets of images made chronicity visible, showing the daily effects of pain over a longer period of time in a series of images or a ‘365 project’, where daily images are produced for a year. Flickr images were tied to an individual identity and showed relatively low levels of engagement from other users in terms of comments and discussion: images might be ‘favorited’ to mark the successful transmission, but this rarely developed into discussion or narrative. The Flickr platform functioned to give people a place to express their pain and have it witnessed by others, without necessarily provoking dialogue.

By contrast, Tumblr focused far less on individual identity or individual expressions of pain, and more on widely relatable content that could be circulated, commented upon, modified, appropriated, and reposted. More personal visual narratives gathered lower note counts (engagement) than generic content about chronic pain experience. This content frequently used humour and provocation, pointing to the misunderstandings of family and friends, the failures of the medical profession and healthcare systems, and the limits of traditional pain scales for measuring pain. The stream-based nature of Tumblr impacted the way pain was expressed, temporally, in loops of improvement and flare-up that echoed the experiences of many people with pain. Tumblr was a place of disability activism, where people with chronic conditions encountered others and came to see their pain not merely as an individual issue but as a collective one [2].

What are the implications for clinicians and others working with people with persistent pain? Where researchers [6,7] have shown that photographic images may be useful in promoting understanding of pain in clinical consultations, we speculate that a wider range of images such as those available on Flickr and more recently Instagram could be used to communicate about more diverse conditions and pain experiences. The critical, political nature of Tumblr memes and gifs could provide insights into common feelings as well as misunderstandings faced by people with pain.  Most of all, social media expressions of chronic pain can help us understand how pain appears within someone’s life: what role it plays, how it flares up, and how they relate to it. They provide an opportunity to broaden our understanding of pain beyond clinical encounters. 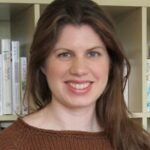 Jen Tarr is a medical sociologist and assistant professor of qualitative research methods in the Department of Methodology at the London School of Economics and Political Science. Her postdoctoral research examined professional dancers’ experiences of pain and injury and how they distinguish between the two.  She became fascinated by the way none of her interviewees could answer the question, ‘what is pain?’ even though most of them experienced it daily. From there it was a short hop to pain as a major research focus, most recently as Principal Investigator of the Communicating Chronic Pain project.  She is currently writing a book that sociologically investigates the range of ways that visual images are used in relation to pain.

[3] Kleinman, A. (1988). The illness narratives: suffering, healing, and the human condition. Basic books.