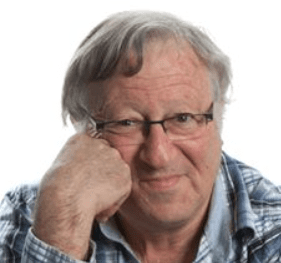 In the recent blog post some may feel it is remiss of Fernández-de-las-Peñas not to have at least considered the possibility that the clinical phenomena attributed to the so-called latent TrP (trigger point) could also be explained as arising from sensitised peripheral neural tissue. This concept was suggested nearly 25 years ago [1] and again more recently [2]. Both historical clinical evidence from the medical literature [3] and relevant animal experimental studies [4,5] support this proposition.

Moreover, there is increasing recognition that in response to danger the peripheral nervous system directly communicates with the immune system, forming an integrated protective mechanism via neurogenic inflammation [6]. This mechanism provides a plausible explanation for the biochemical findings reported by Shah et al. [7,8] in their studies of the tissue milieu of putative trigger points.

But as Robert Gerwin [2018], a prominent proponent of myofascial pain syndrome (MPS) recently conceded: “To say that MPS always requires a TrP in order to make the diagnosis is a tautology in the absence of credible evidence because then no diagnosis of MPS could be made in the absence of a TrP.”

In his book Café Chats (1920), Spanish neuroscientist Santiago Ramón y Cajal [1852-1934] penned a relevant aphorism: “That which enters the mind through reason can be corrected. That which is admitted through faith, hardly ever.” Such is the nature of faith! 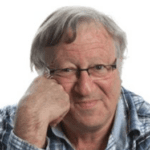 John Quintner is a retired physician in Rheumatology and Pain Medicine who is currently a volunteer with Arthritis and Osteoporosis WA. He is now interested in contributing to pain education for health professionals and consumers. John has long been active as an iconoclast in the field of pain theory and practice. The prime targets have been myofascial pain theory and the North American fibromyalgia construct. His skeptical approach has been well balanced by Milton Cohen’s critical analytical skills, and Geoffrey Bove’s inspired experimental approaches. Most of John’s useful ideas have come to him whilst “in the zone” atop his long-cherished bicycle.