The Pharmacologic Treatment of Chronic Pain in Children: Are We Any Better Off Today?

Home / The Pharmacologic Treatment of Chronic Pain in Children: Are We Any Better Off Today? 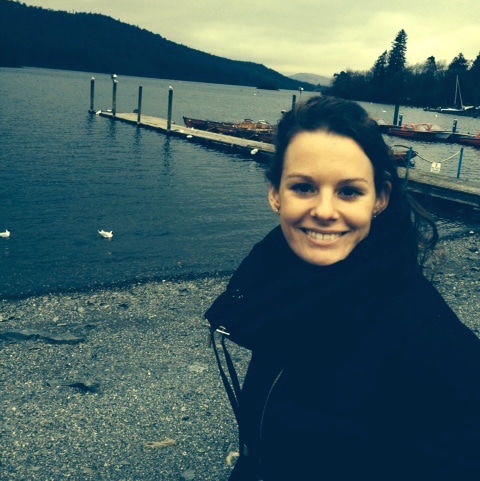 In the last three decades we have witnessed the expansion of the scientific study of pain and its treatment: from bench to bedside, from biology to psychology, the treatment of pain has gone from a discipline based on experience and anecdote to one based on scientific evidence. In the treatment of adults there has been a steady growth in novel treatment options.  In addition to opioids and anti-inflammatory drugs we now have many analgesics options including antiepileptics, antidepressants, biologics, naturally occurring toxins, local anesthetics, as well as cytokine inhibitors and antibodies.

However, in pediatrics, it is a different story….

A recently published Cochrane Database analysis, “Pharmacological interventions for chronic pain in children: An overview of systematic reviews” (1) offers the disappointing and pessimistic observations that “Overall, there is no high-quality evidence for delivering any pharmacological intervention to a child or adolescent with chronic pain, and although the quality of the systematic reviews themselves is good, the quality of the evidence is very low, primarily due to the lack of data. Unusually, there are more reviews than trials. We found 23 reviews overall, of which 16 had no included studies with respect to children, and seven reviews included data from six randomised controlled trials that delivered analgesic drugs in children with CNCP. There were no randomised controlled trials of any pharmacological treatments for the management of cancer-related pain in children” and “The paucity of results for pharmacological interventions for pain in children contrasts sharply with the very different situation in adults, where almost 300,000 patients have been identified in overviews or their equivalent.” This sharply contrasts to the 393 subjects who were included in the six pediatric randomised controlled trials identified by this overview review.

The consequence of this glaringly disproportionate amount of research in children compared to adults is reflected in the medical literature. For example, from 1985 to the present there have been more than 166,000 articles of adult subjects indexed on PubMed with the terms ‘pain’ and ‘clinical trials’ and different analgesic drugs, compared to only 35,000 indexed for pediatric age-ranges (Figure 1). This figure also illustrates the paucity of FDA approvals of analgesics with indications in the pediatric age group (only 3 between 1985 and 2019) and the virtual absence of new molecular entity (NME) approvals for either adult or pediatric analgesia (only 7 between 1985 and 2019). There is a similar absence of approvals of new drugs with the European Medicines Agency (EMA) and the Health Canada Health Products and Food Branch.  During these decades on both continents, virtually every analgesic agency approval was for “old wine in new bottles,” the reformulation or repackaging of previously approved analgesics, it was not for analgesic NME discoveries.

In 2003, the FDA was granted the legal authority to require pharmaceutical companies to test new drugs in pediatric populations. In spite of this, few new pediatric indications occurred, contributing to the lack of evidence on harm and safety of new drugs for this population. The consequence of this is that almost all drugs used to treat chronic pain in children are used “off-label” by clinicians who extrapolate the parameters of use (indications, dosing, side effects and toxicity) from clinical trials of adults to relieve the suffering of children. And yet pharmacokinetics, pharmacodynamics, side effects, and toxicity are quite different in infants and children than in adults. In essence, because of the lack of evidence in this field, we don’t know whether most drugs work, for whom they might work, and what adverse effects they have on the children we prescribe them to.

Why is it that inadequately treated pain in children has been recognized for decades as a clinical and ethical challenge, yet so few studies have been performed to give drug treatment of pain in children an evidence base?  It will come as no surprise that largely it comes down to money, or rather its absence: specifically, there has been no research and development funding.

Most well conducted and statistically powered pharmacology studies are performed by the pharmaceutical industry for the purpose of gaining regulatory approval for the sale of a new drug, or the extension of indications for an old drug. While acknowledging that the fiduciary responsibility of a company is to its profitability, it is equally true that the pharmaceutical industry has historically neglected the pediatric population until compelled by regulations or statutes to conduct pediatric drug trials. The reasons for this are several:

First is the recognition that the population of children with chronic pain is small compared with that of adults, and the ROI of millions spent on drug trials would therefore be small. Second, industry also recognizes that sales of their products for the pediatric population will likely be unaffected by the absence of studies, because physicians will generally prescribe their products off-label in their desire to treat children in pain, as described above. Third, the pharmaceutical industry may recognize that in these litigious times, their product liability is substantial because statutes of limitations restricting after how long an injured party may sue does not begin until a child reaches the age of majority and therefore may extend to as many as 20 or 25 years if a drug is prescribed for a child who is harmed. Industry therefore has little incentive to study new drugs in children without any governmental requirement to do so. The pharmaceutical industry is not, after all, a public service entity.

Government should be in the business of public service.  But funding from the NIH and other agencies for pain treatment in general, and pediatric pain treatment specifically, is very low in both absolute and proportional terms. In spite of the ubiquity of pain as a human condition (one probably equal to death and taxes as an unavoidable feature of life, to paraphrase Benjamin Franklin), as a society in the US we spend more money annually on Halloween candy, lawn care, or bottled water than on all of NIH-funded pain research. Although children with chronic pain or chronic cancer-related pain are fewer in number than in adults, around 10% of children are disabled by chronic pain conditions, costing $19.5 billion annually in the USA alone.(2) Importantly, those adolescents with untreated or refractory chronic pain frequently go on to become adults with chronic pain and a lifetime of need.

Studying chronic pain in children is challenging. The numbers of children with chronic pain who meet rigorous inclusion criteria for clinical investigations, in particular for specific conditions, is inevitably smaller than the available adult population, obtaining informed consent from parents or guardians for human experimentation is difficult, placebo-controlled drug trials for pain in vulnerable populations are unethical per the Helsinki Accord unless there is equipoise, and perhaps most difficult is the challenge of measuring pain, which is a subjective experience best expressed verbally by a subject or patient, therefore impossible to directly assess in the nonverbal child, infant or pre-schooler.

We should be concerned about the potential for harm, enabled by our collective tolerance for this ignorance. We need action at a governmental level, action which might include the creation and funding of a national or, better, an international consortium to study drug treatment of pain in children in the same way that the Children’s Oncology Group and the Childhood Arthritis and Rheumatology Research Alliance were pivotal in drug development for childhood cancer and arthritis. There is an urgent need for stronger statutory requirements for industry to study drugs in children. The present FDA PREA requirement for as few as only one pediatric trial, which may or may not include pivotal measures of efficacy, is simply inadequate.  There should be, in our view, requirements to include children in Phase III clinical trials measuring efficacy, PK and safety.  Finally, the community of pediatric pain clinicians and investigators would welcome an agreement of international regulatory bodies to deﬁne alternative study models for pediatric drug trials to the randomized placebo-controlled trial, alternatives that have scientific validity and can achieve adequate statistical power with relatively small subject numbers, as well as the acceptance of primary outcome variables that are surrogate measures for pain, such as objective measurements of function rather than measurement of “pain,” per se.(3)

In the 21st century, the adequate treatment of pain in children remains an elusive yet an important goal of medicine.  Perhaps we need a new “moon shot”: a coordinated and well-funded effort that includes contribution by industry, government, medical scientists, clinicians, and families. 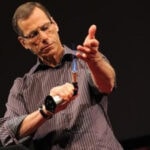 Elliot Krane is a Professor of Anesthesiology, Perioperative and Pain Medicine at the Stanford University Medical Center and of Pediatrics at the Lucile SalterPackard Children’s Hospital. 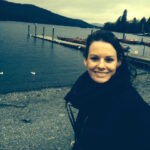 Emma Fisher is a Career Development Research Fellow Versus Arthritis in the Centre for Pain Research at the University of Bath. 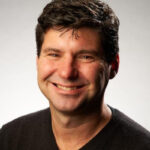 Christopher Eccleston is a Professor of Medical Psychology and lead of the Centre for Pain Research at the University of Bath. He is also the Co-ordinating Editor of the Cochrane Pain, Palliative, and Supportive Care Review Group.