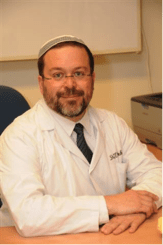 “The surgery was a success and the patient is dead.” This satirical saying sometimes reflects the outlook of patients and their rehabilitation teams when, despite completing a difficult rehabilitation trajectory, a patient is left with unbearable phantom limb pain. The patient mustered up super-human willpower to rehabilitate himself. The rehabilitation team offered the most expert accompaniment, applied the most advanced technologies and allowed the patient to be fully functional for activities of daily living. And yet, the unrelieved severe phantom pains in amputees or other neuropathic pains that refuse to leave some of these patients after a successful course of rehabilitation makes what remains of their lives difficult to face. The role of Sheba’s new Pain Rehabilitation Unit is to bring quality to such lives again, to make them worth living. 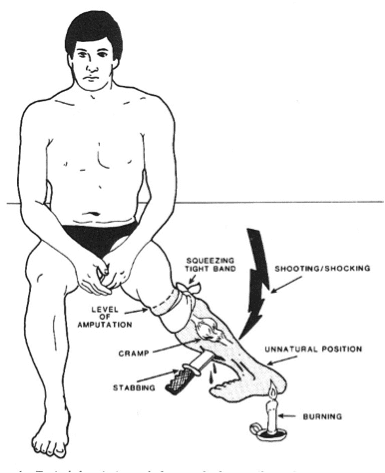 Let us first start, for the purpose of avoiding confusion, by stating the obvious, that is, that pain is a phenomenon that resides in consciousness and consciousness is seated in the brain. This we are not challenging.

What our work seeks to determine is the location in which the first nerve impulses that drive the phenomena of Phantom and de-afferentation pain are, themselves, generated.

The term de-afferentation implies that the nerve has lost its afferent flow of electrical neurological signals responsible for the transmission of sensation from the periphery to the brain.

It is known that the nerve cells comprising the peripheral nerves that communicate sensation from our limbs to our spinal cord are most unusual cells when it comes to size. Most of the cells comprising the various organs of our body measure about a micron. That is, you can fit about 1000 of them in the dot at the end of this sentence. Although nerve cells are indeed very slender structures, they can also be exceedingly long, extending more than a metre from the tailbone to the big toe, for example. They have stout bodies, which are conveniently packaged in an anatomical structure called the Dorsal Root Ganglion (DRG) at the exit of the nerve root from the spine, and two long, thin arms, one extending to the spinal cord, and another out to the organ or limb they innervate. We know which DRG is responsible for sensation in the big toe (L5) and the little toe (S1), which means that we could target pain in different locations by targeting the corresponding DRG.

Since the 70s, Professor Marshal Devor had observed (in rats) that when one of the long arms (axons) of these cell bodies is cut, the injured nerve cell bodies in the DRG are initially silent in their response to this injury. About two weeks later, they begin to cry foul quite loudly and continue to do so, in bouts of abnormal electrical activity. The appearance of this electrical activity corresponded to the start of pain behaviour in the rats. This led Professor Devor to suspect he may have found the origin of the nerve impulses, that is, the birthplace of phantom sensation. Furthermore, in later experimentation in the 90s he showed that very dilute anaesthetic (0.1% lidocaine) could abolish this abnormal electric activity in these injured nerve cell bodies without altering their ability to function and transmit normal sensory nerve impulses. The rub was that his rats could not speak or attest to what they were feeling…. So we needed to test the approach in human amputees.

We delivered minute amounts of dilute local anaesthetic to the DRG in order to silence abnormal neural activity whilst leaving the normal nerve function intact. We found that this approach led to the piece-by-piece dismantling of both painful and non-painful sensations in amputees whilst leaving stump sensation intact.

Our observations suggest that phantom limb pain might be generated by the brain, as all pain is, but only because of erroneous signals being generated in the DRG. In turn, both painful and non-painful phantom sensations could be silenced by silencing the DRG. We believe that this work should encourage further investigation to confirm this idea. To be clear, we do not argue that the eventual pain experience ultimately lies in the consciousness of the amputees, but we are confident that we may yet find that effective treatment could be delivered to the periphery. The hope is to create a treatment that will persistently silence the DRG and let the nerve cell somatosensory function persist and thus obtain profound lasting pain relief without creating a deafferentation pain phenomena.

This work should also prompt us to choose our words more carefully, particularly when it comes to the term ‘de-afferentation’. It appears that, in nerve injured patients, there is an excess, not a dearth of electrical activity flowing from the periphery to the brain and that this may well be the driver of phantom limb pain. In fact, the only structure that is ‘de-afferented’ is the nerve cell body in the DRG… and silencing its vocal complaints appears to silence the pain. These discoveries are indeed worthy of further exploration, and we have already embarked on such work. 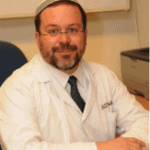 Dr Adahan has been the head of the Pain Rehabilitation Centre of the Sheba Medical Center in Israel since 2008. Prior to that he ran Montreal’s largest freestanding Private Academic Pain Rehabilitation Center affiliated to both McGill University and University of Montreal. Dr Adahan’s career focus is in new approaches to chronic pain management. He has innovated new techniques for suprascapular nerve block for managing shoulder pain. He helped establish the clinical protocols for the world’s first medical surface acoustic wave ultrasound device for the treatment of neuropathic pain and is now busy challenging current concepts in peripheral neuropathic pain and phantom phenomena.