50 shades of touch: the relationship between pleasure and pain

Home / 50 shades of touch: the relationship between pleasure and pain 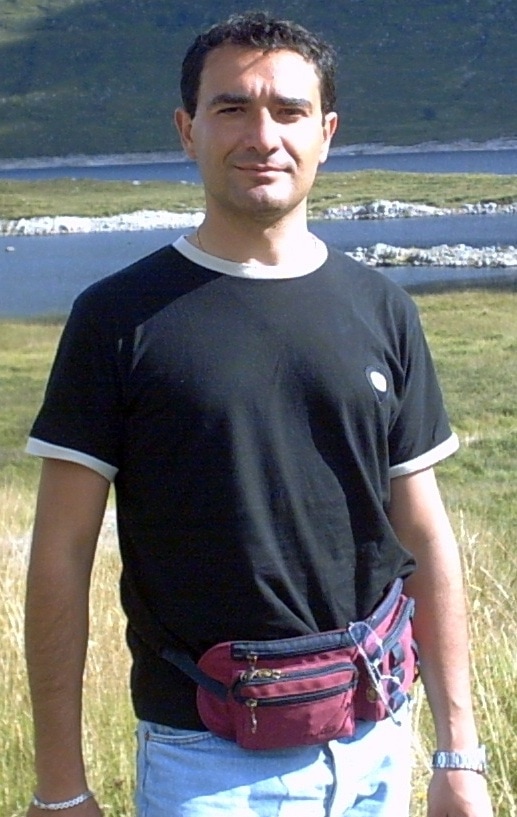 Pain is usually such a negative experience that we rarely think about it in terms of just another sensory modality let alone consider the potential of positive aspects to it. Because of that, this post will be a bit unconventional, especially for a BiM blog. My post, somehow inspired by the controversial novel and movie, “50 shades of Grey”, is precisely about those infrequently considered aspects; my post will be about the relationship between touch, pleasure and pain.

Disgusting or delighting, exciting or boring, sensual or expected, no matter what you think about it, “50 shades of Grey” is certainly not a movie about which people are ambivalent. Based on E.l. James’ novel (honestly, somehow more breathtaking than the movie), it tells the story of the complicated relationship between the assertive multi-millionaire Christian Grey, and the just graduated, inexperienced, and shy Ana Steele. Christian leads Ana (although it is somehow unclear who really does take the lead) towards his sensuous and deviant world, made of ropes, pain, riding crops, chains and strict rules. I could not help but think about the relationship between the sense of touch and pain, two of the main objects of my scientific research into the neurocognitive mechanisms of human perception, emotions and desires, while I first read the book and saw the movie. Well, maybe to be honest, I didn’t make the connection from the very first time, given that it’s easy to be distracted by the sensual events described in the novel, but certainly I was quickly drawn into thinking about my research in the context of the novel. After all, isn’t the novel about the sensual power of touch and its relationship with pain? How arousing can a light touch on the shoulder be? A kiss on the hair? And what about the tightness of a rope around your wrists or ankles? I was reflecting on where this incredible power of touch comes from and here my research provides some answers. We now know that human bodies have a privileged path to pleasure, one that passes through the sense of touch: CT fibers. These neural fibers innervate the non-glabrous areas of the body and are activated by a caress like stimulus. They must signal comfort and pleasure to our brain, which reacts accordingly. This system is probably inherited from our monkey-like ancestors, social animals that used to groom one another, and also used as a way to set their reciprocal status (dominance) within the group. However, touch is much more than that, it also contributes to the release of hormones, Oxytocin in particular, the bonding (or cuddle, as popularly defined) hormone. Touch actually strongly influences the pace of a relationship, the more touch, the more oxytocin, the stronger a relationship becomes (See Gallace & Spence, 2014; Caressing the skin: The social side of touch).

The two main characters in “50 Shades of Grey” seem to be reciprocally attracted by a magnetic force that pushes their bodies towards unexplored limits. Another important function of touch is actually to set the limits of our body, to define what is ‘us’ and what is not (See Gallace & Spence, 2014; Outside the boundaries of our bodies: The relationship between touch and the representation of the body in our mind). Not surprisingly, in the last few years the discussion about the neural substrates of ‘body ownership’ has become very popular among cognitive neuroscientists. That is, how our brain defines what belongs to it and what does not? I often say to my students at University “Where our touch begins, we are and when someone touches us, we lose a bit of this definition; we become part of the other person.”, Yes, the novel is definitely about touch, the desire to touch and be touched in 50 (and more) different ways.

Some would say that the novel is also about the relationship between dominance and submission, about the question of who is really in charge. But what does truly determine this? Isn’t the sense of touch actually the real leader in this situation? Who touches? When? How? Where? We can watch and hear, but we cannot touch someone without her or his consent. In the second novel by the same author (“50 shades darker”), the ‘untouchable’ Christian asks Ana to use a red lipstick to draw on his chest a map of body areas that she is allowed to touch and areas that are off-limits (areas where touch becomes painful, ‘allodynia’, as we would scientifically refer to it). And still I wonder, can touch be really that powerful? Once again, scientific research provides a positive answer to this question. Touch has been shown to affect a person’s compliance towards a request, their willingness to give more, and their desire to please someone. A number of researchers show that people are much more willing to say yes to a request if they are touched first!

Finally, what about pain? The novel is also about the boundaries between pleasure and pain. Many people would probably wonder about the reason that some individuals are willing to receive corporal punishments from someone they love (and even take pleasure from it). More generally, how can a ‘spank’ be perceived as pleasant? The answer to these questions has certainly much to do with the ‘reward neural circuits’, buried in some of the deepest and evolutionarily oldest parts of our brain. Few would perceive pain as pleasant, but context may make a big difference here! Just as other sensations, pain is a creation of the brain. Lorimer Moseley, the editor in chief of this blog, and one of the major experts in pain worldwide, has often said: “no brain no pain”. I do agree. Many areas of the brain interact to determine the output ofpain, and touch certainly has an important role in this modulation of sensations. Sensual touch is a strong reward, and the brain can lead you anywhere in order to get its reward (See Gallace & Spence, 2014; Touch in the bedroom: The role of touch in sexual behavior). Pain within the context of sensual touch changes its meaning and it is possible that it becomespleasant and rewarding.

I really wonder how the same novel would look with less reference to touch. And even more importantly, how might our life be without tactile sensations? How might our relationships be? How arousing? Here, I have a specific movie scene in mind, the one where Christian uses an ice cube to arouse Ana’s body (admittedly a very often-adopted image in fictional erotic scenes). The effect is strong and its visual impact intuitive, immediate and direct. How do we begin to explore the mechanisms behind something like that? The sensation of wetness on your skin is certainly a very complex one, from a neuroscientific point of view, it requires the activation of at least two classes of receptors, one for temperature, the other for movement over the skin. Without this perfect mixture of neural signals (and the brain’s interpretation of them) we can’t create such sensation, just as we do not feel our body wet while lying completely still in a bathtub full of hot water. Thinking about another object of my research, human machine interfaces (See Gallace & Spence, 2014; Technologies of touch), I really wonder if such sensations will be reproduced artificially one day? Every time I think about these aspects, I can’t help but think about what a huge challenge this is. Will we ever be able to get even close to that? Will touch through interfaces become possible when two people separated by miles? Will these ‘mediated tactile sensations’ be able to ease our pain (such as when we offer our hand or hug to someone in pain)? I want to be positive, but in order to get there more research into the powerful and still somehow mysterious sense of touch in all its 50 (and more) shades is needed.

As a neuroscientist, and as a man who is somehow hypnotized by the magic behind human senses, I am definitely thrilled about what we will learn in the future regarding the brain mechanisms responsible for body sensations, be they pain or pleasure! 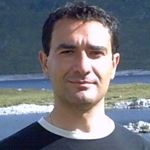 Dr. Alberto Gallace, section editor of this blog, is a cognitive neuroscientist with a special interest in the study of the mechanisms responsible for body-related sensations, pain and touch in particular. He teaches at university of Milano-Bicocca, Psychobiology of human behaviour at both graduate and undergraduate level, and Neuropsychology of Pain at post-graduate level. He is also adjunct professor of Consumer Neuroscience, at commercial university Luigi Bocconi in Milan. His work underpins the very first model of tactile awareness and he is among the few researchers who have scientifically approached both the hedonic (e.g., pleasant) and painful aspects of body sensations. Together with Lorimer Moseley and Charles Spence, he developed and started to test a neurocognitive model of body representation that has set the way towards new approaches to the understanding of pain and more in general of the relationship between mind and body, namely the ‘body matrix’ (Moseley, Gallace, and Spence, 2013). Recently he co-authored with Charles Spence, a book on the theoretical and applied aspects of touch (Gallace A and Spence, C, 2014; see below).

Gallace A and Spence, C (2014). In Touch With the Future: The Sense of Touch from Cognitive Neuroscience to Virtual reality. Oxford, UK: Oxford University Press.