The dynamic effect of pain on attention

Home / The dynamic effect of pain on attention 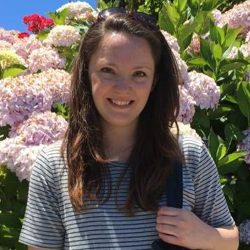 Pain tends to grab our attention, making it difficult to concentrate on other tasks. This is generally a useful feature of pain – if we burn ourselves while cooking, it’s good that our attention switches away from the food and towards the pain so that we can adequately protect ourselves. However, if the pain doesn’t signal threat (e.g. a tension headache) or if it becomes chronic, this could have negative consequences for our ability to concentrate, with no benefit to our safety.

Several studies have demonstrated this effect on a variety of attention tasks in people with chronic pain[1,2], recurrent transient pain (such as headaches[3] or menstrual pain[4]) and with experimentally-induced pain in the laboratory (using electocutaneous[5] or thermal pain[6]).

While many studies have shown that pain is detrimental to attention, the specific effects tend to vary between studies. In some cases, being in pain makes participants less accurate, and in other cases it makes them slower, even when attention is measured using the same tasks. One reason for this could be that different studies have investigated different types of pain (e.g. electrocutaneous, headache, menstrual); maybe different pains have different effects on attention.

The original study looked at the effect of headache pain on four measures of attention[3]: 1) keeping track of two tasks at once, 2) switching repeatedly between two tasks, 3) ignoring irrelevant distractors while completing a task, and 4) remembering the most recent two letters at all times during a continual stream of letters. Participants met with the researcher once when they had a headache and once when they didn’t, and performance was compared between the two conditions. Participants were less accurate at remembering the letters and switching between tasks and slower at completing a task while ignoring irrelevant stimuli when they had a headache compared to when they were pain-free. Their ability to keep track of two tasks at once was not affected by pain.

In our replication[7] we followed the same procedure with the same four tasks, only we added two extra measures of attention. The key one was a simple reaction time measure. In this task, participants simply had to identify the numbers 1 to 4 as quickly as possible when they appeared on a computer screen (multiple times, in a random order). This gave us a measure of participants’ basic processing speed; how quickly they could process and respond to stimuli when no complex thinking was required. This allowed us to see whether any slowing on the attention tasks could be explained by slower basic processing speed, or whether there was additional slowing above and beyond any effects on processing speed.

The results were different from the original study. Participants were slower on five of the six tasks during a headache, but not less accurate. What was really interesting was that the extent to which participants slowed down when they had a headache was the same for the complex attention tasks as for the simple reaction time task. This suggests that when participants in pain are found to be slower on attention tasks, it might not be anything specific to the task – such as the difficulty of needing to switch repeatedly between two tasks – but instead because they are generally a bit slower at simply processing and responding to stimuli.

What does it mean that our results were different from the original study? The fact that we found different effects of pain on attention suggests that the effect of a headache on attention is dynamic. The way in which pain distracts us could depend on many factors, besides the type of pain, such as how much we catastrophize about pain, how fearful we are, the intensity of the pain, how threatening it is, what mood we are in that day, and how interested we are in the task we are trying to complete. If we can pinpoint the factors that modulate the effect of pain on attention, we may be able to develop strategies for counteracting its effects. In the meantime, this area of research highlights one of the many ways in which pain can affect people’s lives. 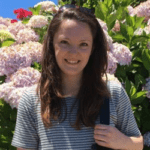 Dr Nina Attridge is a lecturer in the Mathematics Education Centre at Loughborough University, UK, and an honorary research fellow in the Centre for Pain Research at the University of Bath, UK. She completed her BSc and MSc in psychology, and her PhD in mathematical cognition. She then spent two years as a postdoctoral researcher investigating the effects of pain on attention. Her current research is investigating how pain might affect numeracy via its disruptive effect on attention.