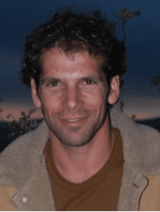 Our bodily self-consciousness arises from the spectacular integration of body and mind.  This integration is so fundamental that we have a unified experience of the self, which includes both our physical body and our mental experience.  However, people with neurological conditions often show severe deficits in bodily self-consciousness suggesting that this process depends on specific cognitive and brain processes.  Recently, experimental work in healthy subjects has shown that our sense of having a body (termed Body-Ownership) can be manipulated by creating a visual-tactile conflict.  In a recent article titled Full body illusion is associated with widespread skin temperature reduction done at the Center for Neuroprosthetics at the École Polytechnique Fédérale de Lausanne (EPFL), Switzerland, we show how volunteers were “tricked” into feeling that an image of a human body – an “avatar” – is their own body.

We induced this “Full Body Illusion” by stroking the bodies of healthy volunteers with a custom-built haptic robotic system while they viewed the avatar being stroked. The skin temperature of the volunteers were measured on the volunteers’ backs and legs. After 40 seconds of repeated stroking, the participants were asked to report several measures such as where they felt the touch and if they identified with the viewed body, as well as objective measurements about where they felt their body was located and their skin temperature changes.

Stroking the same body part on the real body and the avatar repeatedly induced a Full Body Illusion in which volunteers were confused as to where their real body was and caused them to identify more with the avatar.  The present study is the first to demonstrate that such “Full Body Illusions” are accompanied by bodily changes in temperature regulation a key trait that related to metabolism and physiology.

These findings show that the experience of our body as our own is constantly and continually being fabricated by the brain based on the signals it receives from our senses.  When the brain is confronted with a bizarre multisensory conflict such as that produced by the Full Body Illusion it changes the way we perceive our real body and causes a reduction of body temperature.  This study helps us to understand the brain mechanisms of the self and bodily aspects of consciousness and will contribute to the design of future prosthetic devices.  Furthermore, the understanding of how our body is represented in the brain is a key issue in treating disorders relating to bodily signals such as pain. 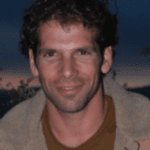 Dr Roy Salomon is a post-doc at the Laboratory of Cognitive Neuroscience at the École polytechnique fédérale de Lausanne (EPFL) in Switzerland. His work focusses on how the body is represented in the brain and how this is altered in psychiatric conditions such as schizophrenia. He specializes in the impact of bodily signals such as action, proprioception and interoception on self-consciousness. He has authored numerous articles on the sense of self and the brain.