When can you say you are well again? How do people with Complex Regional Pain Syndrome define recovery?

Home / When can you say you are well again? How do people with Complex Regional Pain Syndrome define recovery? 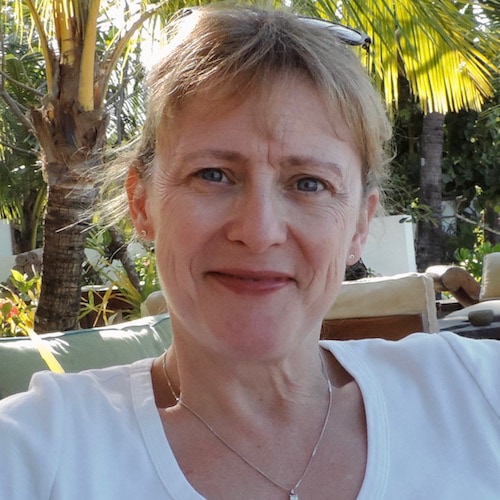 Complex Regional Pain Syndrome (CRPS) is diagnosed according to a clear and distinct description of the signs and symptoms of the condition [1]. Clinician observations and patient reports are used and reaching a threshold “score” determines a positive diagnosis. This all seems simple enough, and, for the majority of patients, the signs and symptoms of CRPS resolve fully within a year [2] and they are considered “recovered”.

However, for other patients, CRPS symptoms persist [3], and have a significant negative impact on their quality of life. Long-term CRPS can also be characterised by fluctuating symptoms; whilst some of the initial features of the condition may recede, others continue unresolved.  This variability makes it difficult to assess the effectiveness of treatments and to be able to reliably say when someone has recovered.  For example, improvements in some symptoms may mean that a patient no longer meets every aspect of the full diagnostic criteria, yet it is clear, both to themselves and to their clinicians, that they cannot be said to be completely better.

In order to conduct research studies, and evaluate the effectiveness of therapies for CRPS, we therefore felt we needed a better understanding of the factors that lead a patient to consider themselves to be “recovered”. Our recent paper in the European Journal of Pain [4] describes how we addressed this by establishing an international consortium of patients, clinicians and academics. Led by a team of researchers in Bath, UK, the consortium designed and managed a method of defining recovery from CRPS from the patients’ perspective.

Via databases or clinics in 8 countries across Europe and North America we recruited participants aged 18 years or over and who met, or had met, the Budapest diagnostic criteria for CRPS (Harden et al 2010). Using postal questionnaires we asked participants on two occasions (Time 1 and 2) to complete a number of health-related and condition specific measures in order to determine their current biopsychosocial health and CRPS diagnostic status. In addition, at Time 1, we asked them to complete, in fewer than 100 words, the statement “I would consider myself recovered from CRPS if…..”. If participants already considered themselves recovered, they were asked instead to complete “I do consider myself recovered from CRPS because…..”. The common themes were identified from these responses and a list of 62 summary statements sent back to the study participants at Time 2. Participants were then asked to identify, from the list, the 10 statements they felt were most relevant to their idea of recovery and to rank them in order of importance.

Patients told us that, in order to consider themselves recovered, the top five statements, in order of importance were: to no longer have CRPS-related pain; to no longer have generalised pain and discomfort; to have improved movement in their affected limb; to have less reliance on taking medication; and to have less stiffness in their limb.  When we looked in more detail across the range of our study participants, we found very few variations in their recovery priorities in relation to factors such as age, gender, employment status, country of origin, diagnostic status, or the length of time people had lived with CRPS.

Given that CRPS is a persistent pain condition, we were not surprised that relief from CRPS-pain was participants’ highest priority, however they clearly also felt that generalised pain and discomfort was a significant concern. The identification of the common themes from the Time 1 data had indicated CRPS-pain and generalised pain were described differently by respondents, and this was endorsed by the expert patient researchers on the study team. Illustrative examples of reports of CRPS-pain included “pain in my arm and hand such as the digging, burning, “mean” pain” and “severe, penetrating pain of my whole upper limb”, whilst respondents also talked about generalised, non-specific, pain: “chronic pain in my body throughout each day”. The prominence of generalised pain in our data supports the premise that CRPS triggers a more widespread sensitivity and this finding reminds us that treating both non-specific, as well as CRPS-pain, is important in therapeutic interventions.

Our data also clearly suggested that patients need to see improvements in their functioning before they could say that they were recovered. This supports current treatment priorities which focus on the goals and needs of daily living. However, our data also suggested that when medication is required in order to achieve these functional goals, patients are less inclined to think of themselves as feeling “better”, as one of their key priorities is to be less reliant on medication. This presents a conundrum for physicians: medication is often a necessary cornerstone of treatment to improve symptoms, yet patients may not consider themselves “better” if they remain reliant on medication, even if their symptoms are consequently reduced.

We also looked at the CRPS symptoms most frequently reported by our study participants. Unsurprisingly, the larger the number of symptoms reported, the less likely a person was to already consider themselves recovered. However, it was particularly interesting that, even for those who had categorically stated that they were recovered, ongoing symptoms were still reported.  Most frequently they reported ongoing muscle weakness, a decreased range of motion in their affected limb, and temperature differences between their limbs. These findings clearly suggest that how people conceptualise their own recovery is more complicated than simply the presence or absence of symptoms.

Our study showed that “recovery”, from the patient perspective, is a complex construct. However, it also showed that, irrespective of individual factors and whether or not a patient still meets the diagnostic criteria, they want their CRPS-related pain, generalised pain, movement restriction, reliance on medication, and stiffness to be addressed, above all other factors in order to consider themselves recovered.  These factors should therefore be foremost concerns for future treatment and rehabilitation approaches. 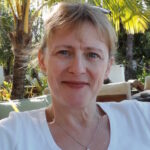 Alison is a Chartered Psychologist and a member of the British Psychological Society’s Division of Health Psychology. In her role as a researcher within the Complex and Long-Term Health Group of the Centre for Health and Clinical Research at the University of the West of England, she works between the University and the Royal National Hospital for Rheumatic Diseases (part of the Royal United Hospitals Bath, NHS Foundation Trust, Bath, UK). Her research interests are focused on improving the function, quality of life and inclusion of people with complex and long-term conditions. Her current research is centred on rehabilitation therapies for Complex Regional Pain Syndrome and for patients with cancer complex late effects.