Which is the best treatment for an individual with back pain 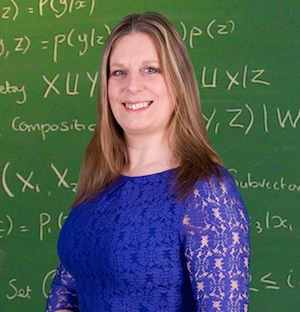 Low back pain is a very common problem and there is no known cause for the majority of cases. In clinical trials, many treatments seem to offer small, short-lived effects but no treatment comes out on top. In our paper [1], we are interested in which treatment is most likely to be effective for a particular individual.

For this we used data from the Back Skills Training (BeST) trial [2]. This trial tested the efficacy of a cognitive behavioural approach (CBA) for non-specific low back pain and found it to be effective on average: there was a mean additional improvement of 1.3 on the Roland Morris pain and disability questionnaire (RMQ) at 12 months for those allocated to CBA. The trial enlisted 701 patients who had non-specific low back pain that was at least moderately troublesome, and had lasted 6 weeks or more.  All patients received a copy of The Back Book, which encourages the reader to have a positive outlook, keep active and to take painkillers as needed. The patients were randomly divided so that 1/3 had this treatment alone, whilst the other 2/3 had this plus 6 cognitive behavioural sessions (CBA).

In order to discover which types of patients found that CBA was effective, we classified patients based on similar attributes using a probabilistic model called Latent Class Analysis (LCA). LCA uses maximum similarity between cases to divide the data into classes or groups based on the characteristics given. Patients from both CBA treatment and control (non-CBA treatment) arms of the trial were used to form the classes. The attributes that were used were those the CBA treatment was designed to tackle, namely depression, anxiety, pain self-efficacy, fear avoidance, social impact and troublesomeness of back pain; we did not use any information about response to the treatment. LCA also allows the user to compare how well choosing different numbers of classes fits the data they have. We tested 2 to 6 classes, and found the best fit was 3 classes.

For each class, LCA gives the probability that a person in a class has the attributes used to define the class, e.g. that a person in Class I would be clinically depressed. In this way, we were able to build up a profile of the people in each class. For each patient, the model gives the probability that they belong to each class, and for our purposes we assigned each one to the class with the highest probability. For the majority of our cases, there was one class they were much more likely to belong to than the others: 96% of cases belonged to their class with greater than 60% probability. However, to be satisfied that the results were not sensitive to how certain we were of class membership, we did two further analyses. In the first, the patients were included in a class if their probability of belonging was at least 80%, and in the second, if their probability of belonging was at least 90%. We excluded patients whose class membership was less certain than these cut-offs, and found no change to any of the conclusions of the analysis.

There were 407 patients from both the CBA treatment and control arms of the trial who had their data recorded for all of the attributes used to allocate patients to classes plus their response to treatment and these were the cases we used for analysis. We were interested in whether one of the three classes of patients had different recovery outcomes following the treatment that the others. We defined ‘recovery’ as a 3-point improvement in the RMQ because that was enough of an improvement for patients themselves to notice. We investigated if recovery could be predicted from treatment and class membership or a mixture of these and then we compared the patients within each class according to whether they had the CBA treatment or not.

We found that there was an association between class membership and outcome for those patients who did receive the CBA treatment, but not for those who did not. This association suggests that patients in different classes responded differently to the treatment. It was not possible to discover the precise relationship between class and outcome, possibly because 407 cases divided into 3 classes and again into treatment and control made groups too small to reveal the detail.

We were also interested to discover how effective our method for categorising patients is compared to other, similar classifications in use. We selected the STarT back tool [3] which was developed recently and has been taken up by practitioners and used to decide what type of treatment a patient requires. In order to do this we had to allocate our patients to their STarT categories. We had the information we needed to do this from the data collected for our trial. We found no association between outcome and membership of any of the STarT groups.

For further work, the University of Warwick has been collecting data from trials of back pain interventions into a repository and it is likely to be possible to make use of this much larger combined dataset for confirming ideas from the individual trials and finding some insights into this complex problem. 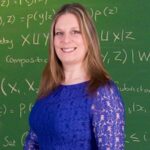 After 20 years as a full-time Mum, Martine took a BSc in Mathematics at Coventry University with the ambition of becoming a school teacher. Whilst there, she was astonished to discover that mathematics can be used to make people’s lives better, such as by identifying an optimal strategy for vaccination at the outbreak of an epidemic or improving traffic flows. She then studied for an MSc in Complexity Science and a PhD in Complexity Sciences and Health Sciences at the University of Warwick’s Complexity Science Doctoral Training Centre and obtained her PhD in 2013. Martine has stayed with the theme of using maths to make good decisions, now working on a project building decision support for Food Security Policy.