A plausible, alternate hypothesis for patient reports of asymmetries within the pelvis

Home / A plausible, alternate hypothesis for patient reports of asymmetries within the pelvis 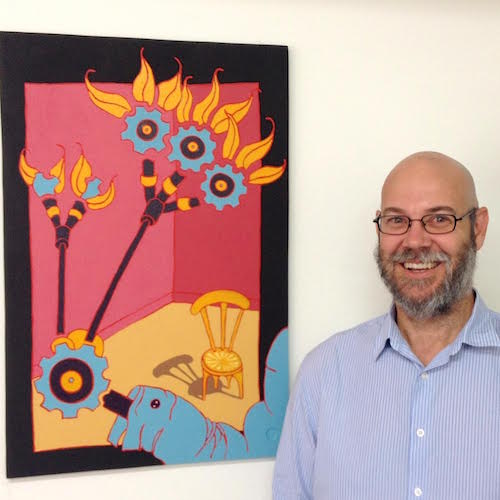 The existence of positional faults of the intra-pelvic joints (sacroiliac joints, symphysis pubis) resulting in pelvic asymmetries remains a hotly debated topic amongst clinicians and researchers in the field of pelvic girdle pain. Check Chapter 46 in the latest edition of Grieve’s Modern Musculoskeletal Physiotherapy for some different takes on the topic.

We have long been critical of the existence, and by extension relevance, of pelvic asymmetries in pelvic girdle pain. This criticism extends from a number of directions. For one, the most valid investigation of the existence of intra-pelvic positional faults by Tullberg (1) failed to identify their existence. On another front, we have observed negative patient attributes based around their beliefs of pelvic asymmetries. This includes development of fear, avoidance and dependency on passive treatments. Thirdly, we have heard many clinicians’ stories of struggling with the concept of positional faults resulting in them loosing their clinical confidence.

Yet, patients with pelvic girdle pain often report a sensation of asymmetry within their pelvis.

So if not positional faults of the intra-pelvic joints, what might underlie patient reports of pelvic asymmetry? We have just published research that points to a plausible, alternate hypothesis for these subjective reports from patients (2).

Similar reports of bodily asymmetry come from patient with LBP, where they report a feeling of displacement of their vertebrae. Lorimer Moseley (3) nicely depicted this by having subjects with LBP draw their vertebrae. Subjects with unilateral LBP drew deviations of their vertebrae towards the side of pain. Lorimer reported on a relationship between the drawings and changes in two-point discrimination threshold. This type of change in body representation within the brain has now become an accepted potential mechanism in chronic pain presentations. Subsequently, Ben Wand (4) developed the Fremantle Back Awareness Questionnaire as a subjective measurement tool to investigate changes in body perception in LBP subjects such as those reported by Lorimer. In our recent study (2), we found that subjects with higher levels of disability related to chronic lumbo-pelvic pain (that originally developed during or shortly after pregnancy) had greater levels of altered body perception as assessed with Ben’s questionnaire. We did not ask the participants in this study if they felt their pelvis was out of alignment. Further investigation of this potential mechanism in subjects specifically reporting pelvic asymmetry is a logical next step.

As usual, more research is needed to further investigate the relationships identified in our study. Never the less, there is indication that clinicians might consider altered body perception as a contributing factor in disabling, chronic pelvic girdle pain. Assessment in the clinic may include use of validated measures such as Ben’s questionnaire. Visualisation activities like ‘body scanning’ and ‘mirror feedback’ may provide useful information to clinicians on how patients perceive their body. We are not aware of the use of any published studies using two-point discrimination specifically in subjects with pelvic girdle pain, but this might have utility also. Additionally, providing patients with a plausibly alternate theory for their perception of positional faults may be a powerful management tool.

I would like to acknowledge the co-authors on the recent paper we published in Manual Therapy; Peter O’Sullivan, Ali Lutz, Ben Wand and Judith Thompson. 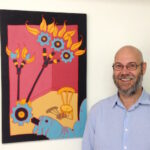 Darren is a Specialist Musculoskeletal Physiotherapist at Pain Options and a Senior Research Fellow at Curtin University.