Not All Pain Is the Same: Characterizing the Extent of High-Impact Chronic Pain

Home / Publications / Pain Research Forum / PRF News / Not All Pain Is the Same: Characterizing the Extent of High-Impact Chronic Pain 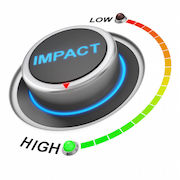 Chronic pain exacts a huge toll on patients, healthcare systems, and the economy. But the way that chronic pain is typically defined—by how long it lasts—provides little information about the people suffering from chronic pain, the degree to which they are affected, and how to best treat them. A recent population study now characterizes people who have “high-impact” chronic pain (HICP), which takes into account not only pain but also disability.

The report, published in the February 2019 issue of the Journal of Pain, put the number of people with HICP at 10.6 million, or about 5 percent of the US adult, non-institutionalized population (Pitcher et al., 2019).

A related study, published September 14, 2018, in Morbidity and Mortality Weekly Report (MMWR) from the US Centers for Disease Control and Prevention (CDC), found that 50 million Americans live with chronic pain, and about 20 million have HICP that interferes with their life or work most days (Dahlhamer et al., 2018).

Beth Darnall, a psychologist and pain researcher at Stanford University, Palo Alto, US, who was not involved in the studies, said they highlight a growing “appreciation of the need to focus on patient centeredness, and a recognition that in the context of any health condition, and with chronic pain in particular, there is so much heterogeneity. Across this continuum, some people can be high functioning in day-to-day life, whereas others are entirely disabled by pain. Everyone deserves treatment, but we need to appreciate that heterogeneity and deliver care accordingly.”

Focus on the patient

Chronic pain is now established as a massive public health problem that must be addressed. In 2016, the US Department of Health and Human Services (HHS) released the National Pain Strategy, a “roadmap” toward a better system of pain care authored by dozens of experts. To begin with, researchers need to understand who is affected by chronic pain, and how.

“We really need a better sense at the population level of the prevalence of chronic pain and, taking that a step further, of the impact on people’s lives—not just at the national level but also at the individual level,” said Linda Porter, director of the Office of Pain Policy at the National Institute of Neurological Disorders and Stroke (NINDS), which coordinates pain research across the US National Institutes of Health (NIH). Porter was an author on both of the new studies as well as the National Pain Strategy.

Lead author of the Journal of Pain study, Mark Pitcher, formerly of the National Center for Complementary and Integrative Health (NCCIH) at the NIH and now at the University of Bridgeport, Connecticut, US, said, “Chronic pain is multidimensional. We recognize that chronicity or duration is not getting to the bottom of it.”

What could provide more nuance in understanding the problem of chronic pain? The researchers chose to home in on disability. But unlike some previous studies that measured pain’s interference with activities, the authors used questions about general disability “to untether the pain experience from its impact,” they wrote. That is, the study identified people with chronic pain and disability without asking whether pain itself caused the disability. However, Pitcher said, “our analyses showed that even if assessed independently from pain, disability in the chronic pain population was most likely due to pain.”

The researchers used data from the National Health Interview Survey (NHIS), a massive undertaking meant to gauge the health of the US population. Data for the NHIS is collected by Census Bureau agents, through in-person, at-home interviews, and curated by the National Center for Health Statistics (NCHS), a part of the CDC.

From an initial pool of more than 100,000 respondents, about 33,000 adults underwent more detailed interviews. About half of those were randomly selected to answer a specialized questionnaire called the Adult Function and Disability Supplement (AFD). Subjects reported whether they did, did not do, or were unable to do a range of eight activities including working, going to school, participating in social activities, and household chores. Subjects were also classified as having chronic pain if they reported having pain every day or most days in the past three months.

Most subjects with chronic pain were “without limitations” (CPWL), but a subset that had disability in one or more of the eight areas were considered to have HICP. The data suggested that more than 40 million people—or 18.4 percent of the US adult population—have chronic pain, and about a quarter of them—10.6 million people—suffer from HICP.

HICP is a measure of more than just pain intensity, Pitcher said. “There are people with very severe pain, but it’s not high-impact. Others have high-impact pain, but they don’t have a high-level severity. It gets to the question of coping and skills.”

For people with HICP, the disruption of normal activities, social interactions, and perhaps even self-care can be “really pretty severe,” Pitcher said. Compared to patients without limitations, “they’re not in the same ballpark; they’re at a whole other level,” according to Pitcher. A whopping 85 percent of people with HICP were not working, and more than half had at least two limitations to life activities.

“We need more research to characterize who these patients are, but also how to best treat them,” Darnall said. “They have greater disability and more comorbidities—that suggests they need a greater level of care, but how to help them” is more difficult to pin down. “It may mean we need a targeted, intensive treatment program” for some patients.

“Of course, they can’t always get access,” she added, because barriers to multidisciplinary treatments remain high, including lack of availability and insurance coverage. “But knowing that they need more comprehensive care is a good step toward the goal of delivering it.”

But with regard to such findings, there is a caveat in how the data were analyzed, Pitcher said. “We were using ‘capacity to work’ as part of the definition of HICP.” So if more men are working than women, that could skew the results, he said. What type of work matters, too. “People without a higher education are more likely to have a manual labor job. And when you have a damaged body and pain, you are not able to do those jobs. People who require their body to earn a living are going to be disproportionately affected by HICP.”

Although the demographics were not a surprise, Porter said, “it’s good to have the data to show that it’s not just expectation—it’s real.”

People with chronic pain, and with HICP in particular, were also more likely to suffer from other major health conditions and to use more healthcare services. Mental health was also compromised in HICP patients. They were more than twice as likely to report daily or weekly depression compared to people with CPWL.

“These individuals are deeply burdened. It’s hard to know whether pain is the chicken or the egg,” Pitcher said, referring to whether pain leads to mental health troubles or vice versa. “But definitely this population is not doing well in terms of mental health.”

One finding in particular jumped out at Pitcher. “Looking at the entire sample group, we asked, What’s the likelihood of disability or limitation if you have chronic pain versus whether you have a severe health condition like stroke, kidney failure, emphysema, or cancer, to name a few? Among the 15 chronic health conditions we assessed, chronic pain was the top one. That literally scared me.”

“When we looked at disability associated with what we think of as really serious chronic conditions and saw pain at the top of the list, that was really telling,” Porter said. “That’s a meaningful piece of data showing the impact of pain on people’s lives.”

What’s in a number?

What do the new studies say about the oft-quoted figure from the 2011 Institute of Medicine report that put the number of Americans with chronic pain at 100 million?

“A lot of people thought, ‘that number can’t be real; it’s too high,’” Pitcher said. “However, the number is probably accurate based on the questions being asked, but such a broad definition may be much less informative from a public health standpoint.”

As for the new study from Pitcher and colleagues, and the MMWR, “Even though the methods differed considerably, the estimates were in the same general range,” Michael Von Korff, an epidemiologist at Kaiser Permanente Washington Health Research Institute, Seattle, US, and an author on both reports, wrote in an email to PRF.

“It already is,” Darnall said, “by the nature of our beginning to integrate into our parlance that one size does not fit all with pain care. These data that characterize differences in patient experience lay the critical foundation for evidence that some patients do require different types of treatments.”

Porter hopes the shift will not only improve care but also reduce stigma toward people with chronic pain. “From a public awareness point of view, this could help others understand what it’s really like to live with chronic pain on a long-term basis.”

It could also improve the success of clinical trials, Pitcher suggested. “Results can be hard to interpret, maybe because there is such heterogeneity in the sample. It may add complexity to studies to include people with HICP, but if we focus on them, it’s going to do good things for our understanding of pain.”