Bizarro World at the World Congress of Physical Therapy

Home / Bizarro World at the World Congress of Physical Therapy 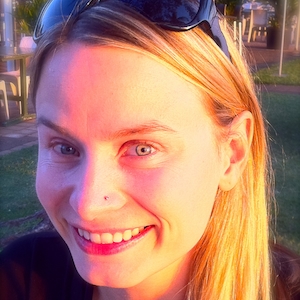 I have to admit, I’m a massive Seinfeld fan. So my apologies for this blog post title as it reflects my constant need to infuse daily life with Seinfeld references. For those of you not obsessed with Seinfeld, Bizarro World is an alternate reality discussed in the Seinfeld episode, Bizarro Jerry, when Elaine (one of the main characters) meets a new group of friends that are exactly like her normal group of friends (Jerry, George, and Kramer), except they are exactly opposite. And at the end of the episode, both groups of friends have a random chance encounter and we experience the extent of the Bizarro-ness.

Well, the World Congress of Physical Therapy (WCPT) was a bit like Bizarro world for me. A colleague of mine, Steven Kamper, has already provided a great post summarizing the conference, but I wanted to build on it a little. So Bizarro world… Usually at conferences, many of the biggest trials (like randomised controlled trials [RCTs]) are presented as platform presentations, thus allowing the greatest opportunity for dissemination. However, at WCPT, I found this to be opposite – some of the biggest trials were presented as posters. Now before I discuss this further, I’m not meaning to insult anyone who had a platform presentation – a lot of the presentations were really good and very interesting. Also, I’m not meaning to imply that all the posters were completely amazing (I had a poster[1], so that’s just poor form!)…I’m only speaking in general terms.

But I found this oppositeness fascinating. On the good side, it allowed platform presentations of studies with interesting findings (but that weren’t large RCTs) to be discussed in front of a larger audience. It also allowed numerous one-on-one discussions in the poster sessions with authors of some of the larger studies. Both of these things have merit. The only thing I found a bit tough to come to terms with was that these large RCTs, that are the highest quality of evidence we have for physiotherapy interventions and for guiding treatment, weren’t being highlighted to the physiotherapists attending the conference. The poster sessions were great, but there were a lot of posters and a lot of poster sessions, resulting in a decent chance that many practicing physios missed the results of these important studies.

At the end of the day, I felt a bit like I was experiencing Bizarro World and wasn’t exactly sure how good I felt about its Bizarro-ness. Has anyone else experienced conferences like this and what did you think? 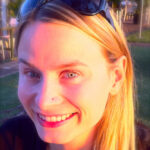 Tasha Stanton is a postdoctoral research fellow working with the Body in Mind Research Group both in Adelaide (at University of South Australia) and in Sydney (at Neuroscience Research Australia). Tash has done a bit of hopping around in her career, from studying physio in her undergrad, to spinal biomechanics in her Master’s, to clinical epidemiology in her PhD, and now to clinical neuroscience in her postdoc. Amazingly, there has been a common thread through all this hopping and that common thread is pain. What is pain? Why do we have it? And why doesn’t it go away?

Tash’s research interests lie in understanding the neuroscience behind pain and its clinical implications. She also really likes nifty experiments that may have no clinical value yet, but whose coolness factor tops the charts. Last, Tash is a bit mad about running, enjoying a good red with friends and organizing theme parties.