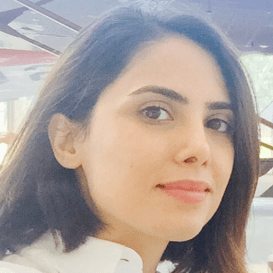 One of the main questions for us as pain researchers is how we can reduce pain.  We already know that painful stimuli such as electrical shocks involuntarily grab our attention because our body prioritizes them to protect us from harmful stimuli. Also, people who have chronic pain pay more attention to painful information and it is possible that these increased responses affect their cognitive abilities in daily-life [1]. So, it is important to understand how we can control the attention given to painful stimuli. Studies have shown that directing attention away from or towards painful stimuli is under the control of our working memory [1,2].

What is working memory (WM)? WM is one type of memory which temporarily stores and rehearses relevant information – WM maintains the features of relevant information and can control the extent to which attention is captured by irrelevant distracters; WM represents cognitive goals, which determine the amount of attentional resources allocated to achieve a task – and smooths the process of selective attention. Indeed, our cognitive capacity is limited [3,4]; to process stimuli in our environment we need to select them wisely; to optimize and to direct our cognitive resources towards relevant ones to achieve our goals. As an example, engaging WM can reduce the ability of painful stimuli to grab our attention and as a result decrease pain perception [1, 2].

WM performance is decreased in chronic pain patients and in older people. We wondered whether improving WM performance would enhance pain reduction. Non-pharmacologic interventions to improve WM have received attention recently, specifically noninvasive brain stimulation such as transcranial direct current stimulation (tDCS).  When applied to the scalp using two small electrodes, tDCS gives a weak electric current to the brain in a noninvasive and painless manner, which modulates the excitability of the brain tissue. Some studies have shown that tDCS may improve WM performance [5,6] but we do not know whether this expected working memory improvement may enhance reduction of pain. We also examined whether pain inhibition by WM and its enhancement depend on descending inhibitory pathways [7].

To test our hypotheses, we studied 40 healthy young volunteers. They performed two sessions: one session with anodal tDCS (which excites brain tissues) and another session with sham tDCS (which is like a placebo). As you can see in figure 1, we placed active/anodal electrode (red) over the left dorsolateral prefrontal cortex (figure 1B): over the F3 site, according to the International 10-20 system of electrode placement (figure 1A). The cathode (blue) was placed over the right deltoid muscle (figure 1D) to make sure that tDCS effects were due only to anodal stimulation. We chose to modulate the activity of the left dorsolateral prefrontal cortex (with intensity of 2mA) because studies showed that activation of this region is involved in WM performance and in the allocation of attentional resources [7].

In order to test whether pain inhibition by WM and its enhancement depend on descending inhibitory pathways, we used the nociceptive flexion reflex (NFR) as an index of spinal nociceptive transmission. We recorded the NFR from the right biceps femoris that was induced by electrical shocks to the sural nerve. We used two different electrical shocks: non-painful (tactile) and painful which they placed over the retromalleolar path of the right sural nerve for the painful stimulus and on the dorsum of the foot for the tactile stimulus (Figure 2A). Non-painful (tactile) was determined as the first stimulus intensity that produced a tactile sensation under the electrodes (Figure 2B). Painful stimuli were 120% of the NFR threshold (Figure 2C). In both sessions, stimulus intensity was adjusted individually and the painful and tactile stimuli were always delivered with the same pair of electrodes.

During both sessions, participants performed the same WM task the n-back task with two difficulty levels (0-back, 2-back) (figure 3). In the 0-back condition, subjects discriminated the color of a stimulus immediately after its presentation. In the 2-back condition, they discriminated the color of the stimulus presented two trials before. This second condition requires an increased engagement of working memory because you need to retain the information longer and despite distraction. While performing the working memory task, subjects received electrical shocks (17%) or tactile stimuli (83%) delivered randomly and they rated their pain perception on a scale between 0-100 [7].

Our main findings were as follows: 1) Participants’ response times during the more difficult task (2-back) were reduced by anodal tDCS 2) Consistent with response time improvement, pain inhibition was enhanced during the more difficult task (2-back) during anodal tDCS 3) Anodal tDCS improved WM but not nociceptive flexion reflex inhibition by WM 4) The between-session comparisons revealed no significant difference between anodal and sham tDCS. Our results showed that by enhancing WM performance, we can improve pain inhibition. The results imply that anodal tDCS can suppress pain indirectly by improving WM performance since pain inhibition by WM improvement was independent of descending inhibition of spinal nociception [7].

What were limitations of our study?

It could be argued that participants may feel different sensations in the sham and anodal sessions and this could produce a bias that may account for the findings [8]. However, participants were not aware that two different types of stimulation were used and they could feel an electrical current in both sessions. Although the sensation may have been different, they received no instructions that may have induced a bias [7].

Although experimental conditions and sessions were counterbalanced between participants, the same participants performed all conditions in both sessions. Therefore, a learning effect has the potential of increasing the effect of sham tDCS and decreasing the relative effect of anodal tDCS compared with sham tDCS. However, this within-subject design is a fair compromise to avoid inter-subject variability, which may be larger than the within-subject confound -but this remains to be assessed in future studies [7].

What are future directions and implications of this study?

Some questions in this field remain to be addressed in future studies. One such question is whether it is possible that by applying tDCS and increasing excitability in DLPFC, cortical resources for pain processing may be redirected to the n-back task. May the effect result from cortical reorganization, rather than improved WM? One way to determine this would be to examine if the same results are obtained if another technique for improving WM is used, for example, an app to practice the n-back task (learning – a similar process to the excitation induced by tDCS).

Our study improves understanding of the interaction between cognition and pain. We recently replicated these results in healthy older persons. We are currently using EEG with high definition tDCS to further study the interaction between brain activity, pain perception, cognition and focal brain stimulation. Future studies with longer-term follow-up assessments with different parameters of brain stimulation, such as repeated session of tDCS, combined with other therapeutic approaches are needed to extend these findings. Our study has important implications for clinical conditions related to pain or deficits in working memory performance. 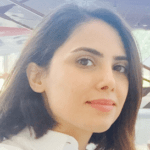 Zoha Deldar completed her training as a clinical psychologist at Alzahra University, Iran, as well as her masters in cognitive science. She is currently a Ph.D. candidate at the Pain Neurophysiology Research Lab and the CogNAC research group at the Université du Québec à Trois-Rivières (Québec, Canada) under the supervision of Professor Mathieu Piché. She is interested in the cognitive-affective pathway of pain and interventional manipulation of pain perception. Her Ph.D. project focuses on the cognitive inhibition of pain in young and old persons by using brain stimulation technics, EMG recording, cognitive and psychological measurements. 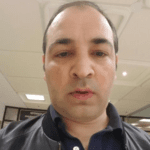 Nabi Rustamov finished his medical education at Azerbaijan Medical University, Azerbaijan and did his PhD at Hannover Medical School/ University of Veterinary Medicine Hannover, Germany. He is currently a post-doctoral researcher at Pain Neurophysiology Research Lab and CogNAC research group at the Université du Québec à Trois-Rivières (Québec, Canada) under the supervision of Professor Mathieu Piché. His post-doctoral research concerns the cerebral and spinal integration of pain in healthy people and in patients with chronic pain. These processes are investigated using EEG/ ERP, tDCS, EMG and behavioral measurements. 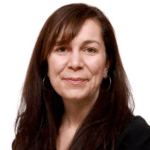 Isabelle Blanchette obtained her PhD in experimental psychology from McGill University, Québec, Canada, in 2000. She was a post-doctoral fellow at the University of London and then a lecturer in psychology at the University of Manchester. Since 2008, she has been working at the Université du Québec à Trois-Rivières, Québec, Canada. She is the codirector of the CogNAC research group. Her work examines the interaction between cognition and emotion. She investigates the impact of emotion on processes such as reasoning, attention and memory using methods from cognitive psychology and neuroscience. She conducts experimental studies inducing emotions in the lab as well as studies of populations exposed to potentially traumatic events, including victims of sexual abuse and civilian victims of political violence. 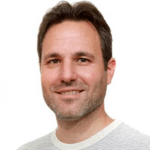 Mathieu Piché obtained his PhD in Neuroscience from Université de Montréal, Québec, Canada, in 2009. He was a post-doctoral fellow at the Tokyo Metropolitan Institute of Gerontology and is now professor at the department of chiropractic at Université du Québec à Trois-Rivières, Québec, Canada. He conducts translational studies on pain neurophysiology in rodents and humans. His work examines the neurophysiological mechanisms of endogenous pain modulation and pain relief by non-pharmacological intervention. His work with clinical populations concerns low back pain and irritable bowel syndrome, in which he described how heterotopic noxious counter-stimulation and selective attention can modulate pain. Other applied studies concern the neurophysiological mechanisms of pain relief by chiropractic interventions, including spinal manipulation.