Why are my mirror neurons going crazy? Oh right, it’s because I’m female 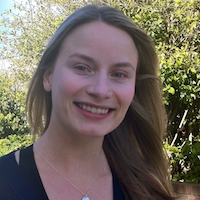 I’m not going to lie, I struggle with studies that focus on gender differences and tell me that because of my biological make-up, I’m destined to be a certain way or react in a specific manner. Now don’t get me wrong, overall at a population level, I can understand that these gender differences likely do exist, but it’s hard to take at an individual level. After all, I can’t change my biological make-up (I was going to say gender, but that opens up a whoooole new can of worms).

So I wasn’t too excited when the main findings of a recent study by Marzoli and colleagues[1] demonstrated that women are more empathic than men. However, I was pleasantly surprised by the premise and unique methodology of the study. Specifically, the authors looked at the relationship between self-reported empathy and motor identification with an imagined agent, considering the influence of gender. To evaluate this thing called motor identification with an imagined agent, the authors recruited heaps of normies and had them sit down, close their eyes and imagine a person in front of them (viewing imagined person from behind). Then the researchers asked the participants to imagine that the person was performing a movement such as using scissors. When participants stated they were able to clearly ‘see’ the person doing the movement the participants were asked to open their eyes and to indicate the hand used by the imagined person by showing their own right or left hand. Then the authors compared how often the hand used by the imagined person either corresponded (matched) or did not correspond (mismatched) to the participants’ own handedness.

Now the theory behind this study is that empathy (or the ability to put one’s self into anothers’ shoes), might rely on automatic activation of the motor representation of the observed action (ha – literally putting one’s self into another’s shoes!).  This is supported by associations seen between self-reported empathy and neural activity in regions of the mirror neuron system during various tasks (particularly during tasks involving emotion).[2] Now the authors completed a previous study that found that when imagining a person doing a movement, subjects reported a higher correspondence between their own handedness and the hand used by the imagined agent when the agent was seen from the back compared to the front (ie, in a position similar to one’s own which theoretically is easier to empathise with).[3] This led them to ask whether having high vs low empathy would affect this matched vs mismatched handedness between imagined agent and participant.

So what did they find? Well, when using the Balanced Emotional Empathy Scale (BEES), which assesses the tendency to share the emotional experiences of others, gender was important (females scored higher than males = more empathy) as was handedness correspondence (people who imagined the action being performed by their dominant hand scored higher than those who imagined the action being performed by their non-dominant hand). However, this was explained by a significant interaction whereby if you were female and imagined the action using the dominant hand, you scored higher than ALL other groups. This suggests that for females anyways, the findings seem to support this idea of a link between self-reported empathy and motor identification with imagined agents because if you were highly empathic (and female) you were way more likely to imagine the motor pattern being one that you would normally use (ie, using your dominant hand).

At the end of the day, yes, these results suggest significant gender differences, but at least they are positive toward women (unlike, good luck giving north/east/south/west directions should you be a woman[4]). Regardless, this is a fascinating study that deserves a good read and luckily is available for free here. I’m interested to hear your comments – from both genders!