Which treatments for which patients?

Home / Which treatments for which patients? 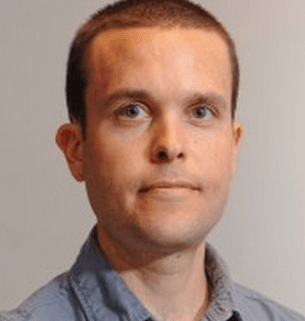 How do clinicians decide which treatments to provide to which patients? One might assume a simple process: if patient X has condition Y, treatment Z is provided. For many conditions, it is this straightforward – treatment guidelines are clear enough to remove any guesswork. Unfortunately, clear guidelines do not exist for chronic pain. Even the most specific guidelines leave plenty of wiggle room; there are also conflicting recommendations across guidelines. This situation speaks to the complexity of chronic pain as highlighted by the biopsychosocial model. It also contributes to wide variability in chronic pain treatment.

My team is interested in explaining this variability. Along with others, we have documented the fact that some (much?) of that variability is due to factors that “should not” intrude on the decision-making process. Patient sex is one such factor that sometimes influences clinicians’ decision-making. Several studies have found that women with chronic pain receive less optimal care than men[1-5]. Documenting sex/gender disparities is an important first step. Unfortunately, the literature often stalls at this point – either by replicating these findings ad nauseum or by moving on to the next shiny object. Left behind is the question of “Why?” – Why are men and women with chronic pain treated differently?

To date, the small literature in this area has focused on patient factors. For example, perhaps men and women are treated differently because they have different preferences. These are important contributors, but they are not the only plausible explanations. What about clinician factors?

We know that interpersonal interactions are influenced by the sex/gender match of participants. Thus, women interact differently with women than with men, and men interact differently with men than with women. It seems reasonable, then, to speculate that clinician sex matters in the context of sex/gender disparities in pain care. We also know that sexist attitudes are prevalent in contemporary society, and that these attitudes affect a range of behaviours. There is no reason to think clinicians are immune to sexist attitudes – somehow inoculated by their clinical training. (Interestingly, some have argued that well-intentioned efforts to emphasize cultural competency in medical education actually perpetuate such attitudes (see Núñez[6])). Thus, clinicians’ sexist attitudes may also contribute to sex/gender disparities in pain care.

These results are consistent with the idea that pain in women is more likely to be “psychologised” than in men. But the story isn’t so simple: mood disorders are indeed more prevalent in women. Thus, are clinicians more likely to conclude that women’s pain is “in their head” and, thus, to treat with psychosocial interventions? Or are clinicians aware of base rate differences in psychiatric disorders between men and women and tailoring their treatments accordingly? We were not able to resolve this issue in our study, but it will be interesting to pursue in the future.

To thicken the pot further, only female clinicians showed these sex/gender disparities. What to make of this? There is some support in the general medical literature that female clinicians are more likely to consider a patient’s psychosocial situation when providing care[12-16]. Our study suggests this holds true for pain-specific care, with one potentially important caveat: the emphasis on psychosocial factors only occurs when treating female patients. To speculate, perhaps female clinicians are more aware of base rate differences in psychiatric disorders and/or more attentive to the psychological status of their female patients. Drawing from the literature on in-group favoritism[17], another possibility is that female clinicians err on the side of providing more care to female patients who are already vulnerable to undertreatment[1-5]. As we are so fond of saying, future research is needed…

In summary, we found female (but not male) clinicians are more likely to recommend psychosocial treatments for female pain patients than for similar male patients. Clinicians’ sexist attitudes were not associated with these treatment differences. Further research is needed to flesh out the interaction of sex (patient and provider) and sexism in the context of pain care. Better understanding of the factors (patient, provider, contextual) that amplify and mitigate such differences may lead to targeted efforts to reduce sex/gender disparities and improve treatment for patients with pain. 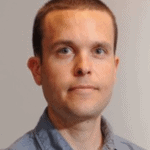 Adam is a clinical health psychologist and Assistant Professor in the Department of Psychology at Indiana University – Purdue University Indianapolis. His lab conducts research on the biopsychosocial aspects of pain and functioning in humans. In one line of research, they use virtual human technology and mixed methodology to investigate pain judgments and clinical decision making. They are currently adapting this technology to test an intervention to enhance clinician empathy and improve clinical decision making. They are also currently conducting research on perceptions of injustice in children and families dealing with chronic pain, as well as research on racial/ethnic differences in pain expectations and coping. In addition to pain science, his laboratory is keenly interested in the wonders of craft beer and fine pastries.