When does another’s pain catch our eye?

Home / When does another’s pain catch our eye? 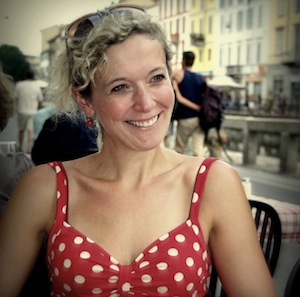 A 5 year old girl reaches toward a hot stove. From the moment she touches the stove, she withdraws her hand and starts crying. Seeing this, her mother quickly takes action to cool down her daughter’s hand and to comfort her child.

While several mechanisms may underlie the girl’s and mother’s actions, it has been argued that attention is central to understanding the emergence of so-called protective responses. The experience of pain promptly captures the girls’ attention, leading to a quick behavioural withdrawal.  Further, through behavioural manifestations – e.g., facial expression – the girl’s pain captures her mother’s attention, motivating her to come to her daughter’s aid. Indeed, emerging literature converges to suggest that pain not only captures one’s own attention (Crombez et al., 2013) but also the attention of others (e.g., Vervoort et al., 2012).

However, existing studies of attention towards pain are not without limitations. Take as an example the extensively used dot-probe task. In the dot-probe paradigm, participants are briefly shown a pair of stimuli (most often two words) at two different spatial locations on a screen. One of the stimuli is a pain-related word (‘aching’) while the other is neutral (‘sponge’). When these stimuli disappear from the screen, a “probe” (e.g., a small white rectangle) emerges at the location of either the pain-related or neutral word. Participants are asked to respond as quickly as possible to the probe; it is expected that participants with bias toward pain information will respond faster to probes coinciding with the location of the pain word, rather than the neutral word.

Unfortunately, conclusions regarding attention to pain can only indirectly be inferred from methods such as the dot-probe. This is because responses from the dot-probe rely on how quickly participants press a computer key. However, when encountering threat (such as pain) in the environment, the first natural response is to orient one’s eyes towards the danger, rather than point toward it. Furthermore, existing methodologies provide only a brief snapshot of attention. For instance, a participants’ response to the dot-probe lets us know where attention is at the moment of response, rather than where it was for the previous 500 ms that the pain/neutral stimuli appeared on screen, or where it went subsequently. Finally, reliance on pain words poses a basic problem of ecological validity. Words only indirectly relate to pain experience and we are unlikely to encounter pain words in everyday life.

In our recently published paper in Pain (Vervoort et al., 2013), we attempted to address these limitations. Rather than using pain words, we used pain pictures. Specifically, participants were asked to look at a series of picture pairs consisting of neutral faces paired with faces showing pain expression. To closely approximate real-world context, participants were not provided explicit instructions on how to view the images. We then used eye-tracking technology to assess participants’ attention to the pain faces of others.

This approach allowed us to directly (vs. indirectly) and continuously (vs. momentarily) assess participants’ attention to ecologically meaningful pain stimuli. We expected participants to initially orient toward and maintain their gaze longer on the pain images. We expected this to be more pronounced among participants who reported higher pain themselves and who felt threatened and helpless about their pain experiences (i.e., high pain catastrophizing participants).

Results both confirmed and challenged our expectations. Rather than initially orienting toward pain, high catastrophizing participants showed a tendency to orient away from pain faces. Similarly, those who reported high pain were less inclined to maintain their gaze on the pain images. We hypothesized that such avoidant tendencies may represent attempts to manage or regulate distress that likely arises when viewing another in pain and that pain avoidance may, compared to attention to pain, differentially impact behaviour.

Surprisingly, while attentional bias to pain has been extensively researched, little is known about the emotional and behavioral implications of attentional responses (for an exception see e.g., Van Ryckeghem et al., 2013; Vervoort et al, in press). Taking advantage of advances in methodology such as eye-tracking, we argue that more research is needed to address whether (and when) attention matters.

For more information on this study go here.

Tine Vervoort is a senior post doctoral fellow of the Flemish Research Foundation (Belgium) and works at Ghent University, Belgium. She obtained her Phd (greatly supervised by Geert Crombez) in clinical psychology in 2008. Her Phd concerned the investigation of the impact of pain-related threat and social contextual factors upon pain expression in children. Tine’s current research area concerns the investigation of observers’ emotion/distress regulation when faced with another in pain and its implications for observer behaviour. The regulatory function of observer’s attention deployment and reappraisal are considered particularly relevant in this regard. These processes are mainly investigated within parent- child dyads.