Explainer – what is pain?

Home / Explainer – what is pain? 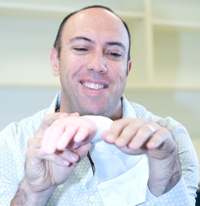 This is an expanded and re-targeted version of the original piece, ‘Explainer-What is Pain‘, published in The Conversation.

‘..if someone has a pain in his hand, then the hand does not say so ….. one does not comfort the hand, but the sufferer: one looks into his face.’ Wittgenstein 1953[1]

‘So what is pain?’ It might seem like an easy question – as Henry James said of attention – ‘everyone knows what it is’[2].  However, the answer depends on who you ask. Some say pain is a warning signal that something is damaged (but what about pain-free major trauma?)[3]; some say pain is the body’s way of telling you something is wrong (but what about phantom limb pain, where the painful body part is not even there?)[4]; some say it is an evil tormentor, relentless, brutal and unforgiving; some say it is a reminder that they are broken, that their spine is ‘out’ or that their disc is ‘slipped’ (note to self: discs never slip. Ever).  Others say it is punishment for their sins, or a test of their faithfulness.

Some scientists say pain is a particular pattern of brain activity; dodgy motivational talks might call pain ‘weakness leaving the body’ or profess ‘No pain? No gain!’

My son, when he was seven, said ‘Pain is what makes me stop and look for you.’

Pain scientists are reasonably agreed that pain is an unpleasant feeling in our body that makes us want to stop and change our behaviour. We no longer think of pain as a measure of tissue damage – it doesn’t actually work that way even in highly controlled experiments. We now think of pain as a complex and highly sophisticated protective mechanism.

So, there is no such thing as a pain receptor. We do, however, have specialized nerves that detect potentially dangerous changes in temperature, chemical balance or pressure. These ‘danger detectors’ (or ‘nociceptors’) send alerts to the brain, but they cannot send pain to the brain because all pain is made by the brain (see my piece for The Conversation on pain being in the mind, but not in the way you might think).

Pain depends upon the brain evaluating a massive amount of information, including danger data from the danger detection system, but also cognitive data (for example expectations, previous exposure, cultural and social norms, beliefs – the context is critical [4]) and other sensory data (for example that from vision [5], or that from other sensors in the area).

We now know that pain can be turned on [6, 7], or turned up [5, 8], by anything at all that provides the brain with credible evidence that the body is in danger and needs protecting [9] (see also my other piece for The Conversation, that one on wise choices).

Pain is only one mechanism by which we are protected. We are blissfully unaware of the other things that are happening, all the time, to protect us – the immune system releasing inflammatory molecules to kill invaders or repair broken tissue; the autonomic system increasing our arousal, preparing us to run; the endocrine system stimulating healing and recovery; the motor system tweaking our movement patterns to modify and vary mechanical stressors on certain tissues. It is only our feelings – pain, fear, hunger, thirst and fatigue – that engage our entire being in the task of protection and preservation.

So is it all about the brain and not at all about the body? Of course not – these danger detectors are distributed across almost all of our body tissues and act as ‘eyes of the brain’. When there is a sudden change in tissue environment, these danger detectors are our first line of defence – they alert the brain; they mobilise inflammatory mechanisms, releasing their own immune molecules that increase blood flow, cause the release of healing molecules from nearby tissue, triggering the repair process.

Local anaesthetic renders these danger detectors useless, so danger messages are not triggered and, as such, we can be pain-free despite major tissue trauma. Inflammation on the other hand, renders these danger detectors more sensitive, so they respond to situations that are not actually dangerous – creating a magnified buffer of protection so that healing can occur without interruption. What a fearfully and wonderfully complex protective adaptation!

Danger messages are highly processed before they even reach the brain, and the brain itself is complicit in the processing. For example, the danger detectors synapse with ‘second order danger messengers’ (called ‘spinal nociceptors’) in the spinal cord. Spinal nociceptors send their danger message into the brain, but they are also are under real-time control from the brain, increasing and decreasing their sensitivity according to what the brain suggests would be helpful. So, if the brain’s evaluation of all available information leads it to conclude that things are truly dangerous, then sensitivity of spinal nociceptors increases (called descending facilitation). If the brain concludes things are not truly dangerous, then sensitivity of spinal nociceptors decreases (called descending inhibition). Remember that it is not a pain message that is being modified, but a danger message. In this way, the brain works like a Government Minister who advises the head bureaucrat what the Minister wants to hear! Clearly, the brain is messing with the system here.

Once a danger message does arrive at the brain, the extent and complexity of evaluation is truly mindboggling. Many brain regions are involved and the exact mix of brain regions varies between individuals and in fact, between moments within individuals.

There are important implications here. To reduce pain, we need to reduce credible evidence of danger. We can do this by turning off danger detectors, which is very effective in cases of acute injury. When it comes to pain not associated with a clear or ongoing injury (which is the vast majority of persistent pain states – even those with positive MRI results or blood tests), this local anaesthetic approach is usually unhelpful. Then the challenge becomes a more complex one – we must identify all the sources of credible evidence of danger – they might exist in how the immune system is working, or the endocrine system, or the movement system, or the evaluative (cognitive system), or the very mechanisms by which the brain is representing the body.

The final consideration relates to chronic pain, the most burdensome health issue on the planet in terms of years lived with disability[12] and economic cost to our societies[13]. In chronic pain, all the above applies but with one very significant caveat: the hardware (the biological structures involved in conveying and processing danger messages and in integrating other threatening cues) increases its sensitivity. This, the dark side of neuroplasticity, is one significant reason that recovery from persistent pain is seldom a quick fix, but requires a journey of patience, persistence and good coaching. Our efforts focus on decreasing sensitivity in the system and training it, gradually over time, to be less protective.

The Conversation has kindly allowed us to publish this expanded version of their article. To give them credit where it is due, it would be excellent if you could click on the original Explainer Article here to link directly to the original post.