What is Cognitive Bias?

Home / What is Cognitive Bias? 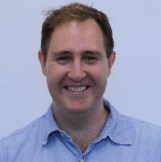 So what is cognitive bias? As with any complex human process it is best illustrated with a famous experiment Amos Tversky and Daniel Kahneman conducted in 1983 [1].

Linda is 31 years old, single, outspoken and very bright. She majored in philosophy. As a student, she was deeply concerned with issues of discrimination and social justice, and also participated in anti-nuclear demonstrations.

Which two alternatives is more probable:

When this question was put to 142 undergraduate students at The University of British Columbia, 85% of respondents indicated that the second option was more probable.

The correct answer is of course A. From a simple statistical standpoint, it is far more likely that Linda is a just a bank teller. The description of Linda is such that, (back in the early 80s) it lends itself to the stereotype of someone who may have been active in the feminist movement. Instead of adopting a purely statistical approach to the example human instinct (bias) kicks in, we place emphasis on the human elements of Linda’s description and ignore the critical issue of probability.

Human judgement and instinct are so strong that we arrive at a conclusion before we have even considered all of the available information and potential options. This instinct is critical to survival, how else do we know which apple to eat off the tree. The same instinct and judgment that has aided our survival for millions of years can also be our undoing when choices need to be made that require more objective decision making.

The book “MoneyBall”, popularised by the movie of the same name in 2011, demonstrates the success of the Oakland athletics baseball team when cognitive bias was reduced [2]. The book highlights the benefits of sabermetrics (the statistical analysis of baseball) over the traditional means of putting together a baseball team, which relied more heavily on intuition, judgement, and instinct of managers, coaches and scouts. Against all odds the cash strapped Oakland athletics baseball team reached the playoffs in the 2002 and 2003 seasons. They controversially selected their squad based on objective statistical analysis of a players performance and ignored the human instinct and bias of whether or not they “looked” like a good baseball player. That is not to say that statistics can save us all the time, as will be explored in an upcoming post, even statistics are open to many forms of bias.

These two examples highlight different aspects of cognitive bias. It is incredibly difficult to pin down exactly what cognitive bias is. It is engrained in all our decision making and comes in many different forms depending on the situation. The Texas sharp shooter is another example of a cognitive bias [3]. The term comes from the story of a self proclaimed Texan sharp shooter. An individual fires a number of rounds at the side of a barn. A target is then drawn around the biggest clump of bullet holes and you have yourself a bullseye. Whilst an extreme example this is not as uncommon as we think. We see things that we want to see, and discover things we want to discover, often at the expense of other truths in our world.

Whilst we can never remove all forms of cognitive bias from our lives, (nor would we want to) being aware of when and how cognitive bias influences our decision making plays an important role in making us better clinicians, researchers and objective decision makers. 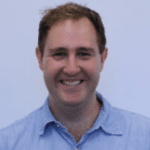 Based at Neuroscience Research Australia Ian is working on the Prevent low back pain trial. He originally completed a Bachelor of Management in Sport and Exercise Science at the University of Technology Sydney. This provided the perfect backdrop to pursue one of Ian’s other interests in coaching rugby. The west was calling though and Ian headed to Notre Dame in Perth, Western Australia to train as a Physiotherapist. Ian soon became infatuated with the biopsychosocial model spawning what is quickly becoming an ongoing fascination with the complexity of pain. Frustrated at the treatment options for chronic back pain Ian’s PhD investigates attentional bias and cortical changes in low back pain patients. Ian is very excited for the day that chronic pain is easily treated, or even prevented before it becomes an issue, and he can enjoy his days drinking cocktails by a beach in the Caribbean.