What if pain changes the mind?

Home / What if pain changes the mind? 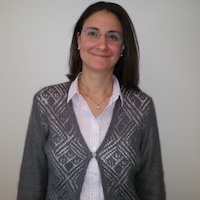 †To a friend of mine. Because her lightening mind was stronger than the pain.

When trying to explain someone’s pain, we usually first look at the pain signature in the body. This is surely right, because despite of its nature, pain rises as a sign from the body.

Much scientific work has focused on the factors promoting chronic pain. Aside of patho-physiological mechanisms involved in tissue and nerve injuries, inflammation and sensitization processes, the way we perceive, interpret and cope with pain seems to influence how it will be felt in the body. Such psychological attitudes towards pain like catastrophic thinking, fear of pain and vigilance to pain stimuli have been repeatedly shown to influence the perception of pain and to forward its chronification [2,3,4,5].

We used postoperative pain as a model of severe acute pain. Young male patients undergoing surgical correction of congenital chest malformation named “funnel chest” were followed 1 day before and 1 week, 3 and 6 months after surgery [1]. The patients had no previous history of severe pain episodes and this allowed for testing the impact of first severe pain event on the cognitive-emotional processing. Pain-related cognitions and emotions like pain catastrophizing, fear of pain and hypervigilance to pain stimuli were assessed via questionnaires at each assessment point. Additionally, attentional focusing or avoidance of pain-related and other emotionally-loaded stimuli were assessed via a dot-probe task. In a dot-probe a pair of words is presented in the center of a computer screen (one below and one above the center of the screen). Short time after the words disappear, a red dot appears in the position of one of the two words. The subject is asked to respond by pressing a key to the location of the dot as fast as possible.  In our study a neutral word was always paired with either a pain-related, social threat or positive word.  By analysing the reaction time to respond to the dot, it can be concluded whether the subject is focusing on or avoiding the emotional words. Acute postoperative pain was quantified by using pain ratings and the patient’s request for analgesics at the time point 1 week post-surgery.  If acute pain is a factor strong enough to meaningfully influence future cognitive-emotional processing, then, we hypothesize, that it should be able to compete with another variable that definitely influences the level of cognitive-emotional variables, for example the psychological variable of interest measured at a preceding point in time (e.g. pain catastrophizing measured at 1 week post-surgery predicts the level of pain catastrophizing at 3 months post-surgery). We tested then, if acute postoperative pain (pain ratings and the analgesic request) can significantly increase the prediction of each of the psychological variables at 1 week, 3 and 6 months after surgery. The results showed that acute pain (pain ratings) could meaningfully contribute to explain the degree of pain catastrophizing, pain anxiety and pain vigilance at 1 week after surgery [1]. Similar effects could not be found for the attentional processes.  This influence of acute pain on the cognitive-emotional processing lasted during the acute phase post-surgery. Significant influences were not found at 3 and 6 months after the surgery [1].

It seems that one-time severe pain experiences like postoperative pain have an immediate negative influence on pain-related cognitions and emotions, and this effect diminishes with distance to the pain event [1]. The findings, while limited in terms of generalizability allow for some speculation regarding possible clinical implications. First of all, the results support the need of psychological support during an acute pain episode as, for example, after surgery. Especially, psychological prevention could help limiting unfavourable consequences that might follow. We speculate that in relation to severity, duration and repetition of pain episodes, changes in cognitive-emotional processes might become stable [1]. This could be true for a proportion of individuals with unfavourable emotional coping. Altered cognitive-emotional processing could serve as silent risk factor influencing future pain experience. The provocative message is that to cure pain it might not be enough to cure the body. 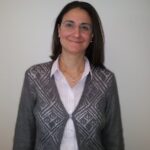 Violeta Dimova works in the field of experimental psychology and neuroscience. She began studying the risk factors and consequences of postoperative pain as a doctorial researcher in the lab of Stefan Lautenbacher at the University of Bamberg where she was involved in a longitudinal clinical project on postoperative pain. Her research interests include understanding the developmental processes from acute to chronic pain, pain in neuropsychological disorders such as spatial neglect and dementia, and spatial disorders after stroke. Violeta Dimova is currently working as a research assistant in the lab of Jörn Lötsch at the Department of Clinical Pharmacology at the University of Frankfurt am Main.