How we walk affects what we remember…?

Home / How we walk affects what we remember…? 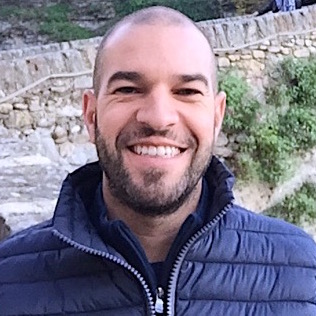 A recent paper published in the Journal of Behavior Therapy and Experimental Psychiatry (Michalak et al 2015) did an interesting experiment to answer a similar question. Of course, their question was slightly more elaborate, and based on the finding that people with depression tend to have a negative affective memory bias, meaning they recall negative information about themselves more often than healthy people do (Mathews & Macleod 2005). Previous work by the same group (Michalak et al 2009) demonstrated that people with depression have a walking style that is different  from that of healthy controls (but similar to the second friend in the first paragraph).

Based on the bidirectional interplay between bodily sensations (e.g. behaviour) and emotional processing (e.g. memory) known as embodiment (Niedenthal 2007), this group investigated if walking style influences affective memory bias. The authors used task to examine affective memory bias that looks at the difference between the number of positive and negative words the person recalls from a set list of words. Unbeknown to the participants, this task was embedded in a feedback-guided gait manipulation experiment.

Thirty-nine university students walked on a treadmill for over 20 minutes. Once their natural walking style was determined by the motion system, visual feedback about their walking style was displayed on a monitor in front of them. They were told their task was to move the vertical bar towards the right side of the scale by changing the way they walked. In order to achieve that, half of the participants had to adopt a walking a style that is characteristic of being happy, and the other half of being depressed (but the participants didn’t know this – they just had to work out how changing their walking style moved the bar). Their walking style was scored in a happy-sad spectrum based on the author’s previous work (Michalak et al 2009 – the link to a cool simulation of both walking styles is available in their 2015 article). At no point participants were aware of the objectives of the study, and what they were trying to achieve by following the feedback. After they had been walking for a little while, the researcher read aloud a list of 40 words of positive and negative valence. To make these words self-referent they asked the participants to think about each word and decide if it described them well. Later, while still walking the students were asked to recall as many words as they could.

At the end of the experiment, participants completed a questionnaire to assess their emotional state. This included questions from the positive and negative affective scale (PANAS) hidden among a number of irrelevant questions. Participants were also asked if they knew what was going on, and none of them had a clue! Interestingly, only a few participants could describe what they actually did to move the feedback bar. This suggests that changes in walking style were entirely related to the intent to achieve a task, and not by consciously trying to mimic a style that denotes a specific emotion.

The results of the study showed the happier the students ‘walked’, the fewer negative words they recalled. Another interesting point is that these findings were not influenced by the participants’ emotional state (as determined by the PANAS). This is pretty cool; because their findings suggest that changing a person’s walking style can modulate what the person remembers!

What is the importance of such findings?  It is early days to discuss the applicability of these findings to a clinical sample, but the authors provide us with some insight. For instance, in the future, if changes in walking style are found to influence cognitive processes in a sample of people with depression; walking as an exercise may be prescribed not only in terms of its intensity, but also in terms of its style. Meaning that, a happier walking pattern may be used to facilitate a positive change in what people with depression remember. Potentially, breaking a negative cognitive-affective cycle.

Meanwhile, if you are after a good (positive) memory, walk tall and swing those arms! 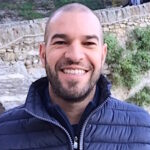 João Paulo (JP) is a Specialist Physiotherapist (FACP) consulting at Bodylogic Physiotherapy in Western Australia. JP also lectures in the Clinical Masters in Physiotherapy at Curtin University, where he is currently doing a PhD supervised by Peter O’Sullivan, Anne Smith, Ottmar Lip and Lorimer Moseley. JP’s research is investigating the process of change in people with persistent low back pain and high pain-related fear undergoing a personalized Cognitive Functional Therapy intervention. In his spare time, JP travels to Brazil to visit his family as well as doing a bit of teaching.  He is also one of our Associate Editors on BiM.