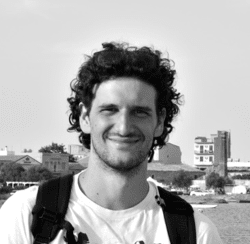 Nociceptive stimuli are processed through specific sensory pathways. Nonetheless, pain perception is highly subjective, and the amount of pain we feel depends on many things, including whether or not we are able to see the relevant body part. Indeed, looking at one’s own body reduces responses to pain, an effect known by the name “visual analgesia”.

Similarly, it has been shown that looking at a bigger version of one’s own hand (for example looking through a magnifying lens) leads to reduced pain sensations. Although these effects are similar, it is not known whether visual magnification effects are related to body ownership.

The sense of ownership over our own body is such a common experience that people take it for granted, yet we know that it can be experimentally manipulated.

In our new study we investigated the relationship between how our own body is represented in the brain and how we process painful stimuli (in healthy people), with two main goals. We aimed to provide further evidence that visual analgesia can be induced by looking at a virtual body, and we tested whether different sizes of the virtual body ‘avatar’ modulate visual analgesia differently, as is seen when an actual body part is magnified.

We took advantage of virtual reality and manipulated the sense of ownership towards a virtual body. We measured physiological responses (Skin Conductance Response – SCR) to a needle pinprick delivered to the participant’s body while, by means of a head-mounted display, he/she was looking at a virtual body from a first-person (embodied avatar), or a third-person (non-embodied avatar) viewpoint. In other words, either it looked like the avatar belonged to him/her or it looked like the avatar belonged to someone else. Moreover, the virtual body was provided in three different sizes: a standard body of normal size, a magnified body, and a narrowed body. SCR measures the activation of the autonomous nervous system and typically increases when a painful stimulus approaches and touches the body. Therefore, stronger responses of SCR should be observed for stimuli that are processed by the brain as more painful.

We found reduced SCRs when the virtual body was seen from a first-person viewpoint, the same condition that induces a sense of ownership toward the virtual body. These results support the notion that looking at one’s own body induces analgesia, suggesting that effects similar to visual analgesia might extend from the biological body to an embodied avatar.

In a further analysis we found that individual differences in perceived body size are effective in modulating changes of SCRs. We found that the more a participant perceived the virtual body as bigger than his/her own, the smaller the SCR following noxious stimulation, but only in conditions that promoted avatar embodiment.

A critical aspect of our study is that we were able to impact physiological responses, but not the conscious experience of pain. Nonetheless, this is consistent with other findings employing different bodily illusions. For example, studies using the rubber hand illusion (RHI) have found that pain ratings for noxious stimuli delivered to the physical hand did not change during illusion, but pain threshold increased. This indicates that the RHI affects the indirect evaluation, but not the direct self-rating of pain. It seems that, although the rating of pain experience did not change significantly in the domain of bodily illusions, the vision of the body and its size can impact pain processing at implicit level, increasing the pain threshold and reducing the responses of the autonomous nervous system. It remains unclear whether changes in self-rating of pain could be achieved with more realistic virtual scenarios, integration of the filmed own body, or adopting paradigms inducing stronger embodiment.

This study may inform the development of future pain treatments in different clinical conditions, in particular considering populations that might benefit from a modification of body representation, such as patients with chronic pain syndromes and phantom limb pain. However, it is important to note that further research is necessary to determine whether protocols can be developed that are also able to reduce self-reported pain levels. For example, the effects of virtual reality may potentially surpass those of mirror box therapy, where a parasagittal mirror is used to show the reflection of the healthy arm in place of the view of the affected one. Indeed, the use of virtual reality would extend this approach by offering fine tuning of the features of the virtual feedback, so that the treatment could be tailored to the personal requirements of the patient. 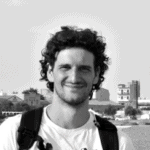 Daniele Romano is a Post-Doctoral fellow at psychology department of the University of Milan-Bicocca. He took his PhD in experimental psychology, linguistics and cognitive neuroscience in January 2014, and he is actually part of the Body-B Lab directed by prof. Angelo Maravita.
He completed his bachelor studies in Psychology, that followed by a master degree in Neuropsychology. He undertook his PhD studying the interactions between the sense of ownership and the processing of painful stimuli at University of Milan-Bicocca, spending part of this period at the LNCO directed by prof. Olaf Blanke at the EPFL of Lausanne (Switzerland).

His current research interests include the study of pain processing in patients with deranged body representation (Somatoparaphrenia, Xenomelia, Alien Hand, Anosognosia), and in healthy people following body representation manipulations. He is also interested in the mechanisms underlying the Mirror Box Therapy and the plasticity of peripersonal space.

Here is the link to the Body-B Lab website  and the link to Daniele’s published studies here.