Vania Apkarian and the holy grail 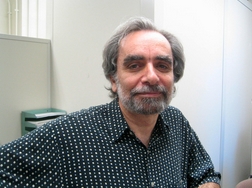 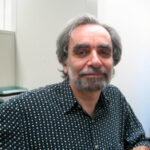 I love hearing Vania Apkarian speak. He is always so positive about his data and so forthright in his views that you have no doubt what he thinks and no doubt that he loves going to work.  This workshop I went to today was no exception – it was Apkarian at his best. And, quite possibly, he has good reason to be excited. His group at NorthWestern in Chicago has been working for over a decade on functional and structural brain imaging in people with chronic pain. Indeed, he makes a real point of making sure that his team of students and post-docs are acknowledged for their monumental contributions. Over that time, his group has stamped its name on much of what is known about the brain of people in chronic pain. Here is a bit of what his group, and others, have discovered:

Apkarian is sure this relationship between NAc-mPFC and chronicity is causal (as sure as he is that catastrophising doesn’t exist, but that is for another day). One question I am hoping that Vania responds to before this posts is whether or not the NAc-mPFC effect could have emerged between injury and entry to the study. NEWS FLASH – he has, he said that he presumes it reflects the individual’s response or interpretation of their injury, but that it remains to be shown. There are recent data that connectivity changes can occur as little as 2 weeks in a learning model, which would seem to support this possibility.

A final reflection here is that Apkarian reckons this NAc effect reflects a value judgement on the pain – sounds like something that might help from an intervention that could help the patient reconceptualise their pain…..

On Vania Apkarian – this is what his website at NorthWestern University in Chicago says: Dr. Apkarian has been studying pain for over two decades, both in animal models and fMRI studies in humans. His current interests include cortical dynamics of pain as well as brain plasticity. His overall goal is the uncovering of brain mechanisms underlying PAIN QUALIA. This work aims to alleviate clinical pain conditions and achieve a more profound theoretical and mechanistic understanding of the brain.  It should also say that he is Professor of Physiology, Surgery & Anesthesia at NorthWestern University, has received enough grant money to support a medium sized country, written 130 papers, 20 book chapters and 2 books. He is a real life heavyweight so we should all take notice.

[Update: 12 Dec 2012 – the link NorthWestern University is no longer working but this is what it said in May! ]