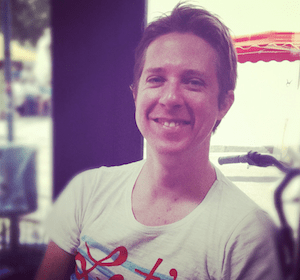 When I came off my bicycle and my arm moved in ways it shouldn’t have, I was admitted to an emergency department (ED).  My arm hurt – a lot – and I wondered why efforts to reduce the pain weren’t entirely effective.  ‘We can land a man on the moon, but not stop a broken arm hurting?!’  It didn’t compute.  One of my thoughts was this: ‘Perhaps they’re preserving some pain so I can keep an eye on things and let them know if something really bad is happening.’

Years later, I needed a research topic, and the same question occurred to me in more impersonal terms: perhaps pain is sometimes under-treated in the ED in the service of diagnosis.  I started looking into this, hitting up PubMed for articles, and it turned out that for some 20 years the under-treatment of pain in the ED had been a problem, one sometimes disputed but much researched.  Many causes of pain’s under-treatment had been mooted, including the prioritisation of diagnosis, but I couldn’t find anything specifically on the ethics or morality of under-treating pain in the service of diagnosis.  So I resolved to talk to some ED doctors and nurses about this.

I was stunned, and not a little wrong-footed, when my first interviewee assured me that nowadays there is rarely any clinically valid reason for under-treating pain, so the notion that under-treating pain can help with your diagnosis is defunct.  So much for my weighing up the trade-offs, and carefully considering the morality of a doctor’s choice!  There was no choice to make – a doctor could achieve both good pain management and a good diagnosis.

But some other things of interest floated to the surface.  Pain was often referred to as ‘subjective’ and therefore difficult for a practitioner to get a read of.  It was possible to approach the patient’s pain as something elusive, and therefore to seek out confirming and disconfirming pieces of evidence, with the patient’s word counting as but one piece of evidence among others.  Suspected drug seeking on the part of some patients was capable of casting a shadow of doubt over all patients.

Typically there is no room for doubt when someone is flailing in pain in front of you.  If somebody asks, ‘But how do you know he’s in pain?’, you might well laugh, or look back in horror.  The problem for ED practitioners is that there is room for doubt about whether patients are in pain, and about how much pain patients are in, because patients can exaggerate or under-report their pain for all sorts of reasons and this might not be good for them.  The exaggerating patient might be seeking opiates or just more medical attention.  The under-reporting patient might be afraid of distracting the doctor’s attention away from some other problem or of getting addicted to painkillers.  So the question, ‘But how do you know he’s in pain?’ can meaningfully arise for ED practitioners.

Meanwhile, I was reading up on the science of pain, and I came across Donald Price’s notion of ‘secondary pain affect’ [1].  Price coined this term to highlight “emotional feelings directed toward long-term implications”, something “based on more elaborate reflection related to that which one remembers or imagines” (p. 1769).  The notion struck a chord in me (not just a nerve).  It seemed to give scope to how pain could be compounded by fears, real human fears about the future and the meaning of life, not simply primal fears about clear and present danger.  The notion seemed ripe for expanding on, and for applying when thinking about the potential of some ED interactions and omissions to compound patients’ discomfort.  Finally, I came across an experimental study advancing the idea that people tend to feel more pain but show less if they think that someone is allowing them to suffer [2].

I led the writing of an article that brings together these ideas [3].  The article presents an argument for the plausibility of two new hypotheses for why pain is still under-treated in the ED, despite efforts to improve things.  (And if the hypotheses are plausible, then empirical investigation should be considered.)  We invite the reader to consider whether pain’s under-treatment in the ED can be attributed partly to (1) “an epistemic preference for signs over symptoms on the part of some practitioners”, and (2) “some ED practices that themselves worsen pain by increasing patients’ anxiety and fear”.  In the next blog post, I explain what we mean by this. 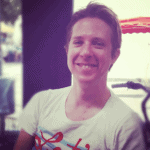 Drew Carter is a moral philosopher, with a particular interest in health ethics.  He is a  Research Fellow in Ethics in the School of Public Health at the University of Adelaide, and has a BA(Hons) in Philosophy and History (Unimelb) and a PhD in Philosophy (ACU).  His main research area is the ethical allocation of health care resources, but he is also interested in improving efforts to conceptualise, study and treat pain by drawing on insights made by philosophers such as Ludwig Wittgenstein and Iris Murdoch.  His work on pain was supported by the Brocher Foundation.