Affective Touch by Others Determines how we Perceive our Own Body 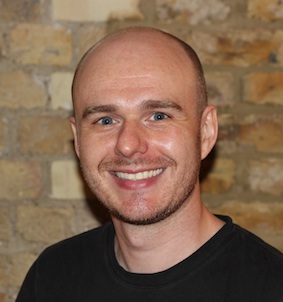 Just why does the touch of a loved one feel so good? The answer may have something to do with the fact that slow, gentle touches from another person (like the caress of a loved one) can enhance our sense of self – specifically, the feeling that our body is our own (i.e. the sense of body ownership). This sense of body ownership seems indubitable; after all, our body is one of our most faithful companions. It is always there, forming the background to our experiences. We have therefore learned to take its ownership and control for granted. However, neurology and psychology have long demonstrated that such subjective perceptions of body ownership and agency (i.e. sense of being in control) are plastic and changeable.

One now-famous experimental technique that can demonstrate such body malleability is the rubber hand illusion (RHI). The illusion is created by asking people to watch a rubber hand being stroked in synchrony with their own, unseen hand (e.g. see here). In most people, this artificial matching between touch of the real hand and vision of the rubber hand creates the subjective sense that the rubber hand is a part of their own body. More than a hundred studies have now used this illusion to test how various sensory and motor signals from the body can be combined to influence the subjective sense of body ownership.

Despite this widespread fascination with the rubber hand illusion, we noticed a striking neglect in the literature: few studies had examined how signals from the body itself that can elicit subjective emotions, could affect the illusion. Such signals have received a lot of attention in other domains of cognitive neuroscience. In fact, the processing of ‘interoceptive’ signals such as heartbeats, temperature, pain, and pleasant touch, has recently been put forward as a key ingredient to our awareness of the body from within (Craig, 2009; Critchley et al., 2004; Damasio, 2010). Remarkably, the potential role of interoceptive signals in the rubber-hand illusion has remained largely unexplored – until now.

In a study supported by the European Research Council and the Neuropsychoanalysis Association and conducted by Laura Crucianelli in our lab, we investigated, for the first time, whether applying slow velocity (3cm/s), light stroking would influence the illusion more than faster (18cm/s), emotionally-neutral stroking. Why manipulate velocity? Because the velocity of stroking on hairy skin has been linked with interoceptive feelings of pleasantness (Valbo et al., 1999; Olausson et al., 2002). We also examined whether seeing another person’s hand versus a rubber hand would reduce the illusion in slow versus fast stroking conditions. Why? Because interoceptive signals are used to represent one’s own body from within, and it is unclear how they would be integrated with visual signals from another person’s hand.

We tested 52, healthy adults and found that slow-velocity touch was perceived as more pleasant, and produced higher levels of subjective embodiment during the RHI, compared with fast touch. Moreover, this effect applied irrespective of whether the seen hand was a rubber or real hand. These findings suggest that slow-velocity, affective touch can have a fundamental role in our sense of body ownership, and highlight the central role of emotional-related, interoceptive signals in self-consciousness. However, the effect of slow stroking did not influence the perceived location of the participants’ own hand during the illusion (another typical measure of the illusory effect), suggesting that pleasant touch had a greater effect on introspective (compared to behavioural) measures of body ownership. We speculate that this finding may relate to the more general observation that interoceptive pathways mainly convey homeostatic information, that are relatively poor in spatial and discriminatory properties in relation to exteroceptive signals (Craig, 2009).

Our findings call for future studies that can investigate the potential role of social, affective signals on the sense of body ownership and more generally, the malleability of the bodily self. As affective touch is typically received from a loved one, these findings further highlight how close relationships involve behaviours that may play a crucial role in the construction of a sense of self. The next step is to examine whether being deprived of social signals, such as affective touch from a parent during early development, may also lead to abnormalities in the formation of a healthy body image and a healthy sense of self, for example in patients with eating disorders such as anorexia nervosa. Boosting interoceptive awareness and an individual’s sense of body ownership could be key to developing future treatments for some of these conditions, and the sensation of ‘affective touch’ could play an important role. 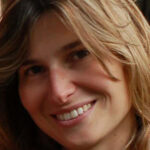 Katerina runs KatLab, a group of researchers and students that conduct studies on topics and disorders that lie at the borders between neurology and psychology. The group is particularly interested in understanding how our embodiment, including the rooting of the mind in our embodied interactions with other people, influence the function of our brain and ultimately shape how we understand ourselves and our new experiences. KatLab is funded by the Volkswagen Foundation (Germany), the Neuropsychoanalysis Foundation (US), HDRF(US), ISAN (Israel) and more recently a Starting Investigator Grant from the European Research Council. 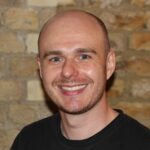 Dr Paul Jenkinson, PhD, is a senior lecturer in the Department of Psychology at the University of Hertfordshire, UK. His work focuses on the neural and psychological mechanisms underlying body awareness, ownership, and interoceptive signals in neurological patients and healthy people. He has written several articles on the subject of bodily self-consciousness, more details of which can be found here. Paul gained a BSc in psychology and neuroscience, and then a PhD in cognitive neuropsychology at Keele University, UK. He is the recipient of a Neuropsychoanalysis Foundation fellowship grant. More details of his work with KatLab can be found here.

Damasio A. Self Comes to Mind: Constructing the Conscious Brain. Pantheon (2010).