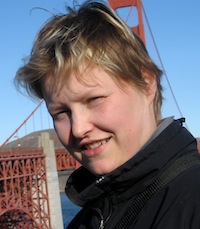 My Ph.D. research investigated the effect of cupping therapy in the treatment of chronic non-specific neck pain [1-3]. Besides pain and well-being we followed the approach by Moseley, 2008 [4] who found that patients with chronic low back pain showed body image distortions. His patients were unable to designate their whole bodily contours and there was a tendency for displacement of the spine towards painful area.

The drawings themselves indicated that body image was disturbed in neck pain patients too. Parts of the contours were missing, others were very prominent and in most drawings we found a discrepancy between the bodies drawn and normal body physique, for examples shoulders were elevated and at the same height as the ears. We tried to identify these patterns within the drawing but we failed with that. We realized that patients with similar complaints had drawn their neck completely different.

So we tried a new approach, we used qualitative interviews and the study patients themselves interpreted their own drawings. We further asked them about their body image, their coping and daily life and their experiences with cupping therapy. [5]

As a result patients reported that pain was the predominant sensation, it hindered them from sensing the non-painful parts of the neck area. The neck area also felt altered, e.g. swollen or magnified, one also described “having shoulders like an anvil”. Patients’ coping strategies were mostly passive, they tried to endure or distract from the pain. If that did not work they would try to get fixed by their physician instead.

Interestingly cupping therapy did have an effect on body perception; patients reported not only less pain, but also a more differentiated pain and body perception and a feeling of less weight and tension which also expressed in the drawings with a smaller neck and shoulders with rounder edges. What surprised us even more was that the drawings itself and the interview had some impact on body perception when patients drew their attention to the “blind spots”. Coping strategies on the other hand did not change, which is probably the most common finding with passive therapies.

Altogether this study [5] showed that pain and body image distortions are also present in patients with chronic neck pain and that cupping might actually reduce pain and influence the body image. In order to change coping strategies more active treatments are needed. 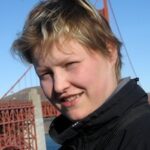 Romy has studied psychology with a focus on neurophysiology and research methods at the University of Jena, Germany. She has recently finished her Ph.D. thesis about the influence of cupping therapy on chronic neck pain. Romy is now working as a researcher at the Department for Complementary and Integrative Medicine in Essen, Germany. Her main interests are complementary and integrative medicine in general (traditional medicine, manipulative therapies) and Mind/Body techniques in particular (mindfulness, meditation, qigong, yoga) in the treatment of chronic conditions. During her Ph.D. study Romy has also become certified mindfulness instructor and acquired knowledge in fMRI research.