The fascia and back pain – What does a chemical stimulation tell us about it?

Home / The fascia and back pain – What does a chemical stimulation tell us about it? 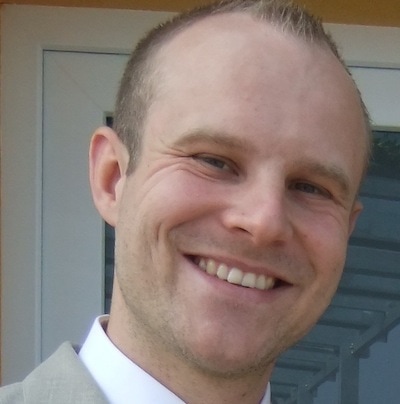 Back pain is a worldwide problem causing time lost from work, disability and economic cost. Over 75% of humans suffer from back pain at least once in their lifetime and the yearly prevalence of the working population is 8%, where the lower back represents the most mentioned region. Disorders of osseous structures, disc herniations or nerve root compressions that can be seen on imaging are traditionally assumed to be the only causes of low back pain (LBP). But recently, other sources of LBP, like muscles and fascia, are being more and more appreciated in basic as well as in clinical science. Moreover, immunohistochemical studies showed that the thoracolumbar fascia is innervated by nociceptive free nerve endings [1,4] and that the dorsal horn neurons receive input from the lumbar fascia [2]. From a clinical point of view, we asked the question: Is it possible to distinguish disorders of the fascia with pain of muscular origin by measuring different parameters, such as pain intensity, pain distribution, pressure pain threshold or pain quality?

We performed ultrasound-guided bolus injections of hypertonic saline into the posterior layer of the thoracolumbar fascia, the erector spinae muscle and the overlying subcutaneous tissue at lumbar level of twelve healthy volunteers [3].

We observed that the human thoracolumbar fascia was more sensitive to chemical stimulations by hypertonic saline than the underlying muscle and overlying subcutis, according to pain intensity. Control injections of identical volumes of isotonic saline induced only weak and short-lived pain sensation, indicating that distention induced by the bolus injections played a negligible role in pain induction in deep tissues.

Regarding pain distribution, pain was confined to the ipsilateral side regardless of tissue type. These distribution patterns were measured by marking the painful areas on a scheme showing the back, the abdominal, and leg region, of a drawn standardized body. The painful area after fascia injection exceeded those after intramuscular or subcutaneous injection by far and was in the typical locations of “lumbago”. It was also similar to that seen in pseudoradicular LBP patients, and even consistent with pain distribution patterns given by patients with lumbar facet joint syndrome.

Given that affective pain qualities are the ones most commonly mentioned by LBP patients, it was remarkable that only the hypertonic saline injections into the fascia, but not those into muscles or subcutis, yielded substantial affective pain ratings, like “agonizing”, “cruel”, “exhausting”, “heavy”, “severe” and “torturing”.

However, hyperalgesia to blunt pressure, a frequent sensory sign in both localized acute and widespread chronic LBP, was only induced by injections into the muscle, not fascia or subcutis.

A potential dysfunction of the thoracolumbar fascia thus might lead to a high pain intensity, large pain distribution patterns and substantially high affective pain qualities. Being theoretical, low back pain patients, suffering from spreading strong pain with high affective qualities might exhibit a structural change within the fascial tissue, while the muscle could be of minor interest. This could have positive impact on clinical characterization of patients and their treatment. 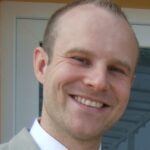 Andreas Schilder is a doctoral student in the department of neurophysiology at the Medical Faculty Mannheim of the Heidelberg University (Germany). He obtained his Master degree in “animal physiology” in 2011 and studied “Bioscience” abroad at the Southern Illinois University Carbondale back in 2008. The current interest of Andreas is the contribution of deep soft tissues to back pain and its general characteristics.