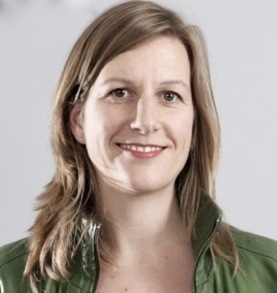 Last year I told you about a trial where we compared the brain’s activity during pain processing in the fMRI scanner before or after the application of an electrical brain stimulation technique (transcranial direct current stimulation (tDCS)). The result was that there wasn’t much change after tDCS, hence we raised doubts that tDCS had an effect on pain processing activities in the brain at all.

If you are interested in the tDCS topic you will also have read Neil O’Connell’s contribution. He explained how the methodological quality and the small sample sizes in published tDCS trials were a matter of concern and that the overall combined effect in his meta-analysis was not significantly different between real tDCS and sham tDCS, hence that there was no reason to get too excited about this new therapy for pain.

Things have moved on from there and luckily we now have a randomised controlled trial with a sufficient sample size (n=135) of patients suffering from chronic low back pain and shown that tDCS – at least in this population and using a paradigm of 2mA for 20 mins on 5 consecutive days over the motor cortex – does nothing to reduce the perceived intensity of back pain or the disability associated with chronic low back pain (Luedtke et al., 2015). The results were not only not statistically significant, there wasn’t even a trend into the right direction (1mm difference on a 0-100mm visual analogue scale for pain; 1 point difference on the 0-50 Oswestry disability index), which might have been an indicator that we didn’t use a high enough intensity or should have tried a longer duration of stimulation.

We were further interested whether tDCS applied immediately prior to the start of a 4-week cognitive-behavioural group programme (CBT) would improve the effectiveness of the programme. This idea was based on earlier studies that tDCS might influence learning and because there is a lot of learning associated with CBT, it seemed to make sense at the time “to prepare the brain” for that. But again there was no difference between the group that received real tDCS and the group that received sham tDCS. What we didn’t try was to apply tDCS during the CBT. Another group of researchers tried to couple tDCS with a CBT-type intervention in patients with multiple sclerosis and found an improvement in the pain domain of the SF-36 and some non-significant disease specific improvements. However, there were only 23 participants in the trial, that were randomised into 2 groups and all other outcome measures did not support this improvement (Riberto et al., 2011).

Interestingly, only a few days ago, an international survey was published expressing the views of 265 researchers using tDCS on its effectiveness, ethical and availability issues (Riggall et al., 2015). The survey was conducted prior to the publication of our RCT, hence it was not surprising that the majority of participants expressed a need for more research on the effectiveness of tDCS. However, Neil’s Cochrane review (O’Connell et al., 2014) was already published and there is a second Cochrane review on the effectiveness of tDCS to improve function and daily life activities after stroke (Elsner et al., 2013) which also showed very little effect of tDCS compared to sham stimulation. It is therefore difficult to explain why the majority of participants considered tDCS “mostly or partly effective”. Only a small minority of participants had their main interest in pain, but considering the results of the Elsner et al. systematic review there is no reason why researchers in the field of motor function should be more optimistic about tDCS as a treatment option. The evidence for the effectiveness of tDCS in the other fields (cognition and affect) has not been reviewed to the same level of methodological quality. Authors of the survey concluded that “the media reputation as a miracle device was not reflected in the expert opinions”. Is this the end of the “hype”? 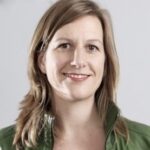 Kerstin Luedtke completed her training as a physiotherapist in 1993 and is currently a postdoctoral researcher at the Institute of Systems Neurosciences, University Hospital Hamburg-Eppendorf, Germany. She completed her PhD at the University of Birmingham, UK investigating transcranial direct current stimulation over the motor cortex for the reduction of chronic low back pain.