tDCS for clinical use. Let’s not throw the baby out with the bath water

Home / tDCS for clinical use. Let’s not throw the baby out with the bath water 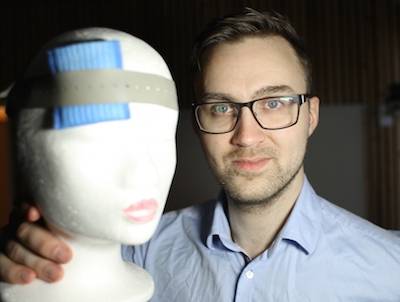 In my academically formative years, a psychology text book defined psychology as a scientific discipline that aims to describe, predict and change behavior. This definition stuck. Shortly afterwards, during my training as a clinical psychologist, I was introduced to tDCS by Dr. Per Aslaksen at the University of Tromsø. The method was appealing: a small machine, possibly capable of inducing lasting behavior change with apparently no serious adverse effects. With the physiological effects verified in Göttingen by Michael Nitsche and Walter Paulus [1-4], and frequent reports of promising clinical results, for instance from the group of Felipe Fregni’s results in pain conditions [5, 6], I was never in doubt when presented the opportunity to do my PhD on tDCS in 2011, despite maintaining a healthy skepticism about its effectiveness. Can a simple direct current really alter symptoms in a range of clinical conditions? At that juncture, larger and methodologically improved clinical studies on the effect of tDCS on chronic pain were in demand, and we set out to design a rigorous study, one that had the lowest possible likelihood of falsely rejecting the null-hypothesis.

We conducted a study [7], that replicated the stimulation protocol of Fregni and colleagues [6], and included robust and reliable outcome variables such as SMS pain reports. Each participant delivered a total of 195 pain reports before, during, and after the treatment. By merging the 90 pain reports obtained before, and the 90 pain reports obtained after the treatment, we achieved a level of pre-test and post-test data that was likely to be reliable. Additionally, we used a system for double blinding based on individual treatment codes, which was relatively new back then.

Whether 2mA tDCS can be delivered in a blinded fashion remains a contentious issue [8], however, our data on adverse effects suggests that there was no systematic bias in the way that the patients in the two groups perceived the treatment. Furthermore, by moving the pain assessments from the clinic to the comfort of the patients’ homes, the influence of the experimenters on the pain reports might have reduced, regardless of the efficacy of the assessor blinding.

The results showed that the group that received active tDCS did indeed have a larger pain reduction than the group that received sham tDCS. While the mean difference in pain reduction from pretest to posttest between the sham and active tDCS groups was only 0.57 points on a 0-10 scale, is was a statistically significant result, and thus contradictory to those given by Luedtke and May in this blog last November. If I were to answer the question “can pain perception and pain processing be altered by applying electricity to the outside of the skull?”, my answer would be yes, but not in a reliable, clinically meaningful way, yet. If statistically significant pain reduction can be achieved with “one size fits all” tDCS delivery as indicated by our study, maybe clinically significant pain reduction can be achieved with more individually tailored stimulation protocols, for example by basing electrode placement and stimulation dose on anatomically accurate MRI-based head models [9].

Compared to the optimistic mid and late 2000’s, the state of tDCS research now appears to be entering something that resembles an anti-thesis. The updated Cochrane review by Neil O’Connell and colleagues [10] from last year highlights that on the basis of low-quality evidence, tDCS is not an effective treatment for chronic pain. That the evidence for pain reducing effects comes from a mosaic collection of early phase studies hinders interpretation, but overall, there is insufficient evidence to suggest that tDCS is ready for clinical use. The results are too inconsistent, the application of tDCS too varied, and the experimental methodology insufficient to rule out confounding variables. However, as recently pointed out by leading researchers [11], the parameters influencing the effect of tDCS on a given outcome are too numerous to provide a binary conclusion on whether tDCS works or not.

Regarding the potential of tDCS to treat clinical conditions in the future, there are no answers presently. Skepticism is an integral part of scientific thinking, and is easily triggered by questions like we started with: “can a small and simple apparatus do all this?” However, as tDCS evolves from low-tech to high-tech with regards to stimulation protocols and individual tailoring, any attempt to give the definite conclusion now, would almost certainly be premature. If we were to disregard tDCS on the basis of current evidence, we have the potential to miss the value of a method to treat symptoms in conditions that are highly prevalent and typically treatment resistant such as chronic pain, depression and Alzheimer. 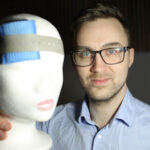 Asbjørn Fagerlund graduated as a psychologist in 2011 and will shortly complete his PhD at the Institute for Psychology at the University of Tromsø. His research interests are clinical applications of non-invasive brain stimulation. Born, bred and currently residing in arctic Norway, Asbjørn is looking to travel abroad as a visiting researcher for 3-6 months during his upcoming period as postdoctoral fellow. Any invitations, preferably from locations that research brain stimulation in a non-polar climate, would be very welcome. He will cover all expenses himself.

[11]Nitsche, M.A., M. Bikson, and S. Bestmann, On the use of meta-analysis in neuromodulatory non-invasive brain stimulation. Brain Stimulation: Basic, Translational, and Clinical Research in Neuromodulation, 2015.