A break from pain! How do task interruptions by pain affect performance?

Home / A break from pain! How do task interruptions by pain affect performance? 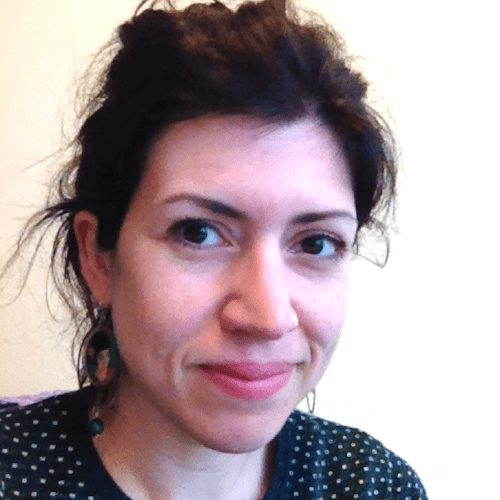 Pain is unpleasant but important for our survival: it is almost as if it is “designed” to tell us that we are in danger. Since people are often busy with something when pain occurs, the usual reaction to pain is to interrupt whatever one is doing at that moment in order to act – be that to run away from whatever causes the pain, or to simply take some time to rest (1). This reaction – interrupting, or taking a break from, an ongoing activity due to the pain – can help to manage the pain. But what are the effects of such interruptions for the activity itself? This question is especially relevant for people who often experience interruptions in response to pain, for example, people with persistent pain conditions.

Some experiments we had done in the past showed that interrupting a task in response to pain has a negative effect on task performance (2). Specifically, healthy participants made more mistakes and were slower upon picking up a task that they had been forced to interrupt due to pain, compared to when they were “in the flow”. This negative effect, however, was similar when the task had been interrupted due to non-painful stimuli. We considered that this might have been the case because the tasks that we used in these experiments were actually quite simple (2), and we wondered whether pain would be a worse interrupter than non-pain if the task was sufficiently difficult.

To investigate this question, we adapted an established experimental procedure from the research field of computer-human interaction (3) and did the following experiment. We invited 72 healthy adults to our lab, showed them a series of letter-digit combinations on the computer screen (e.g., X 9), and asked then to answer a simple question about each combination (e.g., whether the digit was odd or even). So far so good. The difficulty of the task lies in that we did not actually ask the question each time; rather, we gave participants a paper with seven questions and asked them to answer one question at a time, in the order that they were listed, over and over again until the end of the experiment. Practically, this meant that participants had to constantly keep track of their “place” on the list, in order to do well in the task. And here comes the interruption: occasionally, half of our participants would feel a painful electrical stimulus followed by a short break, during which they had to do something different (type some codes). The other half of our participants were also interrupted by the code-typing task, but instead of the pain, they received vibrotactile stimuli that were not at all painful. After the break came the crucial moment: a new letter-digit combination appeared and we measured whether participants remembered which question they were supposed to answer. We were especially interested in whether remembering would be worse for the participants who were interrupted by pain.

Our results were remarkably similar to those of our previous experiments (2). After an interruption, participants seemed to forget their place on the list. They tended to resume the list of questions at the wrong step, but they had no trouble performing the content of the step that they thought they were required to perform. Again, this effect was similar in the two conditions, suggesting that interruptions by pain were not more impairing than interruptions by non-pain.

So, taken together, three of our studies showed that interruptions by pain have a negative effect on task resumption, but not more so than interruptions by non-painful stimuli. This might be, for example, because pain has immediate, but not necessarily long-lived, negative effects. Although our finding is not what we expected, it generally sounds pretty positive, because it suggests that people who take breaks in response to pain (e.g., chronic pain patients) are not necessarily worse off than people taking breaks in response to non-painful stimuli – at least with respect to resumption of the interrupted task. However, more research is needed to help us get a better understanding of the effects of task interruptions by pain on the task itself. In our studies, interruptions (that is, the breaks participants took) had very specific characteristics: for example, they were mandatory and they provided a similar opportunity to encode information about the task in the two conditions. Research from outside the field of pain shows that interruption characteristics (e.g., their timing, complexity, or frequency) have a big impact on their effects (4). Future pain research may take that into account and investigate different types of interruptions by pain in order to shed light on interruption management in the context of pain. In addition, our research involved healthy participants and experimental pain. In people with persistent pain problems, pain has different qualities – not only as regards its physical characteristics, but also its meaning. A combination of laboratory research on task interruptions by pain, such as the one described here, with research conducted with people with persistent pain problems (e.g., (5)), will advance our understanding of task interruptions in the context of pain. Such research may be relevant for activity pacing, a chronic pain management technique that revolves around taking breaks from activity – though the exact type of breaks that are optimal for performance is not yet clear (6). Many questions about the optimal break-taking behaviour that remain unanswered may be approached with experimental research on task interruptions by pain.

For the full story, please read our article (7). 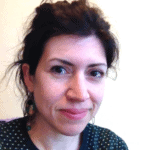 Rena is an experimental psychologist, and is about to defend her doctoral thesis on the consequences of activity interruptions by pain and the effects of pain on memory for future intentions. Rena conducted her doctoral research at the University of Leuven (Belgium), under the supervision of Prof. Johan Vlaeyen, Prof. Geert Crombez, and Dr. Martien Schrooten. She is now working with Dr. Ann Meulders at Maastricht University (The Netherlands), on a project investigating the return of pain-related avoidance behaviour. In her free time, Rena likes to knit and to throw tea parties for the stuffed animals of her daughter, Danae.