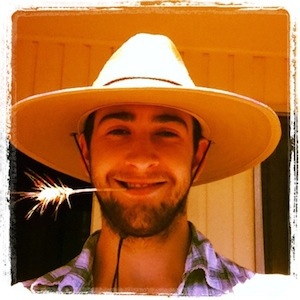 While reading Oliver Sacks’ new book ‘Hallucinations’ one would expect to encounter stories of visual, auditory, and perhaps olfactory misperceptions.  What caught my attention however, were the stories of tactile hallucinations.  One can perhaps feel reasonably safe when hallucinations are just images dancing in your field of vision, but having them interact with you through touch seems far more threatening.  Some of the more interesting cases mentioned included; feeling touches when watching others being touched, bed sheets turning into sharp rough surfaces, insects crawling underneath the skin and feeling touch on limbs long since amputated.  So how do these strange happenings occur?

A brief review of the tactile pathways is good place to start this pondering.  Gallace and Spence (2010) offer a good literature review of our current understanding of the somatosensory cortex in relation to awareness. This post will just offer a brief look at the mechanisms behind tactile hallucinations.

Tactile sensory information is generated and sent north via the spinal cord and thalamus ending in the primary somatosensory cortex (SI).  From here the information is thrown over the body map in SI like a duvet on a bed.  At this point, the tactile sensations do not register consciously, that is the brain does not deem them important without a context.  It is only when SI, through multiple feedback loops, converses with higher cortical areas such as the secondary somatosensory area (SII), parietal, insula and premotor areas that the tactile sensation becomes conscious or not (Gallace & Spence 2010).  The intensity of the tactile stimulus is said to be proportional to how much SI lights up.  But this alone does not create awareness.

The primary somatosensory area, SII, is said to be important for sensory integration due to its connections with the parietal cortex, insula and premotor cortex.  Gallace and Spence (2010) mention that the posterior insula is involved in storing tactile information and supporting the body schema neural networks associated with the body, which may be useful when talking about hallucinations.  These areas have been suggested to hold mental body representations and unlike SI, are likely to have more multimodal inputs (Serino & Haggard 2009). Perhaps this is why hallucinations can involve multiple senses.

The awareness of touch (a result of feedback between different cortical areas) is accompanied by SI activation, which may be triggered independent of peripheral input.  This is how it is thought that hallucinations occur.  Whether the cause be sensory deprivation, vivid tactile memories, visual triggers resulting in tactile sensations or a combination of these it is generally agreed upon that spontaneous firing through impaired activations are heavily involved (Grimby 1993; Skott 1978; Gallace & Spence 2010).  Hence people experiencing conditions like Parkinson’s, brain injury, tumours and dementia are far more likely to experience these happenings than the general population (Skott 1978).

Of further interest is the research of Grimby (1993) who upon investigating hallucinations in bereaved elderly patients found that 6% of those recently widowed people experience sensations of someone is moving or lying in their bed with them.  This would obviously lean more towards the tactile memory system replaying the perception of what the patient must have felt thousands of times before.  One could suggest that perhaps only a minor tactile stimulus of a sheet moving could elicit a full tactile memory of being next to someone.

Visuo-tactile synaesthesia, when two senses are strangely intertwined, is also possible.  Common examples include seeing letters or numbers as a specific colours or smells.  However, Blackmore et al. (2005) describe a woman who upon seeing touch happen to another person feels it herself physically.  For example, she would see someone touched on their arm and would have the tactile sensation of being touched on her arm.  Upon investigation it was found that she had higher levels of activation in both SI and the anterior insula (Blackmore et al. 2005).

Perhaps one of the more sinister of the tactile hallucinations would be delusional parasitosis.  This condition involves the patient feeling insects crawling under their skin and is awfully traumatic.  It is specifically linked to cocaine addiction but has been known to appear in other conditions. (Berrios 1982).

To conclude, tactile hallucinations involve complex interplay between a number of structures within the brain.  With further scientific advances we will discover more about our brains and our understanding of the wonderfully peculiar mechanisms of how we interact with our environment and how it is perceived to interact with us. 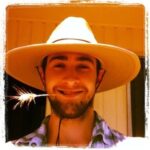