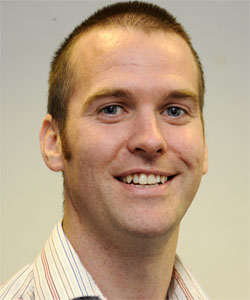 One of the most exciting areas of pain science at the moment is brain training. To me this is the idea that the patient’s brain image of the painful area does not match the physical body itself and this mismatch, for some reason, maintains the pain. Brain training interventions attempt to correct this mismatch by reshaping the brain image to resemble the body more closely.

This mismatch can be targeted using sensory discrimination training, in which the body area receives a stimulus and the patient must identify key aspects of the stimulus. This approach appears to reduce pain in conditions such as phantom limb pain (Flor et al. 2001) and complex regional pain syndrome [CRPS] (Moseley 2008). People with chronic low back pain (CLBP) may have this same mismatch (Flor et al. 1997). Thus, it is not unreasonable to think that brain training might help these patients, too. Wand et al. (2011) presented a neat case series of three patients with CLBP who received an all singing, all dancing sensorimotor intervention with excellent results – providing preliminary proof of concept.

In previous studies (Flor et al. 2001; Moseley 2008; Wand et al. 2011), the intervention was provided daily requiring a very high level of patient-therapist contact. We wanted to see if a slightly watered-down version of sensory discrimination training, i.e. with less patient-therapist time, which was clinically practical within the constraints of the National Health Service (NHS) in the UK, could be implemented. We wanted to test its effectiveness against placebo and we wanted to get patient feedback.

So what did we do?

We carried out a small, pilot RCT (n=15 CLBP patients) comparing training of tactile acuity and graphaesthesia (you write a letter on the painful body area and the patient has to guess the letter) to placebo training for improving pain and function (Ryan et al 2014). The intervention and placebo were modelled on the work of Moseley et al. (2008). The intervention group’s task was to identify the stimulus provided and a tester provided feedback. The placebo group received the stimulus but made no attempt to interpret the stimulus and received no feedback. We measured pain and function before and after, and we also held focus groups with participants.

How was the intervention watered down?

Patients received 3 tactile acuity training (I can’t bring myself to abbreviate this to TAT) sessions from a physiotherapist and the rest were to be provided at home by an informal carer (friend/relative). The informal carer was invited to observe the physiotherapist delivering the intervention. They also received a manual and a DVD of yours truly delivering the training.

What were the results?

What did patients say?

Why might the placebo group have improved the most?

Frustratingly, we did not carry out post-intervention 2-point discrimination testing on all patients, so we don’t know if we actually altered tactile acuity (a proxy measure of brain image). However, from the limited data we have, it would appear that we did not. So perhaps our watered-down, but clinically-practical acuity training may not have achieved brain training, and better delivery methods are needed which are both practical and effective! Testing such a delivery method for clinical benefit would be very worthwhile.

But why might our placebo group have improved the most? Interestingly, from the focus groups it seems that participants found the placebo relaxing – they were just lying there – while the intervention may have been draining because it required concentration. So, in this case, perhaps Frankie was correct when he suggested we “relax don’t do it”. 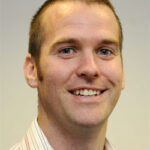 Cormac is a senior lecturer in Physiotherapy at Teesside University. He graduated from the University of Limerick in 2002 with a BSc in Sports and Exercise Science, and completed an MSc in Physiotherapy (pre-registration) at Queen Margaret University College, Edinburgh. He was awarded his PhD from Glasgow Caledonian University, in 2008, for investigating the relationship between physical activity and chronic low back pain. Cormac’s research interests are primarily in the area of chronic pain, its impact on patients, and interventions to manage the condition. He also has two kids under the age of four and, as a result, is not getting much sleep, so please excuse any errors/typos!