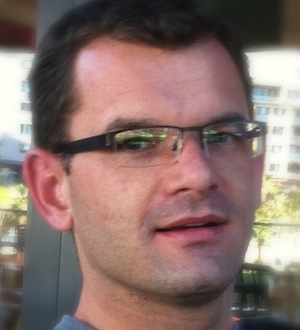 There is an old and well known adage that stress causes negative health outcomes including the formation of gastric ulcers, heart disease, and cancer. How this takes place in any specific individual is horribly difficult to sort out due to the multiple systems and factors that are involved (we could be lost in a sea of confounders). However, sometimes when complex things are too complex it’s nice to look for some of the possible mechanisms.

Stress, and specifically activation of the sympathetic nervous system, have previously been implicated in the regulation of metastatic processes. For instance, a chronically activated sympathetic nervous system has been found capable of promoting metastasis via macrophage activity. For a nice review see the upcoming Metastatic Cancer: Integrated Organ System and Biological Approach, edited by Rahul Jandial and Kent Hunter.

In this new study by Feng, Z et al.[1] the simple question was whether chronic restraint stress (tying up mice until they file for stress leave with the HR department) promotes the development of tumours in mice. Their specific focus was on the p53 protein.

The p53 protein is not newly discovered! This tumour suppressing protein has been hot in cancer research for a very long time; I can recall reading about it in my undergraduate days. Basically p53 is a good guy in that it prevents tumour formation.  For instance, if you have Li-Fraumeni syndrome it is almost certain that your p53 gene is mutated and this makes you highly susceptible to cancer.

Feng, Z and colleagues found that, in mice, chronic stress is associated with decreased p53 function and furthermore that glucocorticoids are probably the ones doing the job of suppressing p53. Glucocorticoids are, after all, normally released during times of stress. With chronic stress the levels of glucocorticoids can increase due to the development of glucocorticoid resistance[2,3]. These mechanisms have even been implicated in the pathophysiology of depression.[4]  Now it seems that higher glucocorticoid levels might not just be associated with altered mood but also with the formation of tumours. I would add, however, that this study does not show that stress causes cancer, but that it suggests a biologically plausible link between the two.

I was recently contacted by the very nice Erica Sloan who is based in the Victorian college of pharmacy just across the road from my old alma mater. Erica’s research is in the area of cancer and psychoneuroimmunology (basically it seems that one day she sat down and thought hmmm what are two of the most challenging areas to study and I’ll put them together – ok so I am a little biased since I find this research fascinating). Anyway, Erica sent a shout out because I included a link to her book in the post. She also said that a free chapter (actually the most interesting one in the book, although I may be biased after meeting the author) is available on the web: Sympathetic Nervous System Regulation of Metastasis. Thanks Erica.] 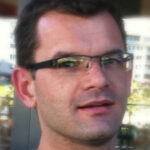 Luke Parkitny is a PhD student at Neuroscience Research Australia. He is researching some of the factors that play a role in the development of complex regional pain syndrome (CRPS). Luke joins the Body in Mind team with a background of clinical practice and research in Western Australia. He has rapidly cultivated an interest in all things pain and has very successfully exploited every opportunity to share this knowledge with other health professionals and lay-persons. Link to Luke’s published research and here he is in person talking about what he does.