A stress model of chronic pain 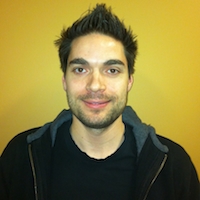 The common elements making an event stressful to anybody are novelty, unpredictability, threat to the ego, and loss of sense of control. People suffering from chronic pain know how stressful spontaneous pain can be. The reciprocal influence of stress over the neural activity contributing to chronic pain has recently received growing interest from the pain community.  It has recently been suggested that repeated pain episodes induce a sustained stress response that contributes to the pain experienced by the patient, which further maintains the maladaptive stress response.[1] Little empirical evidence, however, has demonstrated how the endocrine response and brain structures and functions interact with chronic pain.

In our study, we tested the hypothesized maladaptive stress response and its impact on the hippocampal formation of patients suffering from idiopathic chronic low back pain.[2] We showed that basal levels of cortisol (i.e. stress hormone in humans) were higher in chronic back pain patients than in healthy individuals. In chronic pain patients, higher levels of cortisol were associated with smaller hippocampal volumes and stronger pain-related brain activity in the hippocampal system. Importantly, these anatomical and functional changes in the hippocampal formation mediated the relation between stress and clinical pain intensity reported by the patient immediately prior to entering the MRI. This is interesting because the hippocampal formation controls the hypothalamic pituitary adrenal response, sensitive to the deleterious effect of stress hormones, and part of a brain system that may be contributing to chronic pain. Further statistical modeling suggests that individuals with smaller hippocampii may be more vulnerable to develop a maladaptive stress response when trying to cope with chronic pain.

Together, these findings are in accordance with the emerging perspective that the limbic system involved in fear, learning, and motivation would be the neural networks mainly impacted by recurring pain.[3] It is further in accordance with the emerging concept that individuals could be more vulnerable, or resilient, in their ability to adjust to the physical instability[4] and to the evolution of the clinical pain[5]. Finally, although this study was conducted on a small sample of participants, it suggests that stress management could be a non-pharmacological interesting avenue for patients to better cope with their chronic pain. 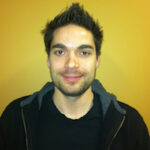 My name is Etienne Vachon-Presseau and I am completing my PhD in psychology at l’université de Montréal under the supervision of Pierre Rainville. I am interested in using neuroimaging to better understand how chronic pain impacts brain networks contributing to the clinical profile of the patients.