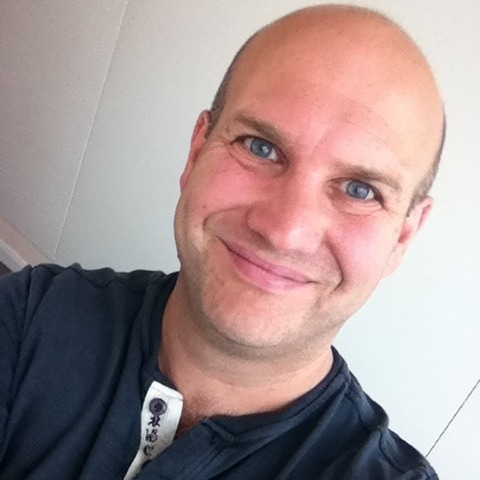 I am a recovering manual therapist. In my physio career I have moved from freshly qualified apprentice, eager to learn the secrets of what was sold as a powerful tool, particularly for spinal pain, via what might be classed as a skilled practitioner, certainly in terms of courses attended and assessment hoops jumped through, to someone who now would rarely, if ever use it, and if he did would feel somewhat sheepish about it.  That has been based partly on a slow realisation that it did not, anecdotally, reliably achieve its goals, that the theoretical foundation on which the various manual therapy approaches were devised seem to possess little or shaky validity, and partly as emergent evidence from trials and systematic reviews has been less than compelling.

One of the problems of evidence based practice is that in areas where nothing works as well as we would hope, where nothing seems clearly superior and where outcomes are very prone to non-specific effects so that everything seems to help a bit, (and back pain is the exemplar here), it is hard to genuinely inform clinical decision making. Ambiguity and statistically positive but small or unreliable effects are seen by the faithful as hopeful glimmers and by the sceptics as damning.

A new synthesis of the trial evidence for spinal manual therapies (SMT), by Professor J Michael Menke has just been published in Spine. Prof Menke uses the technique of comparative effectiveness meta-analysis (CEM) to ask deeper questions of the data. Unlike standard meta-analysis, where direct comparisons are pooled in trials that compared similar conditions to similar controls, in CEM data from individual treatment arms are extracted from original trials and pooled together and compared with data from other types of intervention or control. So I could take data from all the spinal manual therapy arms, all of the exercise therapy arms or all of the usual care arms and make comparisons based on these, even if those comparisons were not made in the individual trials. It affords the analysis greater power and gives the researcher the ability to make more novel comparisons.  He also uses nested model comparisons which estimate the individual contributions of various factors to clinical outcomes in treatment arms. The analyses include some 265 study arms with over 8000 short term observations and over 11,000 observations in the longer term, a sample size large enough to detect the smallest of effects.

The findings are striking. In acute low back pain only 3% of the variance seen in clinical outcome could be ascribed to treatment. That’s 3%. In chronic low back pain this figure was 32%.  No specific provider group (physio, chiro, osteo, bonesetter) demonstrated superior effects to the others.  A common criticism is that trials often reduce clinician freedom to choose and direct a holistic treatment approach and this is why effect sizes are small or null. But an analysis of arms of “whole systems” chiropractic interventions that afforded the clinician greater judgement and control to deliver multimodal targeted care found them to be no better than arms of plain old manual therapy. Non-specific factors ruled the day and a comparison of observed effectiveness compared with that which would be expected by chance alone suggests equivalence across the board. Notably, compared to sham SMT, unsupervised self-care and waiting list controls did poorly for both acute and chronic pain. Doing something seems better than doing nothing. It is worth remembering that the spectre of “resentful demoralisation” hangs over no treatment and usual care comparisons in trials and can exaggerate those differences.

In a remarkably strident discussion Prof Menke concludes that more research is clearly NOT needed.  Now you don’t hear that every day in therapy research. “That which is already known about SMT for back pain is quantifiably all that is worth knowing” is his message.  Over decades of MT research, effect sizes are stable and not compelling and further research is unlikely to change this conclusion. He further argues that “the difference between sham arms and the usual care effect size is the difference between attention and neglect”, As a result he recommends cautious observation, exercise and “authoritative encouragement”.

There are some grounds for critique here. As a reader I would have appreciated more detail with regards some of the statistical approaches used, exactly how these data were sliced and diced and whether the full analysis plan was established a priori. Data mining can after all be a dangerous game with a risk of manufacturing results, so full reporting is essential. Also the reviews used to source the trials stopped at 2010 and we have more recent Cochrane updates, though the bulk of the available data could be expected to be included. Nonetheless as an example of how everything can appear a little effective, even where there remains a strong chance that treatments have little meaningful impact, this analysis tells a tale.

Perhaps, given the origins of manual therapy, we should not be surprised. The genesis of a manual therapy sect classically starts with an individual making observations that a specific type of poking and prodding seems to work. Observations that themselves are steeped in unreliability. From there a slow-building mass of belief emerges, fed, at least in part, by expectation, confirmation biases, misattributed natural recovery, placebo and the moulding of a structural spinal model to explain the success. This is then enthusiastically disseminated to a clinical community keen for something new, something that “works”. A kind of fallacy-driven snowball effect.  The arguably naïve ideas as to what can be reliably palpated and notions regarding the adaptability of tissues to short lived small forces were all warning signs, as was the rapid roll out of these therapies to everyday practice in advance of robust mechanistic or clinical evidence. Much of the modern reconceptualising of the mechanisms of manual therapy (with a strong emphasis on neurophysiological effects) can appear a little like retrofitting new explanations to defend a trivial, short lived and possibly spurious effect. Taking this path manual therapy risks joining acupuncture in the “unfalsifiable hypothesis” bin. Many will argue that the true benefit of manual therapy for back pain just isn’t reflected in these trials and analyses. If so it seems to be doing a rather good job of hiding. 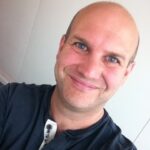