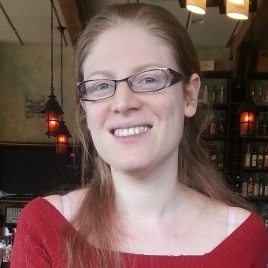 Our nervous system has the capability to reduce pain by activation of specific pathways that exert inhibitory effects on the messages entering the central nervous system during or after threat or damage to the body. This is called endogenous analgesia. Several paradigms can be used to test its capacity and evaluate its efficiency.

One paradigm, termed ‘conditioned pain modulation’ (CPM), assesses spatial filtering of nociceptive information and examines the decrease in pain sensation evoked by one stimulus in parallel to delivering another painful stimulus to a remote body site. Another paradigm, termed ‘offset analgesia’ (OA) assesses temporal filtering of nociceptive information. In this paradigm the intensity of a thermal stimulus is reduced incrementally, while the decrease in reported pain is disproportionately large. Usually, chronic pain patients demonstrate less efficient inhibitory response to CPM and/or OA paradigm.

We asked whether the results of these two pain inhibitory paradigms reflect the same physiological processes, or different ones. In other words, either both engage the same pathways, or each engages distinct and independent ones. To examine this question, we tested CPM and OA paradigms on healthy subjects during an fMRI scan.

We found that although pain reduction was induced by both the CPM and OA paradigms, there was no association between the magnitude of pain reduction during CPM versus OA, suggesting they might engage different inhibitory mechanisms. This line was further supported by the different brain activation patterns that were observed for each response; CPM produced reduced activity in the thalamus, insula, SII and the brainstem while OA produced reduced activity in SI together with increased activity in the anterior insula, dorso-lateral prefrontal cortex, intra-parietal sulcus, and the brainstem. Thus, spatial filtering evoked by CPM appears to be largely spinally mediated and results in widespread reductions in the activity of brain regions involved in nociceptive processing. In contrast, temporal filtering evoked by OA produces activation of numerous brain regions involved in pain modulation. This indicates that endogenous analgesia can be achieved by activation of different inhibitory mechanisms in spinal and/or supra-spinal levels.

These findings of separate inhibitory mechanisms might open a future door to better targeting of treatment approaches, where an impaired mechanism in one modality or the other could help predict which treatment to try first. 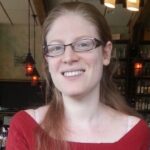 Hadas Nahman-Averbuch is a PhD student in the Clinical Neurophysiology Laboratory under the supervision of Prof. David Yarnitsky at the Technion-Israel Institute of Technology. During her studies she collaborated with Prof. Robert C. Coghill at Wake Forest School of Medicine and the Pain Care Unit at Tel Aviv Sourasky Medical Center (Ichilov).

Hadas’s research interests include pain modulation mechanisms in healthy subjects and pain patients and their relations with psychological factors and autonomic function.