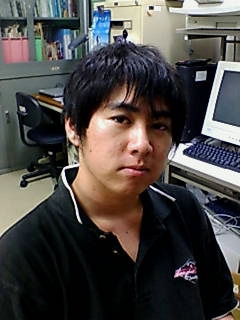 We recognize things by name, so name is very important in order to know the world. Especially, one’s own name determines the existence of oneself by linking him/her to the social world. Thus own name is a special identifier for its owner. Reflecting this, psychologists have found that our own name has a great impact on mental processing. For example, a famous phenomenon, known as the “cocktail party effect”, tells us that we often notice our own name among others’ names without effort. This is partly because our own name automatically attracts our attention.

A previous study suggested a possibility that our own name can be grouped in memory together with a spatially nearby neutral item [1]. Considering that the spatial distances between elements within a single group are judged to be shorter than those between elements each belonging to different groups [2], it was possible that a neutral item is localized with a bias toward our own name. Moreover, previous studies on spatial localization have shown that a spatial landmark object attracts the subjective location of a target [3-4]: But the authors had not examined the impact of own name on spatial memory. Hence, we tested whether own name actually attracted a nearby neutral item.

We conducted a very simple experiment [5]. To 15 observers, we presented an observer’s own family name like 山田 (Yamada) and others’ family name like 田沢 (Tazawa) simultaneously in the both sides of the peripheral visual field on a computer display. Then, a small black circle as the target was presented, and after the target vanished, the observers remembered the target location by manual reproduction of the target location using a computer mouse. Results showd the observers significantly mislocalized the target by 1.61′ on average toward the location of their own name.

Hereafter, this story can be unfolded in various directions. What about given names? What about own faces? What about cross-modal presentation? Namely, does visually presented own name attract location of a sound source? Besides, we tested only spatial memory for a target, but it’s possible that the mislocalization also occur at the perceptual level.

Moreover, interestingly we found that female observers showed stronger mislocalization than male. Is there gender/individual difference in this effect? If so, why? A previous study indicated that our own name captures our attention, depending on how our cognitive system sets [7]. Possibly, females might be more sensitive to own name than male.

There’s no end to this adventure.

Get the article here and here 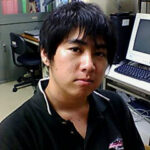 Yuki finished his PhD in 2008 where he carried out research looking at spatial localization. He is now at The Research Institute for Time Studies in Yamaguchi University where he is expanding his research interests to emotion, personality, and consciousness as well as spatial and time perceptions. For more detail, see his website.

Now he is collecting good papers for his Research Topic entitled “Awareness shaping or shaped by prediction and postdiction” in Frontiers in Psychology. If you are interested in this topic, please tell him! The deadline will be extended until 20 Mar. 2013.