It is not your schnoz that matters

Home / It is not your schnoz that matters 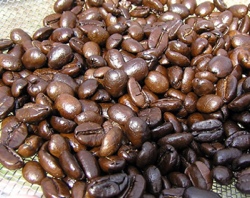 A little while ago we ran an experiment of sorts to test the hypothesis that the length of one’s nose was positively related to the risk of getting a black spot on it while drinking a take-away coffee. That is, the longer your nose, the more likely you are to get a black spot on it when you drink your take away coffee (for those of you who are concerned that coffee might reduce blood flow to the tip of your nose, or that some people are predisposed to bubonic plague related to coffee, never fear, it is all about the method by which the barrista codes your coffee).

Our primary outcome variables (the measures we think will best reflect the hypothesis) were perceived nose length and actual nose protuberance from the face.  Well, we have analysed the results from 152 willing participants (thank you thank you thank you) and can confidently say that we have rejected our hypothesis. It doesn’t seem to be the length of your schnoz that matters – we had 24 people who sometimes noticed a black spot on their nose after drinking a take-away coffee, 12 who rarely noticed it and 116 who have never noticed it.

So, back to the drawing board. Clearly, we must consider neck extension/cup inversion ratio, nose ink-absorbance factor, coffee selection (eg one would expect tall latte’s to be higher risk than short machiato’s), coding system (punching holes in the lid versus painting the lid with bitumen).  Anyway, this has been another piece of highly important real-world research……