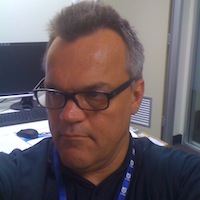 Disturbances in slow-wave sleep are induced by models of bilateral inflammation, neuropathic, and postoperative pain, but not osteoarthritic pain in rats. [1]

Patients presenting with acute or chronic pain commonly report sleep problems, although few studies have attempted to use sleep architecture as a measure associated with the perception of pain. Researchers in this particular study utilised rats to explore changes in the behavioural responses and sleep architecture associated with 4 distinct inputs of noxious stimuli emulating common pathological conditions. The 4 pathological conditions were inflammatory, neuropathic, post-operative, and osteoarthritic, with each condition actuated by having an appropriate noxious stimulus or injury applied to a subset of rats.

The behavioural responses were measured by grip strain levels and the degree of tactile allodynia. Grip strength was ascertained by inverting the secured animal under a wire mesh frame to which it would grab. Researchers would then move the wire frame away from the animal and measure grip strain at the point where the animal released the mesh. Tactile allodynia was measured by applying filaments with different bending forces behind the rear paw for 8 seconds at a pressure of 26g. Positive responses included an abrupt withdrawal of the paw or flinching.

The study employed electroencephalography (EEG) to measure sleep architecture, primarily to determine the impact of the various pathological conditions on Slow Wave Sleep (SWS). SWS is essentially determined by the percentage of Delta band power (0 to 4 Hz) in the brain’s minute electrical output. To aid in the processing of the EEG data, averages of 10 second epochs were employed through Fast Fourier Transforms, which is a mathematical process for transforming a function of time into a function of frequency. This means that the data was converted from a measure of “wavelengths over time” to the “frequencies of particular wavelengths within a defined sample”. The authors of this paper report SWS as a percentage of the Total SWS and in two distinct parts, SWS1 and SWS2. SWS1 (lighter SWS) was defined as 1 to 4 Hz waves with amplitudes that exceeded background EEG activity, but did not exceed 50% of the highest amplitude wave. SWS2 (deeper SWS) was defined as the higher amplitude 1 to 4 Hz waves, with peaks that were 51% to 100% of the highest amplitude wave. The authors offer that SWS1 roughly equates to human stage 3 sleep and SWS2 equates to human stage 4 sleep in the Delta band. It should also be noted that in humans, stage 3 and stage 4 are now combined in a stage called N3 and comprises only 20% of a person’s sleep architecture.

The study found that the percentage of the Total SWS was significantly reduced in the inflammatory condition, neuropathic and the post-operative condition. A significant increase in the percentage of SWS1 was also found in the inflammatory condition. Changes in SWS lasted up to 3 to 14 days, depending on the condition, and were resolved despite animals demonstrating continued hypersensitivity to evoked stimulation. In short, animals were still behaviourally indicating pain responses to tactile stimulation and in grip strain levels, though measured EEG indicated that as SWS levels had returned to baseline levels, sleep was no longer being disturbed. So what does this mean? The authors offer only a few brief speculations as to the nature of these changes, but focus instead on the proposal that changes in SWS is a valid measure for the study of chronic and acute pain perception. It should also be acknowledged at this point, that this experiment was not designed to provide insight as to the mechanisms connecting pain perception and sleep architecture.

Up next:  critique of the study 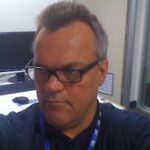