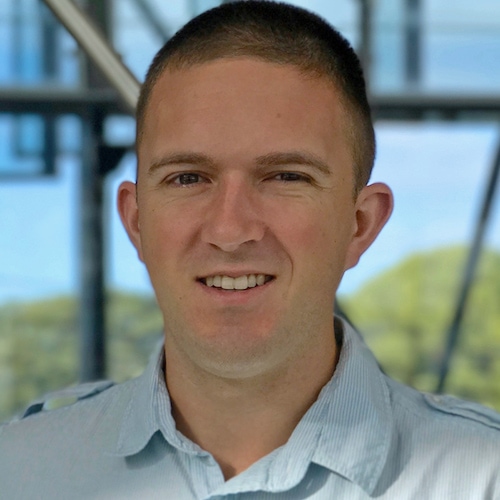 Many of us will have heard of the visual blind spot, scotomas (an area of partial or complete loss of visual acuity in an otherwise clear field of vision) and phantom limb sensations, but what do these have in common? They show us that despite a void in our perceptual field, we can maintain a somewhat stable perception. Compensation for the missing sensory input is thought to occur by reference to sensory information from the surrounds and prior experience. Surprisingly, this filling-in process is so robust that clinicians often report that visual scotoma patients are unaware of any visual deficit. In contrast, missing tactile inputs to the body distort perception of not just external touch but also of the shape of the body itself.

Perception of a missing area

There are many clinical examples of altered touch inputs, at various stages of tactile processing, as seen peripherally in amputee patients and centrally via brain lesion to somatosensory areas. We can learn more about how the size and shape of the body is reflected in the brain from these cases, or experimental simulations of them. For example, two vibrating stimuli placed close enough together on the arm are perceived as a single stimulus at a location in between their physical positions. We can shift the perceived location of the stimulus by changing the relative intensities of the two stimuli.

The perceived location of the touch is also dependent on its temporal properties. If the two touches are given sequentially, the location of the first touch is displaced towards the second touch. As the time interval between the touches is reduced their localities are perceived as closer together. This effect may represent predictive processing in the somatosensory cortex, that two touches arriving close together in time are likely located close together in space (Wiemer et al. 2000).

Interestingly if attention is cued at either location, the perceived positions are shifted toward this location. At short inter-stimulus intervals participants sometimes perceive the touches as indistinguishable from continuous motion on the skin but only if they are instructed to attend to motion rather than location. We can force the percept of illusory motion if the untouched patch of skin is traversed by a motion stimulus. It appears that the motion surrounds fill-in the untouched patch, such that it feels like one moving stimulus. If these stimulus configurations were persistently repeated might we also see changes to the neural representations of the spatial properties of the body?

In my own experiments a paintbrush was moved back-and-forth along the forearm. Critically we inserted a 10cm gap in the middle of the motion. After every motion we touched the arm at one of four locations, and participants pointed to where they felt the touch. We only achieved a 1-2cm positional after-effect towards the middle of the tactile scotoma that persisted for seconds but completely attenuated within minutes (Brooks et al. 2016). We believe this was most consistent with tactile receptive field reorganization. Other studies have achieved substantial (Braun et al. 2000) but not predictable (Craig 1993) cortical or perceptual changes, but only with hours and hours of vibratory stimulation of the skin surface.

Other behavioural evidence for reorganization comes from the referred sensations often experienced by amputees, but there is contention over how such changes occur. Previously it was believed that surrounding cortical regions overtook, or invaded the removed patch. However, recent evidence suggests this may not be the case, with higher resolution measurements indicating the surrounding regions enlarge but do not invade on the removed patch’s representation (Makin et al. 2015). Even if we are not sure how cortical reorganization is achieved, we might be able to leverage changes in body representations from bodily illusions to treat sensory impairments.

Can we use the link between perception and cortical reorganisation to treat pain?

As mentioned above it seems that different features of the surrounds of a missing patch can be filled-in and that this process in modulated by attention. Some have also found that cold-stimuli can be filled in (Cataldo et al. 2016), which may be subserved by the same afferent system as pain. Another study found that painful stimuli applied to the second and fourth fingers spreads to the middle finger (Seckel et al. 2012). However, to my knowledge no one has tried using non-painful stimuli to see if a painful body region can be filled-in with non-painful sensation. Using moving stimuli may be best, as illusory filling-in of motion engages parietal cortex (Peelen et al. 2010), which takes inputs from touch, vision and pain and has a role in embodiment. If it worked as a short term after effect it would be relatively easy to extend to a study with more exposure to the stimulation.

Future studies need more extensive periods of stimulation to overcome a lifetime of experience and may need to extend illusions from often rather contrived lab settings to those that use movement and multisensory feedback. We are yet to consistently achieve substantial lasting changes to body representations. It is not clear if experimenters have failed to find substantial aftereffects and subsequently not reported them, or if there are untapped processes through which body representations update. 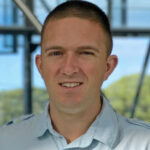 Jack is a PhD student at Neuroscience Research Australia, University of New South Wales. His interest in proprioception and body representations began when he dabbled in the circus arts. He is currently writing his PhD thesis, which focuses on how we know where we are touched.