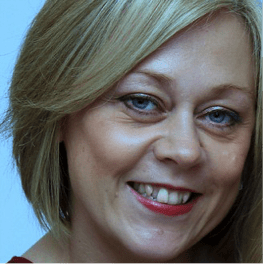 It has long been acknowledged that persistent musculoskeletal pain can be influenced by environmental factors, with an important source being the interaction between the pain sufferer and their ‘significant other’ (spouse/partner/relative). It is proposed that significant others can reinforce an individual’s unhelpful pain cognitions, such as fear of movement, catastrophizing, and pessimism about treatment effectiveness, possibly as a result of their own unhelpful beliefs about pain (Leonard et al, 2006, McCluskey et al, 2014a). It has also been shown that overly-solicitous behavior from significant others can reinforce potentially detrimental behaviors in their relatives with pain, such as over-use of pain medication, disturbed gait or limping, unduly resting/lying down, seeking compensation, or absence from work (Haughli et al, 2011).

This focus on the positive and supportive role of significant others adds to the under-represented ‘social’ dimension of the biopsychosocial model currently applied to the understanding and treatment of pain, and indicates that significant others could be useful assets in pain management and vocational rehabilitation programmes. However, this is a complex interpersonal process that needs to be better understood. For example, it has been suggested that empathic responses from significant others build intimacy, enhancing adjustment to pain (Cano & Leong, 2012). However, empathy could also easily translate into solicitousness, which may be viewed by some as an indicator of relationship strength, but which has a negative effect on pain outcome (Rosland et al, 2012). Significant others themselves may also have their own support needs in order to reduce the burden placed on them and help to attenuate any maladaptive appraisals of persistent pain (Campbell et al., 2011; Snelgrove and Liossi, 2013).

The most recent evidence and healthcare policy suggests that self-management strategies are most effective when employed in collaboration with an individual’s sources of ongoing social support. Support from significant others will become increasingly more important due to the growing demands placed on healthcare as a result of an ageing population. Further understanding of the role of significant others in this context may usefully inform more effective means of assisting those with persistent musculoskeletal pain to deal with the behavioural and affective components of their condition. 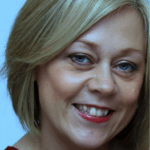 Dr Serena McCluskey is a Chartered Psychologist and Senior Research Fellow at the University of Huddersfield whose research interests focus on the psychosocial influences on musculoskeletal pain and work participation. Serena has undertaken several UK government-funded research projects in this area, and is currently developing an area of research exploring how ‘significant others’ (spouses/partners/relatives) may support self-management and work participation for individuals with persistent musculoskeletal pain.