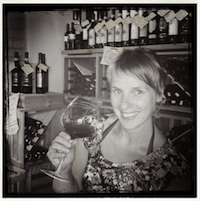 Last year, I visited Lorimer’s group in Adelaide for about 7 months. During my stay Down Under, I intended to plan as many true Aussie experiences as possible. One of them is of course Outback camping, an activity that requires refined survival skills and that one should not undertake, unless well-prepared. Packing plenty of food and water supplies, just to name one thing. Another skill that might increase your chances of survival is a good sense of navigation; it might be useful to find your tent back after a long hike when you are getting exhausted and are slowly running out of water. Another, valued handiness is the ability to separate the edible from the poisonous foods. You could have picked up such knowledge in books, because somebody else told you what you can and cannot eat or by direct experience. Imagine that during your last hike, you enthusiastically stuffed yourself with wild blue berries (conditioned stimulus, CS), and got very sick (unconditioned stimulus, US). On your next trip, you might wisely step away from the berries and just pack enough trail mix. This reluctance to eat the berries (conditioned avoidance response, CR), shows that you have learned that these blue berries will cause serious trouble (i.e. conditioning experience). Also berries that look very alike you might refuse to eat (stimulus generalization), no need to argue that this behavior is adaptive. However, imagine that the other important skill -navigation- failed, and after wandering through the bush for 24h, running out of food and being afraid that you will starve to death, you encounter red bush berries. They have a different shape and color: should you eat these berries? There is a good chance that these berries are not toxic (before the blue berry incident, you had plenty of edible red berries), so if you overgeneralize this learned avoidance behavior to all sorts of berries, it might become maladaptive and might have a detrimental outcome (news flash: “Belgian girl found dead in the bush”).

Now, what this all has to do with chronic pain?

Increasing evidence supports the notion that pain-related fear plays a key role in the transition from acute to chronic pain disability [1,2]. Basically, fear of pain can be acquired by a experiencing (increased) pain (US) when performing an initially neutral movement (CS). In chronic pain patients, fear and avoidance however are often not restricted to movements/activities that were associated with pain during the initial pain episode (i.e. conditioning experience). An intriguing question entails how spreading of pain-related fear and avoidance in chronic pain occurs. As I explained with the bush berry example, conditioned fear responses might extend to a range of novel stimuli resembling the original fear-eliciting CS. In particular, more similar generalization stimuli (GSs) will activate more similar responses (i.e. generalization gradient). In essence, stimulus generalization is highly adaptive, because the ability to detect similarities between unique but related stimuli may contribute to avoiding harm in a dynamic environment [3]. Yet, together with reducing the risk of missing positive threat alarms, generalization bears an increased risk to respond to false threat alarms, which might be the case in persistent fear and avoidance behavior in chronic pain. It is recognized that in other anxiety disorders overgeneralization of fearful responses is a crucial pathogenic marker [4].

A recent study in our lab [5] investigated stimulus generalization using a voluntary movement conditioning paradigm in which, one joystick movement (e.g. left, CS+) was followed by a painful stimulus and another was not (e.g. right, CS-) in the predictable condition, whereas pain stimuli were never paired with the movements (e.g. up and down) but delivered during the context in the unpredictable condition. In this set-up spreading of fear to novel diagonal movements (left-top, right-top, left-bottom, right-bottom) was tested. Results indicated that in the predictable pain context, pain-related fear spreads selectively to novel movements proprioceptively related to the original CS+, and not to those resembling the CS-. In the unpredictable context, non-differential fear generalization was observed. These diagonal movements (GSs) had only one feature in common with the either the original CS+ or CS-, hence gradients could not be calculated.

Therefore, another study [6] was designed to examine generalization gradients in pain-related fear. We adapted the voluntary movement paradigm using six GSs with varying levels of similarity between the original CS+ and CS-. In the predictable group, one movement (CS+) again was followed by pain and another was not (CS-), but in the unpredictable group, painful stimuli were delivered during the context alone. Fear was measured via verbal ratings and eyeblink startle responses. Results indicated that cued pain-related fear spreads selectively to novel movements that are proprioceptively more similar to the CS+ than to those similar to the CS- in the predictable group, but not in the unpredictable group. This is the first study to demonstrate a generalization gradient of cued pain-related fear. However, this effect was only present in the startle eyeblink responses, but not in the verbal ratings. Taken together, this paradigm represents a novel tool to scrutinize the largely understudied phenomenon of the spreading of fear and avoidance in patients with chronic musculoskeletal pain and mapping possible pathological differences in generalization gradients and the spreading of pain in patients as compared with healthy controls. 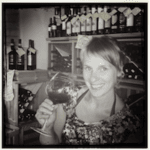 Ann is currently working as a postdoctoral researcher in the Research Group on Health Psychology at University of Leuven together with Johan Vlaeyen. In 2012, she grabbed the exciting opportunity to travel Down Under for a 7-month stay at the Body in Mind group – an unforgettable and inspiring experience. Also in 2012, her project “Fear generalization as a pathway to chronic widespread pain” was one of the winners of the prestigious EFIC Grünenthal Grant (EGG 2012) supporting young scientists early in their career to carry out innovative pain research. From October 2013, she will start working as a postdoctoral fellow of the Research Foundation Flanders (FWO), a 3-year grant that was awarded to further pursue her interest in the role of context in generalization, extinction and return of fear of cued and contextual pain-related fear.