Sex Differences in Knee Osteoarthritis: Not Just a Joint Issue 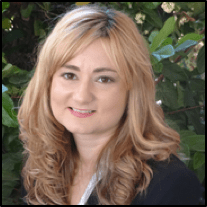 We have heard it countless times – Men are from Mars, Women are from Venus, a phrase (and dare I say, grossly overused one) coined by the author, John Gray, to denote the ubiquitous differences in communication and relationship styles existing between men and women. His book, by the same name, has certainly resonated with popular culture, evidenced by the over 50 million purchased copies since the 1990’s and referred to by some as “the relationship Bible.” While the book has been met with critical appraisal, it has also spurred on increased interest in the study of sex differences across numerous fields including medicine, psychology, sociology, and physiology, to name a few.

Pain seems to be no exception to this interest, as countless studies have embarked on the journey of understanding how and why men and women differ in their experience of pain – both from a biological and psychosocial standpoint. When we consider all of the studies on this topic, it seems evident that men and women cope differently with pain, as well as vary in their response to experimental (laboratory) pain sensitivity and pain treatment (both pharmacological and non-pharmacological). And, we are well aware that the frequency of pain appears to manifest itself differently among the sexes, with numerous persistent pain conditions being overrepresented in women, relative to men [1, 2].

These effects also hold true in knee osteoarthritis (the population target for our study), as female sex contributes to increased prevalence, pain, disability, and advanced stages of the disease. Treatment of knee OA can be relatively complex, primarily because the degree of pathology observed in the joint doesn’t correlate very highly with the amount of pain reported [3]. Therefore, structural pathology probably doesn’t fully account for pain symptoms in this group and there is even some speculation that central sensitization may contribute to knee OA pain [4]. Yet, what about observed sex differences? Could women possibly have a greater central component to their knee pain than men?

This is exactly what our group sought to explore in a recently published paper in Arthritis Care & Research [5]. We recruited 288 men and women from the community, between 45-85 years of age, who reported persistent knee pain. Participants completed a series of questionnaires measuring clinical pain, a physical performance test examining lower extremity function, and a quantitative sensory testing battery using measures to assess sensitization at both the knee joint and areas well outside of the knee. This was important to measure because if sensitivity was observed at areas distant to the affected site, this could suggest potential alterations in central pain processing.

Let me try to encapsulate the results in just a couple of points:

This wasn’t the end of our search, however. As a secondary analysis, we divided our participants into two age groups – a middle-aged (ages 45-56) and an older-aged (ages 57-85) cohort, and examined whether sex differences varied across age. While we found some evidence of age differences in pain perception, differences between men and women were generally the same regardless of age.  The only exception was that women were more sensitive to cold pain than men, but only among older adults.

Overall, the findings are consistent with previous research – women with knee OA were not only more sensitive to sensory stimuli, but they also exhibited greater temporal summation (a marker of central sensitization) and had a higher degree of widespread pain. What is more, increased sensitivity was observed across multiple body sites – both at the knee and in other sites outside of the knee. Could this possibly mean a greater central component to women’s knee OA pain? Perhaps yes, although more studies are needed to confirm this.

A common question to these findings is whether report bias may have played a role. That is, did our findings arise because women overreport pain or men underreport it?  We think not… at least not fully, because if this were a strong determinant in our results, we would also expect that self-report measures of clinical pain and disability would have shown the same pattern as our experimental findings. However, it could be that other unmeasured psychosocial factors (e.g., gender roles, expectations) influenced real-time laboratory assessment of pain, rather than retrospective report measures.

In consideration of the above-mentioned differences, can we apply these findings clinically? While it may not be as simple as prescribing a pink pill for women and a blue pill for men, treatments could be targeted to dampen central nervous system excitability (e.g. centrally-acting therapies) in knee OA patients exhibiting phenotypic features of central sensitization. For those with a strong peripheral component to their knee pain, NSAID’s or topical applications may be more beneficial. Taking on a mechanistic approach to treatment and intervention may be a potential avenue for reducing known pain disparities in men and women with knee OA. 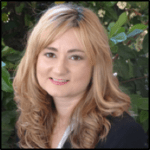 Emily Bartley is a Research Assistant Professor at the University of Florida, College of Dentistry, Pain Research and Intervention Center of Excellence (PRICE). While she has many interests – understanding sex differences in pain being one of them, she has also taken a keen interest in the contribution of positive emotions to pain management. In particular, her current research focuses on understanding adaptive processes that foster resilience in pain, with an emphasis on the development of targeted clinical interventions that promote positive health and coping. She is currently the co-chair of APS’s Special Interest Group in Psychosocial Research.