Biased towards pain: the role of expectancy in impaired selective learning in fibromyalgia patients

Home / Biased towards pain: the role of expectancy in impaired selective learning in fibromyalgia patients 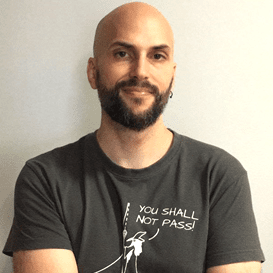 Associative learning is the process by which people and animals learn that two events or stimuli occur together. One of the evolutionary advantages of associative learning is to identify predictors of adverse situations or consequences (i.e., those that produce harm), so that we can anticipate and avoid them. For example, a person suffering from back pain could realize that certain movements elicit sharp pain in his/her back and, consequently, (s)he could avoid these movements whenever possible.

In addition, making these types of predictions involves discrimination between different stimuli or situations. That is, we would like to tell apart those situations that are often followed by an adverse consequence (such as pain, failure, etc.) from those that are not, so that we can effectively adapt our behavior to one or the other scenario. So predictive learning has a discriminative, or “selective” goal. However, previous research has shown that, under certain circumstances, learning about aversive stimuli (such as pain) is not sufficiently selective. In particular, healthy participants with high levels of subclinical trait anxiety tend to overgeneralize their aversive outcome expectancies to stimuli that are in fact safe, which indicates that their learning about threatening situations is less selective than that of healthy controls with low levels of trait anxiety [1]. As a result, if certain sports or activities (but not others) were followed by painful episodes in the past, people with high levels of trait anxiety might end up avoiding all related activities (e.g., all exercise), even the safe ones. In sumary, they deploy an excessive set of protective responses based on avoidance, reducing their quality of life.

In a recently published experiment [2], we investigated how patients suffering from a chronic pain condition (fibromyalgia) perform in a pain-related predictive scenario learning task. In order to do so, a group of patients and age-matched healthy controls (N = 54) completed a computer-based task in which a series of entries of a patient diary was presented. In this task, they could learn to predict whether a fictitious patient (Kim) would or would not experience pain following certain activities or situations (e.g., vacuuming, sleeping bad, etc.). Note that we did not administer any physical pain stimulation. Rather, we only used verbal descriptions (i.e. “pain” and “no pain”) as outcomes.

We used a “blocking” design [3] because this is the prime laboratory model to reveal selective learning. During the learning phase, the activities or situations in which Kim was involved each day possessed different types of predictive relationships with the pain. That is, participants first learned that Kim reported pain after a certain activity/situation (e.g., vacuuming), while other situations caused no pain (e.g., being stressed). In a subsequent phase, they were told that Kim did two activities on one day: one of them was a previously learned predictor of pain, while the other did not appear before (e.g., vacuuming and sleeping badly), and Kim reported pain afterwards. The typical blocking effect implies that healthy participants would conclude that, since they already learned that vacuuming produced pain, a bad night sleep must be less likely to produce pain, and hence the latter would not be threatening nor would it require protective action.

This result was indeed observed in our control participants. On the other hand, we found a different pattern in the fibromyalgia patients (see Figure 1). Although they were able to discriminate between situations that clearly produced pain (e.g., vacuuming) and those that were completely safe (e.g., being stressed), they failed to discriminate between the two activities in the blocking design (e.g., sleeping badly vs. vacuuming). This impaired selectivity appears even in an artificial, computer-based task that presents fictitious scenarios and verbal stimuli. 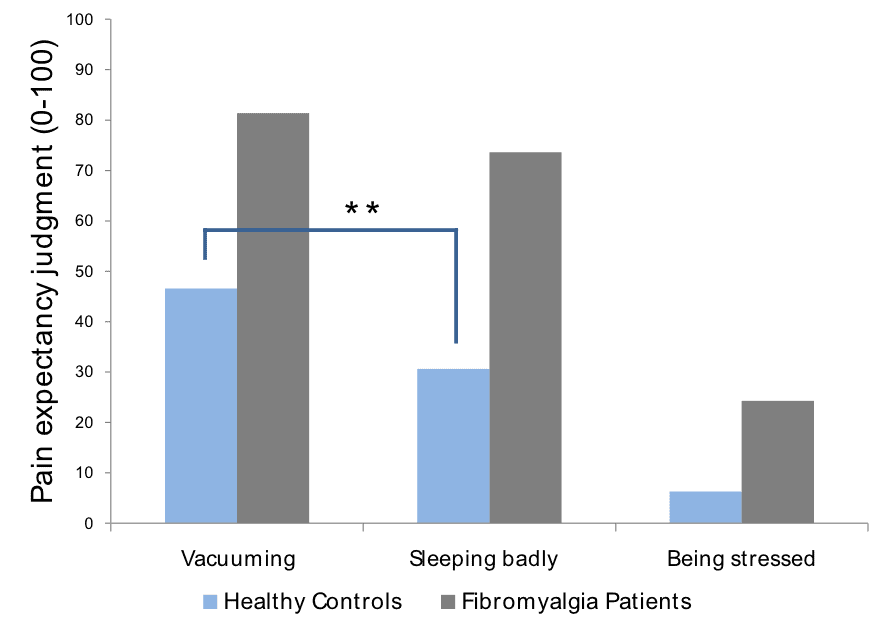 Figure 1. Results of the study in the Test Phase. Selective learning (blocking) appears when a new situation that is trained with an already known predictor of pain (sleeping badly) produces pain expectancy judgments significantly lower than a control situation (bad weather). Our results show that blocking occurs in healthy controls, but not in patients.

We propose that advancing our knowledge on how patients differ from controls in the way they select which stimuli are more likely to predict pain is highly relevant and useful, as it may help us design better strategies to cope with their conditions and to improve their quality of life. For example, they might be instructed in ways to learn to differentiate between safe and unsafe activities, such as trying the activities one by one, recording their experience of pain afterwards, and preventing “overgeneralization” from one activity to another. 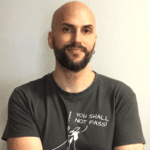 Fernando Blanco is lecturer in Psychology at the University of Deusto, Spain, working at the Experimental Psychology Laboratory (Labpsico). He is interested in the experimental study of human learning and reasoning, focusing on irrationality, cognitive biases and their consequences in health promotion (e.g., beliefs in pseudomedicine, treatment adherence, placebo…). He has been recently awarded a three-year grant by the Spanish Government to investigate how patients form subjective evaluations of the effectiveness of their treatments, and the ways we can improve their accuracy.