Pain, Disparities, and the Perils of the Endless Loop

Home / Pain, Disparities, and the Perils of the Endless Loop 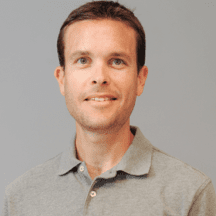 “I can’t stop thinking about how much it hurts!”

“I’m scared the pain will get worse!”

“There’s nothing I can do to make it better!”

These and related expressions may ring familiar to pain sufferers – their friends, family, and clinicians too. They are 3 of the many examples of catastrophic reactions that often occur around pain. More formally, pain catastrophizing is an emotional and cognitive response to pain that may include rumination, magnification, and helplessness (expressions 1, 2, & 3 above, respectively). A large body of literature has linked this style of reacting to pain with worse outcomes. A smaller literature has also identified sex and race differences in pain catastrophizing and suggests that these differences contribute to sex and race differences in the experience of pain. One limitation of this prior work is that it treats catastrophizing as a unitary construct, in effect ignoring the very real possibility that rumination, magnification, and helplessness reactions differentially contribute to sex and race differences in pain. Clarifying their unique and collective effects may lead to better-targeted treatments that improve pain outcomes and reduce pain-related disparities.

To this end, in a recent study[1] we had 172 healthy black and white participants put their hand in a 2⁰C water bath until they could no longer bear it (i.e., pain tolerance). This is rather painful – most people exceed 30 seconds but few hit our stopping limit of 3 minutes. Next, they completed an “in vivo” version of the Pain Catastrophizing Scale, rating how frequently they experienced various catastrophic reactions during the just-completed pain task. We ran multiple mediation analyses to estimate the extent to which the 3 components of catastrophizing mediated (each component independently and all components collectively) the relationship between sex and pain tolerance and between race and pain tolerance.

As expected, female and black participants showed a lower pain tolerance (specifically, they withdrew their hands from the water about 30 seconds earlier) than male and white participants, respectively. This is old news – similar results have been reported for years.[2-3] More interesting is the fact that catastrophizing mediated these sex and race differences, and this mediation effect was driven by differences in rumination but not magnification or helplessness. In simple terms: female and black participants ruminated more about the pain, and these differences were associated with a lower pain tolerance compared with their demographic counterparts.

The fact that women catastrophized more in our study – in particular, they ruminated more – is consistent with prior pain studies, as well as the broader literature on ruminative coping in response to stress. These differences may reflect gender-specific socialization pressures applied to and experienced by girls/women and boys/men. Others have also found that black individuals (healthy and clinical samples) more frequently ruminate about, magnify, and feel helpless in the face of pain than do white individuals. We speculate that this may be related to previous experiences of suboptimal pain care, personally and/or by close others, which may engender a more catastrophic perspective about pain among black individuals: “No matter what I do, my pain will be poorly treated and won’t get better.”

Replication is all well and good (apologies to the good folks at the Center for Open Science for damning you with faint praise), but what is new about our study is the suggestion that pain-related rumination, but not magnification or helplessness, is the critical component of catastrophizing when it comes to explaining sex and race differences in pain. Rumination has been shown to be more strongly related to pain than the other two components. Such rumination may arise from beliefs that pain cannot be adequately controlled – beliefs that are more prominent among women and black individuals.[4-6] Therefore, uncontrollability appraisals may be a key factor here, a possibility that deserves future research attention.

In terms of clinical implications, cognitive-behavioral treatments (CBT) are commonly used to address patients’ catastrophic reactions to pain. These treatments are generally effective, but only modestly so. It is possible that by tweaking them to focus more on the ruminative aspects of catastrophizing – CBTs typically take a more general approach – we might enhance their effectiveness, particularly among women and black individuals. Mindfulness- and acceptance-based strategies might also help on this front, as they have been found to reduce ruminative thinking associated with, inter alia, depression, cancer, and school-related stress. Such treatments have been examined among whites but much less so for other racial/ethnic groups, so this is an obvious gap that needs to be addressed – doing so may help reduce long-standing disparities in pain.

Of course, our study has several important limitations, perhaps most notably our healthy sample. We also recruited participants from the U.S., therefore, our results may not generalize to residents of other countries. This is important given historical and geographical factors affecting specific subgroups – e.g., black individuals from the American South likely have unique experiences that impact their pain coping and appraisal style compared to black individuals who lived through South African apartheid. Also important is that we collected data at only one time point and did not attempt to alter participants’ coping responses. To allow for stronger causal conclusions, future studies might collect data over multiple sessions and/or experimentally manipulate participants’ responses to the pain task – we are in the process of completing a series of studies that address the latter, so stay tuned… 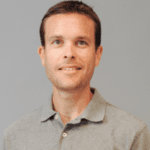 Adam is a clinical health psychologist and Associate Professor in the Department of Psychology at Indiana University – Purdue University Indianapolis. His lab conducts research on pain judgments and decision-making, perceptions of injustice in children/families dealing with chronic pain, and individual differences in pain expectations and coping. In addition to pain science, his lab spends a lot of time contemplating the wonders of dogs (canine, not hot), craft beer, and pastries