Response to the blog ‘Brain-targeted treatment in people with painful knee osteoarthritis in tertiary care: was it feasible?’

Home / Response to the blog ‘Brain-targeted treatment in people with painful knee osteoarthritis in tertiary care: was it feasible?’ 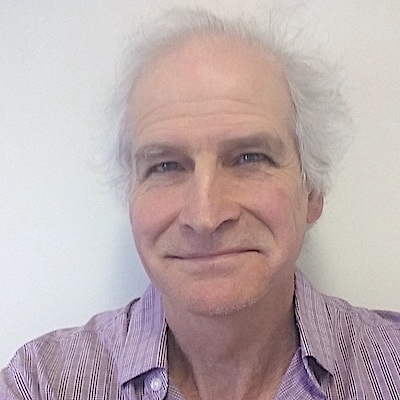 This is a very good summary and commentary regarding the osteoarthritis (OA) and brain training research project [1] that dominated several years of my life.

I work full-time as a clinician in the Osteoarthritis Hip and Knee Service (OAHKS) of Northern Health in Melbourne; hence I assess about 20 people each week with varying degrees of OA related knee pain. The role of the OAHKS is to optimise the non-surgical management of hip and knee OA and to facilitate timely orthopaedic surgical review for those who may require an arthroplasty.

After reading Lorimer’s publication [2] regarding two point discrimination (TPD) and low back pain, I started assessing TPD in some of the people with OA knee pain who were attending OAHKS. I found quite a bit of variation and some quite high TPD’s. So I excitedly contacted Lorimer about some research ideas; he said ‘whoa, whoa; wait a bit; there is some research being done right now which you should wait on’ [3,4]. This led to me working with Dr Tasha Stanton from BiM, planning a research study of my own.

One of the challenges in designing a research protocol was creating one that was feasible to fit into my usual clinical caseload. There was no funding available to allocate any extra time to the research or to employ a research assistant. As the project was not part of usual clinical care there was also no access to the Northern Health’s comprehensive interpreting service.

The project had the enthusiastic support of the Head of Orthopaedic Surgery and was well supported by the Physiotherapy Department management.

In reviewing the range of clinical presentations I thought I had a good idea of how quickly we would be able to recruit participants but recruitment was far slower than I had expected. After about 6 months we widened the eligibility criteria to include people with marked OA changes on x-ray (Kellgren Lawrence Grade 4) [5 ] which was not ‘irritable’. This helped to speed up the process a little.

In the busyness and sometimes mild chaos of the clinical day it was also a challenge to recognise a person being assessed as a potential participant. It was then a further challenge to fully explain the project to them, ask them if they would be interested, and arrange the initial assessment, including getting informed consent which took valuable clinical time. Given these challenges, I am sure that a few people slipped through who could have been participants. In our study, four people declined to participate, but overall, I think the acceptance rate was quite good (11 out of 15 people approached agreed to participate) and all those who were recruited completed the six week project.

A disappointment in the study was that none of the participants were able to complete the touch discrimination training component at what was considered a therapeutic dosage. The person they had expected would be able to assist them with touch discrimination training at home was either not available or not willing. This remains a challenge and was an important practical finding of this project.

As Pouya says; there were ‘… some interesting clinical findings…’. Based on my experience during this project and broader clinical observation, I think that specifically brain targeted interventions may play a role in some people with OA knee pain. All people included in this study would likely have been offered a knee arthroplasty if their pain had persisted or progressed and if they had wanted one. Two participants who had been offered an arthroplasty prior to referral to Northern Health Orthopaedics did well while avoiding arthroplasty. One of the participants had a knee TPD threshold of 90mm (normal range is 25 – 35 mm). In these two participants, their knees became pain free after continuing with the brain training and further open chain exercise following study completion (n=1) and after continuing with open and closed chain exercise following study completion (n=1). Of interest, both of the participants undertook more brain training (in terms of dosage) than the other participants.

During the project one patient (not included in the study) who had had a 35 year history of severe and activity limiting knee pain came through OAHKS. I describe her story in this NOIJAM blog – it is a remarkable story with some insights perhaps into what is an effective dosage of ‘brain training’. In brief, it wasn’t until she achieved quite a high dosage of left/right judgement training that her symptoms reduced. Indeed, the ‘minimally effective dosage of exercise’ for knee OA has become clearer since the project was completed [6].

I also note that writing up the research project for publication was also a challenge. Specifically, it was challenging to order one’s thoughts and have time to devote to it. Without the contribution of Super Alberto (aka Dr Alberto Marcos Heredia-Rizo) it would not have been concluded and so there was a great feeling of satisfaction and relief when the paper was eventually published; eight years after first assessing TPD on OA knees. 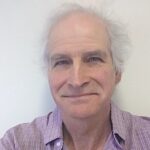 Anton studied at UniSA in the mid 1980’s obtaining a Grad Dip Advanced Manip Therapy and later worked in his own private practice in Mount Gambier for 20 years before moving to Northern Health in Melbourne ten years ago.

Anton developed an interest in pain in the early 1980’s when he treated a person whose clinical pain presentation did not make sense in the paradigm he was using at that time. He has been a member of IASP since 1989 and when he attended the IASP Congress in Adelaide and listened to Clifford Woolf describe his initial research into what has become known as Central Sensitisation he remembers very clearly going back to his host and saying excitedly “it is all in the brain!” He has been trying to work out what that really means for the past 30 years!