Reflections, imagery, and illusions: the past, present and future of training the brain in CRPS

Home / Reflections, imagery, and illusions: the past, present and future of training the brain in CRPS 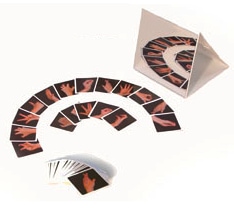 More than a century ago, Harvard Professor Charles Burnett described a set of experiments in which healthy volunteers moved their hands in front of a mirror(1). He reported that watching the reflection of their own bodies disrupted the movement and perceived position of their limbs. Since then, many philosophers and psychologists have used mirrors to exploit the dominance of vision over other senses and, by doing so, have uncovered some intriguing characteristics of perception and consciousness. It was not until the mid 1990s that mirrors were used to treat people in pain. Vilayanur Ramachandran, MD, PhD, wrote the first reports indicating amputees would feel their phantom limb ‘come alive’ and their phantom limb pain disappear when they watched their intact limb in a mirror(2). This neurological report offered help to a group of people with horrible and poorly understood pain. 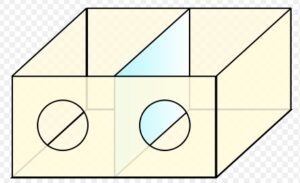 Phantom limb pain is still puzzling; the amputated body part still hurts, even though it is not even there! Phantom limb pain can also be disabling, distressing, and difficult to treat. Sound familiar? Well, the similarities between phantom limb pain and complex regional pain syndrome (CRPS) don’t stop there. Both conditions show a reorganization of the primary sensory cortex of the brain; the extent of reorganization in the brain relates to the intensity of pain(3,4). Both conditions are thought to involve peripheral (body tissue) contributors; in both, the pain seems to serve no practical purpose; phantom limb pain protects a body part that doesn’t exist and CRPS protects a body part that, arguably, no longer needs protection.

Perhaps it is not surprising then that a group of clinicians in the English town of Bath thought to try Ramachandran’s mirror therapy in patients with CRPS(5). In a controlled clinical trial, they reported some very exciting results; mirror therapy led to reduction in pain and other symptoms in patients with early onset CRPS, although it was not effective for those with chronic CRPS. Other researchers and clinicians were hot on their trail; case studies that reported successful treatment of CRPS with mirror therapy began to appear and clinicians began making, and soon swearing by, their own mirror boxes.

Why don’t patients with chronic CRPS respond to mirror therapy?

One possible explanation is that the neural networks that produce the signs and symptoms of chronic CRPS are simply too sensitive. There is some support for this explanation from studies in people with chronic CPRS; imagined movements have been shown to provoke pain and swelling, even when the limb doesn’t move(6,7), and seeing the affected limb being touched can cause pain, even when it is not in fact touched(8).

Why do brain networks that produce the signs and symptoms of CRPS become sensitive?

Increased sensitivity of neural networks is intuitively sensible. Sigmund Freud, a gifted neurologist as well as an influential psychoanalyst, coined the phrase “neurons that fire together wire together” to capture this property of neurons; the more a network of neurons is activated, the more easily it activates. On that basis, principles of physical upgrading were applied to training the brain, by developing a program that very gradually exposed the brain to movement of the affected limb. The approach, called graded motor imagery, involves a period of training in which the patient with CRPS is shown pictures of hands (or feet, if they have CRPS in a lower limb), and responds to each picture simply by recognizing it as a left hand or a right hand. After a couple of weeks, the patient moves on to imagined movements in which they respond to each picture by imagining moving their own hand into the position shown in the picture. The next stage is mirror therapy, followed by gradual functional exposure.

There have been three randomized controlled trials of graded motor imagery in patients with chronic CRPS(9,10,11), and the results are consistently good; there is a substantial reduction in pain and disability, with about 50% of the patients no longer fulfilling the criteria for CPRS at a three-month follow-up. It is not a quick fix however—patients practiced for about 10 minutes every waking hour—nor is it a panacea—some patients didn’t respond at all. Nonetheless, graded motor imagery is currently considered the best rehabilitation approach for people with chronic CRPS(12). That training the brain, using mirror therapy and graded motor imagery, can be effective for CRPS, emphasizes that brain mechanisms contribute to the syndrome.

Can the brain be targeted in other ways to provide pain relief or to aid treatment?

Can the brain be exploited in any other ways to help people with CRPS?

A recent study suggests that inducing the illusion that the affected limb is smaller than it really is may reduce the pain and swelling caused by movement of the limb(15). In this study, 10 patients with chronic CRPS, sufficiently severe to be provoked by movement, watched their affected arm as they performed a standard set of limb movements. There were four types of visual input: watching the limb, watching the limb through binoculars without magnification, watching the limb through binoculars that magnified the limb, and watching the limb through binoculars that made the limb look smaller than its actual size. The pain and swelling caused by movement was worst when the patients looked through the magnifying binoculars and best when they looked through the minimizing binoculars. This is a preliminary study and this effect needs further study before people go and buy binoculars! That such an illusion can modulate pain and swelling certainly raises the speculative, but not outrageous, possibility that illusions might be helpful in treating CRPS and other painful conditions.

In conclusion, the last few years have seen a definite ray of hope in the management of chronic CRPS. More work is required; many patients don’t respond, but many do. We now have a smattering of treatments—mirror therapy, graded motor therapy imagery, tactile discrimination training—that are helpful.

10. Moseley GL. Is successful rehabilitation of complex regional pain syndrome due to sustained attention to the affected limb? A randomized controlled trial. Pain. 2005;114:54-61.