With The Touch of One’s Own Hand

Home / With The Touch of One’s Own Hand 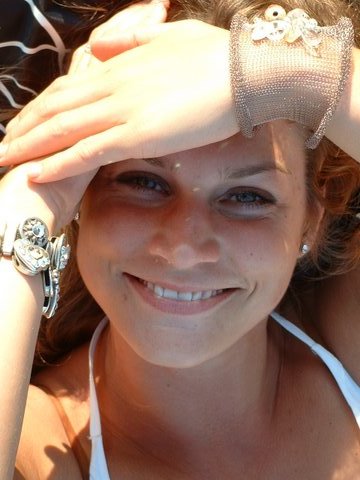 If you knock your hand arm on something sharp, what is the first thing you do? I bet most of you say ‘rub it better’.  We take that automatic response for granted but some very clever people in London, which is in England, have taken a very elegant (LJ take note of the use of that word here!) approach to investigating it. Marjolein Kammers from Patrick Haggard’s group at UCL has kindly agreed to tell us about it:

It is known that touch can reduce pain. Even if we do not know this explicitly, we all almost automatically grab a knee that we bump against a table, or rub a funny bone that we hit it on the desk.

The most common explanation for this is an interaction between the touch and the nociception pathways, whereby the noxious signal is thought to be suppressed by mechanical stimulation [1].

‘Rubbing the pain better’ seems to work both when you do it yourself and when someone else does the rubbing for you – especially parents probably know this. Why then are we nonetheless usually reluctant to let someone else touch our painful body part?

Self-touch has a very specific character: we are both delivering and receiving the touch at the same time. This makes the touching as well as the being touched predictable. This predictability is often used as an explanation for why we cannot tickle ourselves [2]. Furthermore, it might also explain why the same touch is perceived to be less intense when it is self-applied than when it is applied by someone else [3].

In addition, self-touch has been suggested to change the brain’s representation of the body, although the mechanism behind this is unclear [4]. Body representations are important for many different aspects of our daily life and core experiences of being human – feeling of body ownership, experiencing agency over our movements, and knowing where our limbs are in space. Importantly, disorganisation of these neural body representations has been linked to chronic pain [5]. For example, one hypothesis is that phantom limb pain after amputation results from the mismatch between the way the body physically is and the way the brain represents the body to be. Once the body representation is appropriately updated, the phantom limb pain is often reduced. This can also be modulated experimentally via the well-known mirror-box illusion [6]. The mirror provides visual feedback of the limb that is no longer there, thereby reducing the mismatch between the neural body representation and the physical body and often rapidly reducing pain.

However, the relation between the representation of the current state of the body and acute pain is less clear.

In a recent study we investigated this by looking at the effect of self-touch on pain. Our main finding is that when we increased the coherence of the neural body representation via self-touch, this reduced the sensation of heat pain.

In this study (published in Current Biology) we used a well-known experimental model of pain: the Thermal Grill Illusion (TGI) [7, 8]. In our version of the TGI, the index and ring fingers of one hand are placed in mildly warm water, while the middle finger is immersed in mildly cool water. Although each of these inputs is pain free in isolation, this specific pattern of thermal input generates a paradoxical feeling that the middle finger is painfully hot and burning. This is caused by selective unmasking of the nociceptive pathway by the unusual temperature configuration of the fingers. More specifically, Aδ firing in the cool middle finger is reduced by the surrounding warmth which unmasks the firing of the C-fiber nociceptive pathway.

Because the TGI is a funny sensation that is often difficult to describe, we used a matching task to see how much heat-pain participants were experiencing. To do so, we asked them to press their nose against a thermode and verbally change its temperature until it matched the sensation of their middle finger.

After induction of the TGI, we asked our participants to remove their hands from the water and to press the hands together. Only in the conditions where both hands experienced the TGI and were fully pressed together was there a reduction in heat pain. The lack of reduction in heat pain when participants pressed just some fingers together, or when they pressed their hand with TGI on the experimenter’s hand that was also in TGI, shows the importance of the “self” in self-touch.

We hypothesize that only the full self-touch TGI condition provides sufficient thermal, tactile as well as proprioceptive feedback to update the current state of the body into a more coherent whole. We know from previous studies that the brain brings together all the multisensory input from the body to create a coherent representation [9]. Although we do not know the exact mechanism for this, we propose the temporoparietal junction as a possible neural candidate. This region somatotopically codes temperature as well as pain, and is also modulated by proprioceptive input.

The next step is to understand the brain’s processing of coherence in body representation, and to investigate further its role in pain perception. We hope that one day self-touch can be applied as a useful therapeutic tool that may be effective in the treatment of pain. 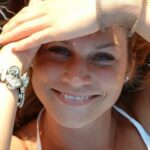 Marjolein Kammers is a researcher at the Institute of Cognitive Neuroscience which is part of the University College London, United Kingdom. In case you are not in the loop, UCL is a veritable hotbed of neuroscience and to even get a gig there is evidence that Marjolein is quite the performer.  Her PhD work was on the investigation of possible multiple body representations in healthy individuals. Now she has expanded her post-doc work to investigate acute pain and body representations.

She is originally Dutch and has close collaborations with University of Utrecht, the Netherlands as well – so every other week she can be found at one of the London airports, that is when she is not in the lab inducing pain in her participants.  The work that is the focus of this post was published in a posh journal – Current Biology – which, on the basis of how many papers from her group get published there (to get one Current Biology paper is, I think, a decent achievement), is becoming known around the traps as ‘Current Haggard’…… clearly she didn’t write this bio.