Extinction is the Path to the Light Side of the Force 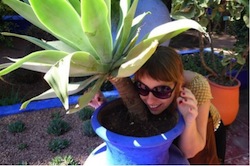 A Learning Theory Perspective on Pain-related Fear in Chronic Pain

Every saga has a sequel – well in the previous blog post on learning and pain-related fear in chronic pain, I explained how pain-related fear can be acquired through associative learning, that is, the systematic pairing of a neutral movement (conditioned stimulus = CS) with a painful stimulus (unconditioned stimulus = US). I introduced a voluntary movement conditioning paradigm using joystick movements as CSs and a painful shock as the US as an experimental tool to study pain-related fear in the lab as this would best mimic the prototypical fear of painful movement that has frequently been described by patients with musculoskeletal pain. Finally, I argued that pain unpredictability evokes another form of pain-related fear characterized by more general distress, worry, and chronic apprehension that is associated with increased pain intensity. In this blog post, I will focus on how we can reduce pain-related fear once it has been acquired.

If fear (acquisition) is the path to the dark side, then fear extinction is the path to the light side of the Force. Following a learning theory perspective, acquired fear of movement can be reduced by graded in vivo exposure therapy, or what is known as the clinical analogue of a Pavlovian extinction procedure. This cognitive-behavioral treatment entails gradual exposure to the feared movement/activity, usually following a fear hierarchy, until fear is reduced and daily functioning can be resumed. Initial evidence in patients with chronic back pain, complex regional pain syndrome, and posttraumatic neck pain suggests that exposure therapy is  effective in mitigating fear levels, functional disability, and pain report. Despite the apparent success of exposure in the clinic, fundamental research about its underlying mechanisms lags behind. Another question that remains to be answered is how to treat patients who do not have clear triggers for increased pain episodes, those demonstrating generalized pain-related fear.

In our most recent study with the joystick paradigm (Meulders & Vlaeyen, 2012), we investigated extinction of both types of pain-related fear, i.e., fear of movement (induced by predictable pain) and more generalized pain-related fear (induced by unpredictable pain). All groups received acquisition training in both the predictable and the unpredictable context. This means that in the predictable context, one movement direction predicted painful shock to the hand (e.g., moving to the left was followed by shock (CS+) and moving to the right was never followed by shock (CS-)). In the unpredictable context, painful stimuli were delivered unsignaled, so both movements (e.g., moving up/down) were explicitly unpaired with the painful shock. Next, the extinction group continued training in the predictable context, but the painful movement was no longer followed by shock; the context exposure group continued training in the unpredictable context but unpredictable shocks were omitted. The control group continued (acquisition) training in both contexts. Results showed more fear reduction to the CS+ movement in the extinction group than in the control group. In the unpredictable pain context, exposure to threatening contexts/situations decreased generalized pain-related fear. Interestingly, fear ratings for both unpredictable movements also diminished after context exposure. This means that movements that were never genuine predictors of pain, but that were performed in threatening/unsafe, started to elicit more fear than similar movements in a safe context. This “irrational fear” of technically safe movements was extinguished following context exposure (i.e., reducing generalized pain-related fear). Conceptualizing unpredictable pain as a laboratory model for generalized pain disorders, a feasible treatment strategy might be to expose patients to increasing physical activity in their feared contexts or daily life environment. If you are interested, read the paper. Of course, other features that might influence extinction learning merit further scientific attention in order to optimize exposure treatments e.g., subtle safety behaviors (Volders et al., in press), mood and motivational factors (Karsdorp & Vlaeyen, 2011), and individual differences in inhibitory capacity. 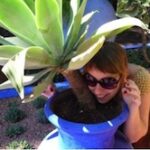 Ann is currently working as a postdoctoral fellow in the Research Group on Health Psychology at University of Leuven. During her PhD research (at the Center of Learning and Experimental Psychopathology) she was already flirting with fundamental learning theory and had a particular crush on classical conditioning models to experimentally study fear and anxiety in the lab. As true love never fades, her current ambition is to apply her fear conditioning expertise in the domain of chronic pain. Ann is particularly interested in pain-related fear conditioning and pain unpredictability, and more specifically in how predictable vs. unpredictable pain affects the acquisition, generalization, and extinction of pain-related fear and avoidance as well as how it alters the perception of pain itself.