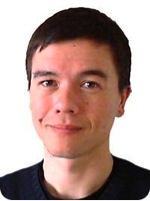 Customer satisfaction is a fairly useful metric for business. Most business owners will say that the relationship between a positive customer experience and profit is evident. In the health care industry, many will argue that patient satisfaction is directly associated with better outcomes and health status. Satisfied patients will be more likely to follow recommended treatments and maintain a positive relationship with their health care practitioner. But, if dissatisfied, patients may make services less effective, either by neglecting to seek care when needed or refusing to comply with a prescribed course of treatment. Because patient satisfaction can influence both the efficacy of care and the perceived outcomes of treatment, a solid understanding of the determinants of patient satisfaction is needed.

Satisfaction can be measured from a number of different perspectives. For patients, a distinction is usually made between satisfaction with their medical care and satisfaction with their symptoms. As a measure of care, satisfaction is a patient’s rating of the quality of the medical care process. This will include an evaluation of the patient-practitioner relationship, the location and accessibility of services, continuity of care, and costs. As a measure of treatment outcome, satisfaction is the patient’s rating of their health status or symptoms after a particular treatment intervention. This will incorporate the physical, emotional, and social outcomes of treatment.

In a recent analysis, we aimed to determine predictors of satisfaction with care and symptoms in patients with acute low back pain (LBP), 1 year after presenting to primary care (Henschke et al. 2013). The study was a secondary analysis of a cohort of 1343 patients presenting with LBP to primary care. Logistic regression models were used to predict satisfaction with care and satisfaction with symptoms at the 12-month follow-up. We found that 12 months after visiting their primary care practitioner, most patients were highly satisfied with the care received (76%) but only a smaller proportion with their symptoms (55%). Interestingly, no differences in patient satisfaction were found with respect to the 3 different primary care professions (GPs, physios, and chiropractors). Patients who reported poor general health and who had more symptoms of depression at the initial visit were less likely to be satisfied with their symptoms at the 12-month follow-up. After controlling for pain intensity, higher satisfaction with medical care was more likely in patients born in Australia, who were older, and who had fewer symptoms of depression.

Research into patient satisfaction is growing, with one recent systematic review reporting that features contributing to high satisfaction with physiotherapy care include the skill, knowledge, professionalism, and communication provided by the therapist (Hush et al. 2011). When considered with the results of our study, the importance of the patient-practitioner relationship and the influence of pre-existing cultural (i.e. country of birth), demographic (i.e. age), and psychological barriers (i.e. depression) is highlighted. To improve service delivery in primary care, it is important that practitioners are aware of these barriers and their potential to influence a patient’s satisfaction with medical care. 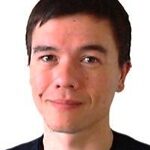 Nicholas is originally from Sydney, where he studied physiotherapy and completed his PhD on acute low back pain. After two years enjoying life as a post-doc in Amsterdam (following a year off to travel), he returned to work at the George Institute in Sydney.

Having an interest in epidemiology and global health, he has recently taken a research position in the Institute of Public Health at the University of Heidelberg, Germany. Along with musculoskeletal pain conditions, Nicholas also researches stroke rehabilitation and social determinants of health.